A Stitch in Time

Void presented a series of workshops as part of the ACNI funded Arts & Older People Programme titled A Stitch in Time – a multi-disciplinary contemporary art project that incorporates textiles, filmmaking, painting, drawing, storytelling & poetry, printmaking, reminiscence and exhibition. A team of experienced and trained artist facilitators worked with participants from the third & fourth age sectors including: active age groups, nursing homes, day care centres, community groups, carers associations and government funded bodies. We worked both onsite in Void as well as in offsite locations, bringing the gallery and this project to people who cannot physically come to Void.

At the turn of the 20th century, Derry’s skyline was dominated by the smoke rising from the chimneys of the city’s shirt factories. More than 30 firms in Derry made shirts and collars, employing in the region of 7,000 women / girls and thousands more out-workers in surrounding districts. A female workforce powered much of the industrial development of Derry, and produced some of the finest shirts in the world.

Derry was and still is, rightly proud of its world-famous shirt-making tradition. As a highly regarded contemporary art gallery located in one of the city’s largest and only remaining shirt factories, we are eager to develop an inclusive project using contemporary art to reflect upon the historical, cultural and social significance of the linen industry here.

It has huge meaning that this programme took place in one of the city’s largest shirt factories. Void is located in the City Shirt Factory which runs the length of Patrick Street in Derry. It’s a very well known four-storey brown and yellow brick building, four elegant art nouveau-style lampposts in muted green line the pavement outside. The City Shirt Factory which was opened by McIntyre, Hogg & Co. in Queen Street in 1863 employed thousands of men and women over the next 130 years or so.

From having regular conversations with people who are connected to this factory, our aim with this project is to be able to promote social inclusion and honour that relationship between the people in this area and the building that we now inhabit. It seems that this is our absolute responsibility, to take the stories and the people who are still very much active and engaged in society, and provide a space for the telling and creation of their story in a way that bears witness to the thousands of women and men who inhabited this building before Void came along.

We see ourselves as strengthening the voice of older people in this way. We are aware that there are other archives to the Linen Industry for example in the Tower Museum, but the fact remains that this building is a physical shirt factory that one can still enter. We must create avenues for contemporary exploration, creative programming and social inclusion.

This project gives centre stage and a platform to the voices of the participants as it gathers and archives their stories, experiences, histories and skills through a range of mediums. Their lived experiences is at the heart of the project.

Void ran workshops with community groups as well as those which were open to the public.

The programme is part of the ‘Stitch in Time’ project and aims to provide an opportunity to explore the photographic cyanotype process with the materials associated with shirt factory, and the history of womens’ contribution to labour and capital within the city. The ‘Shadow Stitching’ tile is a reference to the shadows cast during the cyanotype process, and the ‘stitching’ of textile production. In this 100 year anniversary of Womens’ Sufferage, the creative programme will connect the historical photographic process of cyanotype with the processes of textile garment making, linked by the work of Anna Atkins, the producer of the first photographic book. Participants will print images on both paper and fabric, creating new, individual pieces that reference the marching banners associated with sufferage and the trade union movement.

This comprised of a five week textile printing workshop inspired by the history, people, and stories behind the shirt factories. These took place offsite at Seven Oaks Care Home.

During this 8 week programme participants learned, explored, and experimented with a method called Strip Piecing. Strip piecing is an easy way for using your scraps to create interesting and lively fabric arrangements. Traditionally used to make Utility Quilts, strip piecing also lends itself to many contemporary designs.

​During this 4 week programme, artist facilitator Denise Blake worked with people of all ages leading intergenerational writing workshops exploring the stories behind the shirt factories. Stories and notebooks chronicling the women in the factories and memories were created.

​During this 4 week programme, resident artist facilitator Karen Cassidy worked with women living with dementia from the Seven Oaks Care Home. They made colourful dyed handkerchiefs in a variety of styles. On the last week, Karen visited the women in the care home, where they made various arrangements with the handkerchiefs – and they even made napkins in the shape of shirts.

This comprised of a five week textile printing workshop inspired by the history, people, and stories behind the shirt factories.

Louise Walsh spent a month in 1991 in this building when it was a functioning shirt factory called The City Factory, she drew the female factory workers as they worked at various stages of the shirt making process. In 2006 and 2013 she recorded conversations with Shirt factory workers.

These recordings uncover the unique perspectives of skilled and vibrant Derry workers, highlighting their creative and story-telling talents, engagement with the special impact that the shirt factory industry has had on the development of Derry. Many muse upon the importance of this building and how their lives and the society of Derry was shaped by the many facets of the Shirt Factories.

As part of the Stitch in Time project, Void presented both the drawings and the recordings in the learning space.

This project was kindly funded by The Arts Council, The Baring Foundation, and the Public Health Agency. 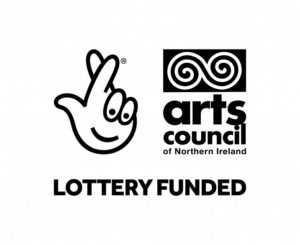 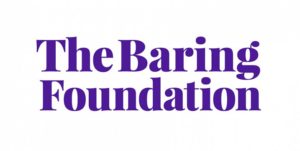