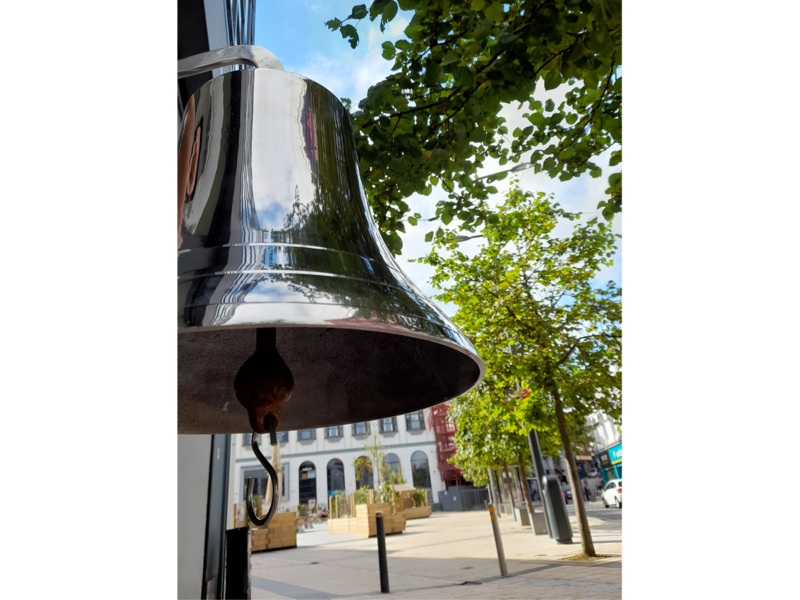 Funded by Department of Foreign Affairs and Trade

Drinks will be served

Void Gallery is delighted to announce details of forthcoming finissage event for its ambitious outdoor public art sculpture project by artist David Beattie as part of our Void Offsites programme.

To celebrate the culmination of David Beattie’s sculptural commission, join us at Void Gallery for the publication launch of Listening to Places: exercises toward environmental composition by Robin Parmar.

Robin Parmar explores the phenomenology of place and the poetics of memory using non-narrative film, generative installations, and environmental composition. Interests include psycho-acoustics, visual music, field recording, radiophonics, and epistemologies of nature. He has released eleven albums of music and curates the label Stolen Mirror. Robin has a doctorate in Sonic Creativity from De Montfort University (Leicester, UK) and is Lecturer in Video, Film, and Visual Communication at the University of Limerick (Ireland). He is Vice-President of the Irish Science, Sound, and Technology Association (ISSTA) and is on the editorial board of Interference: Journal of Audio Culture.

In addition, a temporary sonic event will be held each day at high and low tides to mark the ebb and flow of the River Foyle. The nearby bell will be rung daily from the 20 – 27 of July as part of Slowtime, a multi-part project by artist David Beattie.

David Beattie’s sculptural commission addresses place, the environment, and our relationship to time through the rhythm of the tides. Beattie places community participation at the heart of the project; inviting the local community to consider the ebb and flow of the river, encouraging participants to rethink their relationship with the river and their natural environment, prompting introspection and an examination of personal and collective histories. In this period of lockdown, the river has become a central point, giving people access to nature and to commune with the idea of slowing down. In Rebecca Solnit’s book, Wanderlust: A History of Walking, she says, “The rhythm of walking generates a kind of rhythm of thinking, and the passage through a landscape echoes or stimulates the passage through a series of thoughts. This creates an odd consonance between internal and external passage, one that suggests that the mind is also a landscape of sorts and that walking is one way to traverse it. A new thought often seems like a feature of the landscape that was there all along, as though thinking were travelling rather than making.”

David Beattie is an artist and lecturer based in Dublin, Ireland. Beattie’s sculptural practice explores the material world through experiential, physical engagements with objects and non-objects. He was a recipient of the Hennessy Art Fund for IMMA collection in 2016 and his work was recently acquired by the Arts Council for the National Art Collection in 2021. His work has been exhibited nationally and internationally including Void Offsite Commissions, Derry (2021), The Glucksman (2019), Berlin Opticians (2018 – 2019) TULCA Art Festival, Galway (2017), CCA Derry-London- derry (2017), Irish Museum of Modern Art (2017+2013), and The Mattress Factory Art Museum, Pittsburgh (2010).

Funded by the Department of Foreign Affairs and Trade, the Government of Ireland. Supported by Derry City and Strabane District Council.