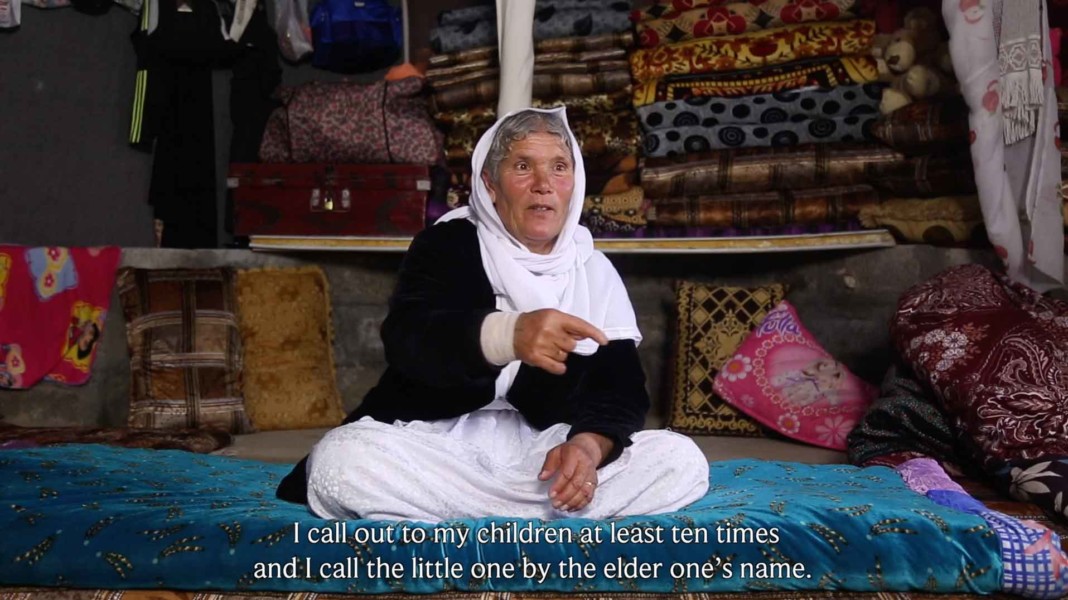 Join us for an online in conversation between Erkan Özgen, exhibiting artist in Void’s current Above Us the Milky Way Erkan and Mary Cremin, Director of Void Derry. They will discuss the work in the exhibition Purple Muslin (2018) and his overall artistic practice.

Erkan Özgen (Derik, Turkey, 1971) lives and works in Diyarbakır. He graduated from Çukurova University Painting Department in 2000. He works on video based installations and has participated in group exhibitions in Turkey and abroad. Most of his recent films deal with migration and human rights. The film Purple Muslin premiered at Manifesta 12 (Palermo, Italy, 2018), winning unanimous public acclaim.

Many who are forced into exile face forced migration and the burden of carrying the past into the present and future. The legacy of war, the repression of minorities and women, and the trauma that seeps through the generations forms the focal point of this exhibition.

Displacement due to war and conflict has significant implications on people’s sense of place and culture. Women and girls suffer disproportionately during and after war, as existing inequalities are magnified and social networks break down, making them more vulnerable to sexual violence and exploitation. Erkan Özgen’s movie Purple Muslin (2018) was created in collaboration with Yazidi women who escaped the menace of the so-called Islamic State of Iraq and al-Sham forces and sought refuge in Northern Iraq. The film is an inquiry into the ways in which these women cope with their traumas in an environment full of violence.

This event is free but booking is essential. A Zoom link will be sent prior to the event.