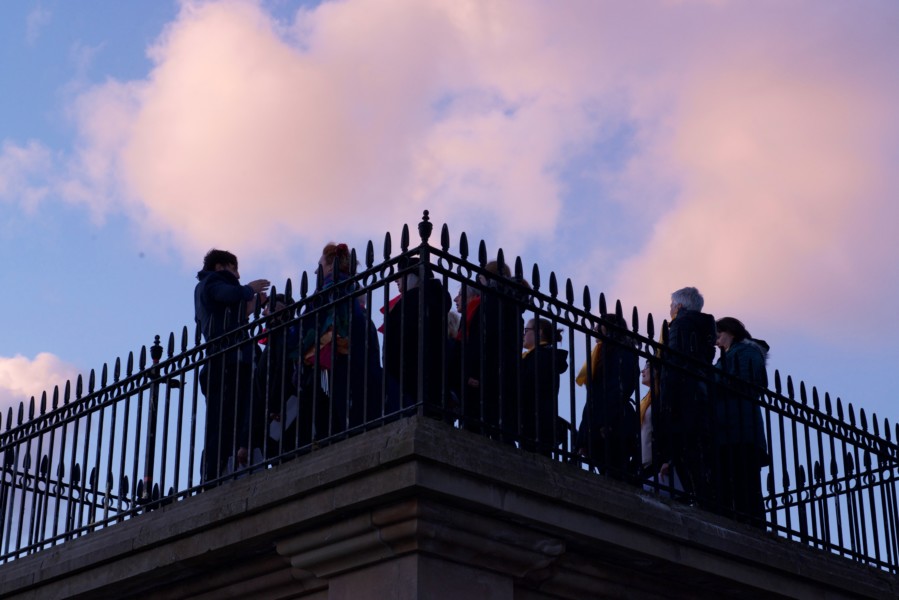 On Culture Night 2018, we were delighted to welcome Alex Cecchetti and Voices of the Foyle – Glórtha an Fheabail as they sang every variation in a landscape as if they were in front of a music score – as part of The Astronomic Weather Choir. From the clouds in the sky, to the breeze on top of the trees, from the celestial movement of the moon to the flickering appearing of the first stars of the evening, the choir sang atmospheric events like rain and fog and also astronomical events that happened in front of them, such as the movements of astral objects.

In association with the Derry Walls, the Siege Museum and Derry 400.

This event is part of the exhibition at Void by Alex Cecchetti At the Gates of the Music Palace with support by the Elephant Trust, the French Embassy, Institut Francais, Dulux.

In partnership with Spike Island.

Void Gallery is supported by the Arts Council of Northern Ireland, Derry City and Strabane District Council, with events sponsored by Northbound Brewery.