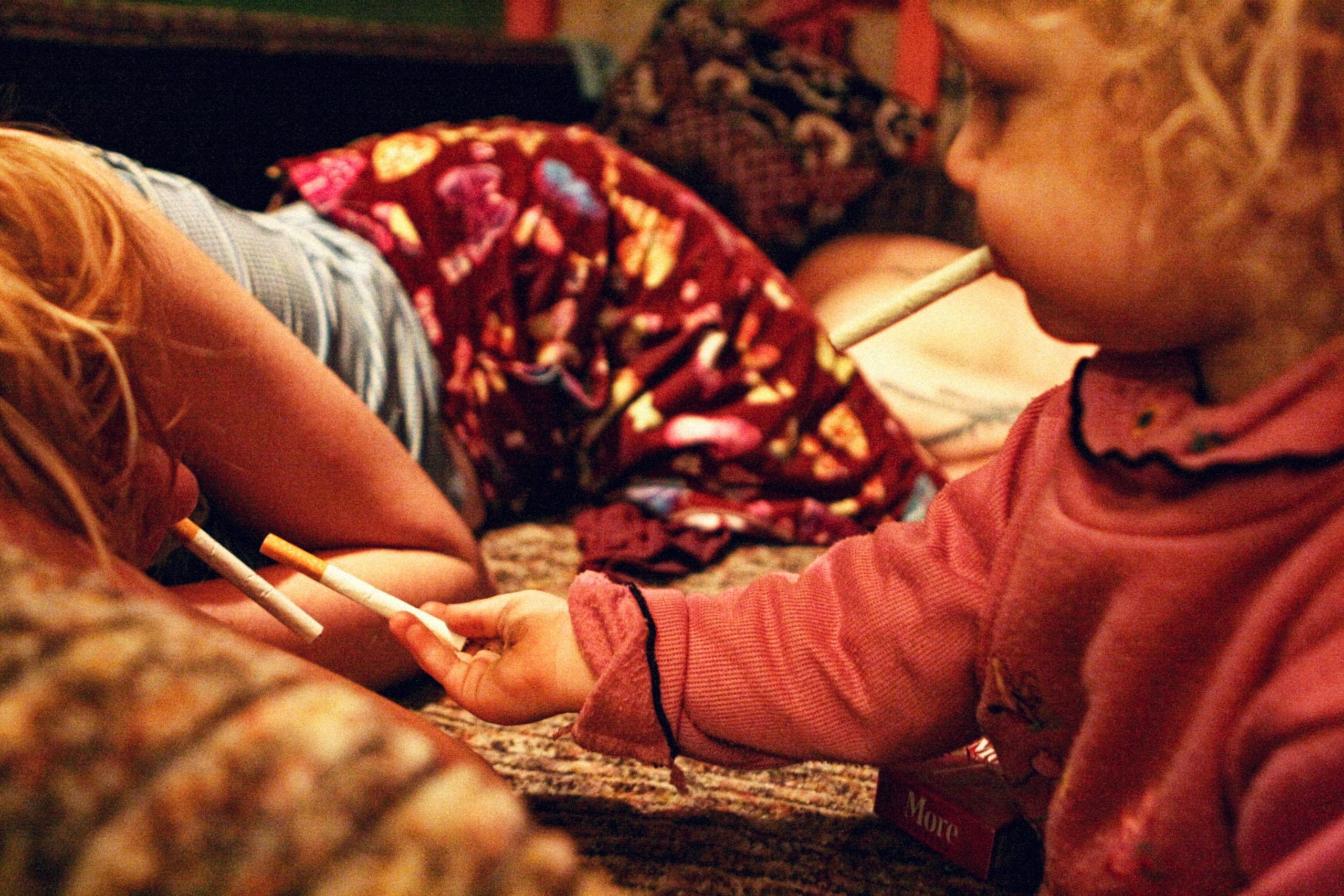 A Many Splintered Thing

Void is delighted to present A Many Splintered Thing an exhibition of female photographers: Bieke Depoorter, Irina Popova, Jana Romanova, and Nadia Sablin.

Employing a documentary aesthetic and revealing aspects of their subjects’ everyday lives, the photographs on show scrutinise notions of home, family and love from four distinct perspectives. The viewer is confronted with a collection of intimate moments, many of which are at odds with common perceptions of ‘what love looks like’. Common denominators in all of these works are their ordinariness and emphasis on human vulnerability.

Three of the photographers (Popova, Romanova and Sablin) were born in Russia toward the end of the Soviet regime. Romanova still lives in the country, in St. Petersburg, Popova is now based in Holland, while Sablin resides in Brooklyn, New York. Depoorter, the fourth photographer, is Belgian, but travelled extensively along the Trans-Siberian railway line. As a result, the show provides a fascinating glimpse of contemporary Russia from within and without.

The show title is a pun based on the phrase ‘love is a many splendored thing’ and stolen from a Sisters of Mercy song ‘Ribbons’. The original source is a 1950s Hollywood film/song: Love Is a Many-Splendored Thing. ‘A Many-Splintered Thing’, on the other hand, ties in with a distrust of first appearances and overwhelming narratives of any sort which contemporary visual culture is frequently awash with. The exhibition puts forward images of love in the face of poverty or deprivation, political instability, or simply the fact of being part of a family and trying to, or having to, fit in. Many of the photographs suggest love in all its complexity, encompassing its origins, mutations and overarching force. They feature traces of romantic love, love of family, others, and love of self, implying how ultimately, ‘love involves a peculiar unfathomable combination of understanding and misunderstanding.’ (Diane Arbus).

Bieke Depoorter received a master’s degree in photography at the Royal Academy of Fine Arts in Ghent in 2009. Three years later, at 25 years old, she was made a nominee of the photo cooperative Magnum Photos, where she was named a full member in 2016.

Depoorter has won several awards and honors, including the Magnum Expression Award, The Larry Sultan award and the Prix Levallois. She has published four books: Ou Menya, I am About to Call it a Day, As it May Be, and Sète#15. She worked together with Aperture, Editions Xavier Barral, Edition Patrick Frey, Lannoo, Hannibal and Le bec en l’air to publish these books.

The relationships Depoorter establishes with the subjects of her photographs lie at the foundation of her artistic practice. Accidental encounters are the starting point, and how these interactions naturally develop dictates the suite. Several recent projects have been the result of Depoorter always questioning the medium itself.

Irina Popova has participated in numerous exhibitions and photography festivals in Russia, Ukraine, the Netherlands, France, Italy, Spain, Burma, and Lisbon, including the Photoquai Biennale, Paris and the Noorderlicht and Breda Photo international festivals in the Netherlands. Her work has been published by Lenta.ru; Afisha Mir; Russian Reporter; Ogoniok; the Guardian; Geo International; the New York Times; Gup Magazine; and Lens Culture. Popova’s work is included in the collections of the Russian State Museum; Musée du Quai Branly, Paris; and the Rijksakademie Amsterdam.

I work with photography, video and installation both on my personal projects and assignments. Currently, I’m based between Saint-Petersburg, Russia, and The Hague, The Netherlands.

Nadia Sablin is a native of Russia and currently lives in New York. She has received grants and fellowships from the Guggenheim Foundation, New York Foundation for the Arts, MacDowell colony, Firecracker, the Puffin Foundation, and the Peter S. Reed Foundation. Her work has been featured in such publications as the New York Times, the Guardian, the Moscow Times, Slate, The New Yorker, American Photo, and the Financial Times. Nadia Sablin’s photographs have been seen in solo and group exhibitions across the U.S., including the Philadelphia Museum of Art, the Southeast Museum of Photography, Blue Sky Gallery in Oregon, the Cleveland Museum of Art, Bellevue College in Washington, and Texas Women’s University School of Art among others.  As a recipient of the Center for Documentary Studies/Honickman First Book Prize in Photography, Sablin’s first monograph, Aunties, was published by Duke University Press/CDS in 2015.  She teaches photography at SUNY New Paltz.

Art Bits - A Many Splintered Thing