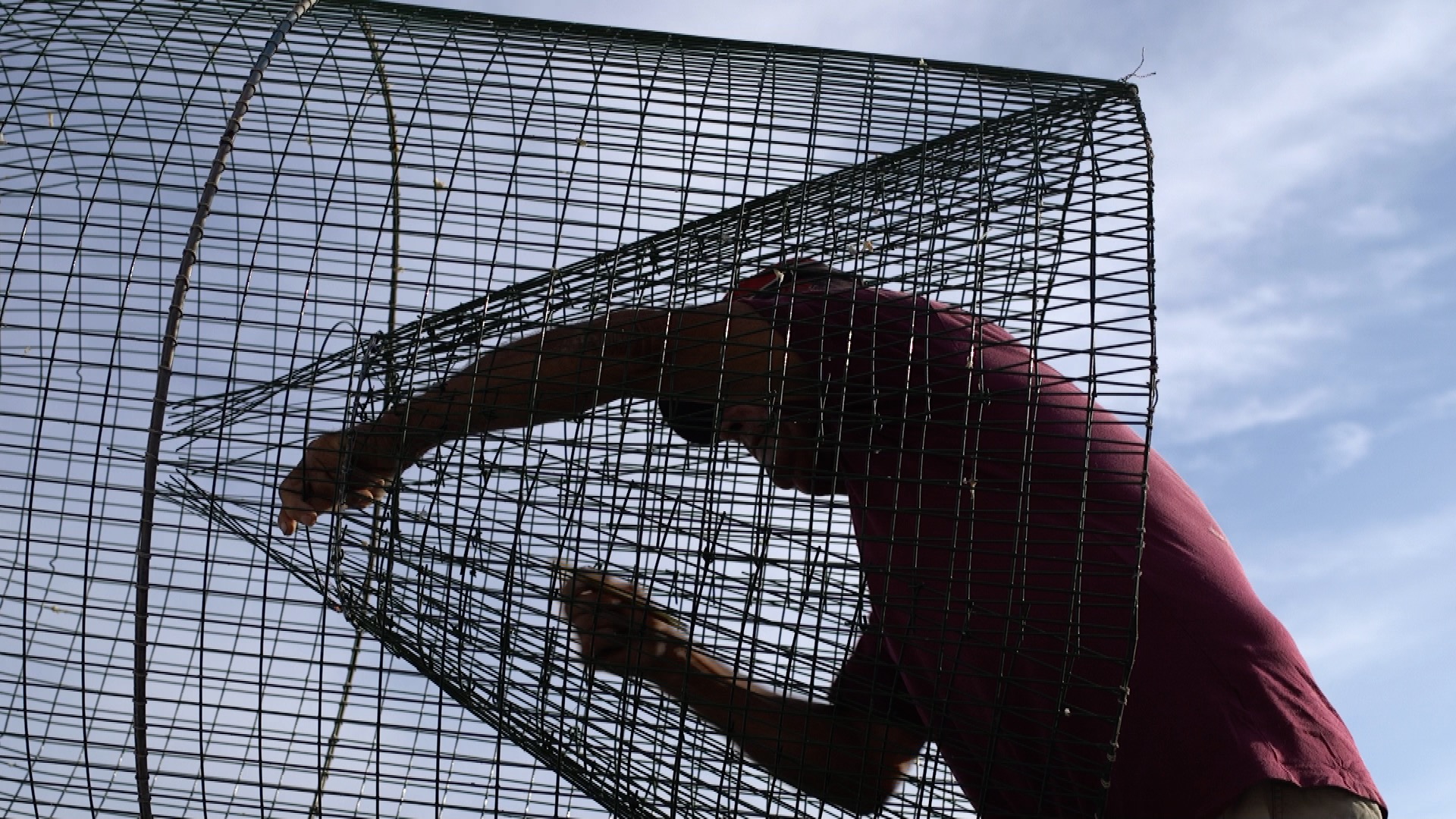 A Visibility Matrix is an artwork that explores the politics and conditions of visibility. Initiated by Dublin-based artists and long-term collaborators, Sven Anderson and Gerard Byrne, A Visibility Matrix assembles contributions from a distributed panel of artists, film-makers and others within a synchronised, multi-channel video installation.

There is now an expectation of visibility, from any place, at any time and by anyone.

A Visibility Matrix emerges as a response to the ambitions of abandoned art and technology projects from the 1960s–1980s that prioritised multi-screen video projection, monitor arrays, communications networks and algorithmic composition principles. These projects explored visual excess and hyperstimulation prior to the development of the Internet, and before multi-screen video displays expanded into the vernacular backdrop of everyday public and private life. Considered now, the plural voices of these experiments in perception and communication simultaneously prophesise and bypass the homogenised conditions that have come to be accepted as network culture.

Exploring the paradigms of what we see and how we construct visual knowledge, A Visibility Matrix returns to the instincts of these projects. It proposes a condensed counterpoint to the migratory, hyper-networked nature of visibility in contemporary culture by conjuring an offline matrix of video material presented in the gallery space for communal observation. The artwork speculates on an alternative to the composite formed by subject + smartphone + online-video-sharing-platform that has come to represent the current standard of visibility. It gathers content through an associative network of collaborators including visual anthropologists, cinematographers, documentary filmmakers and others from across the globe. By shifting focus from the production of images for sharing online to their reception in a shared, fixed-time spatial context, A Visibility Matrix offers another window on visual excess, confronting its own situated spatiality in order to reflect the more universal conditions that it addresses.

A Visibility Matrix manifests as a network of screens and spatial gestures, in which we observe images being duplicated, mirrored and displaced. These gestures unfold over days and months of exhibition, pursuing both repetition and re-assembly. The system that determines these patterns reveals itself through its precision but also through moments of uncertainty, asserting its presence through a series of vocal cues that punctuate the relationship between the database of video and the space of exhibition. This system speculates on the possibilities of video not as passive image but as an active signal, and the gallery as a site of condensation; a shared space and a space of reflection.

A Visibility Matrix includes video material aggregated from a network of collaborators including:

A Visibility Matrix is an artwork formed through its infrastructure, system design and spatial permutations, which will continue to evolve as it moves from space to space. To date it has progressed through The Douglas Hyde Gallery (Dublin), Le Printemps de Septembre (Toulouse) and Secession (Vienna) before the current exhibition at Void.

Sven Anderson (b. 1977) is an artist working between Ireland and the US since 2001. Anderson’s practice operates through installations, systems and performances that respond to details of the built environment, ubiquitous technological infrastructures, and fragments of local histories. Anderson’s projects incorporate methodologies premised on artist placements, shared authorship and long-term collaboration, often converging on forms articulated in public space. His public artworks The Manual for Acoustic Planning and Urban Sound Design (2013) and The Office for Common Sound (2016) probe the potential of the artist as urban planner and municipal resource. His permanent sound installation Continuous Drift (2015) explores new modes of curating sound in the public realm, presenting works from over 30 artists in an active city square. Anderson’s proposal for the UK Holocaust Memorial International Design Competition (developed in collaboration with Heneghan Peng Architects) was awarded honourable mention (2018). Recent video works include When I go home, I cut through (2018), GOLDEN PRECIOUSFIELDS UNFOLD (2017) and Before the Flood (2015).

For more about Sven Anderson’s work please visit his website.

For more about Gerard Byrne’s work please visit his website.

A Visibility Matrix is funded by the Arts Council of Ireland / An Chomhairle Ealaíon and the British Council.

Void Gallery is supported by the Arts Council of Northern Ireland and Derry City and Strabane District Council with event sponsored by Northbound Brewery.