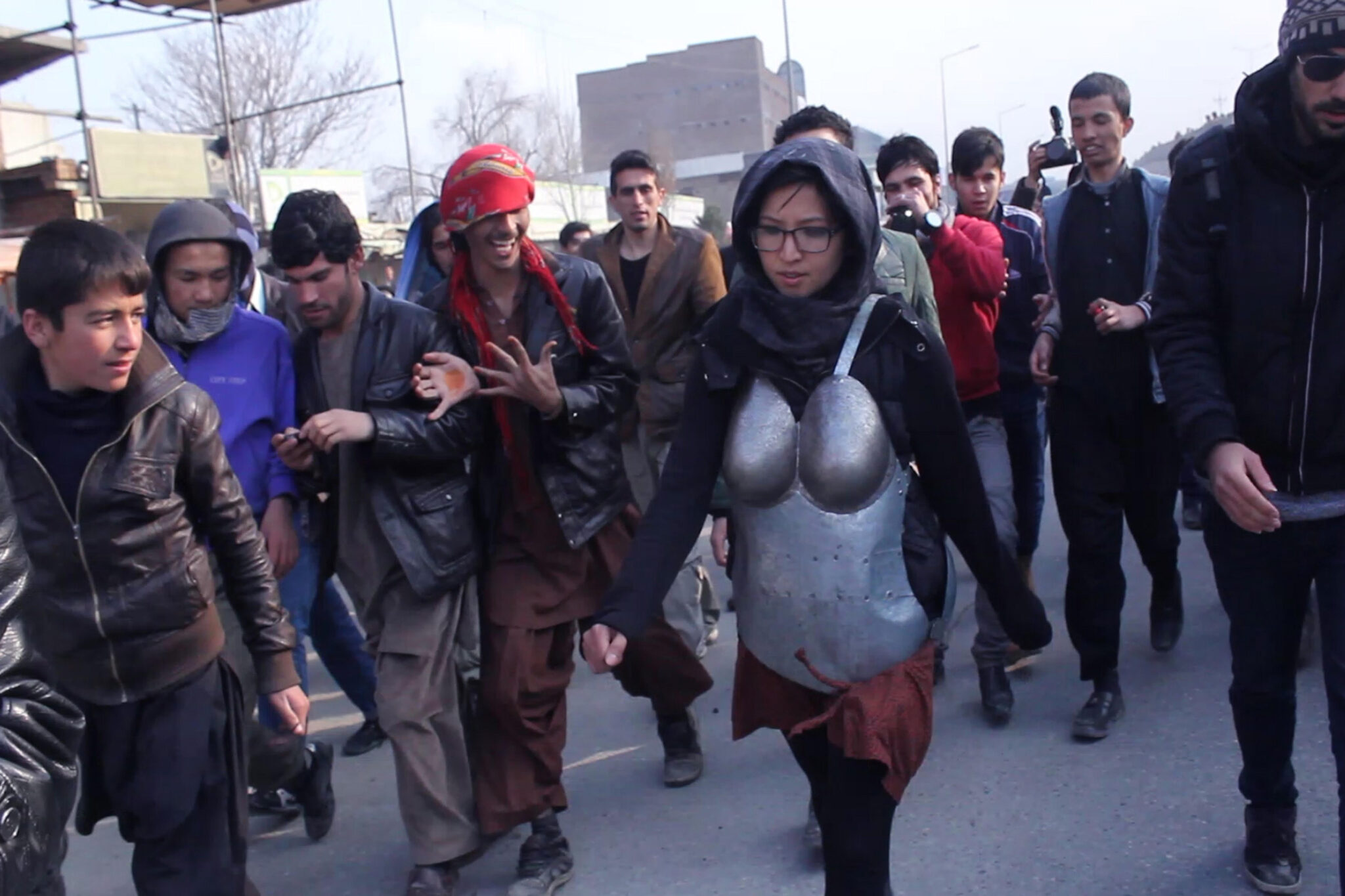 Above us the Milky Way

The title of the exhibition is taken from a novel by Fowzin Karimi that explores the trauma of war and how that reverberates through generations.

Forced migration and the burden of carrying the past into the present and future, is a condition faced by many who are forced into exile. The impact of war on women and the trauma that seeps through the generations forms the centre point of this exhibition. We have seen the legacy of war on women throughout the Middle East especially in the last year. We have seen the transformation of Afghan society in terms of girls’ access to education and women losing their positions at work. There is also the legacy of the second generation of migrants fleeing to places such as Iran and the US in the 80s during the Russian invasion of Afghanistan.

It has huge implications on people’s sense of place and culture, and how they can regain that sense through returning generations to a place that has only existed in their imaginations and through the stories of their parents or ancestors. The displacement of people is nothing new and, throughout history, this has been a common occurrence. Women and girls suffer disproportionately during and after war, as existing inequalities are magnified, and social networks break down, making them more vulnerable to sexual violence and exploitation.