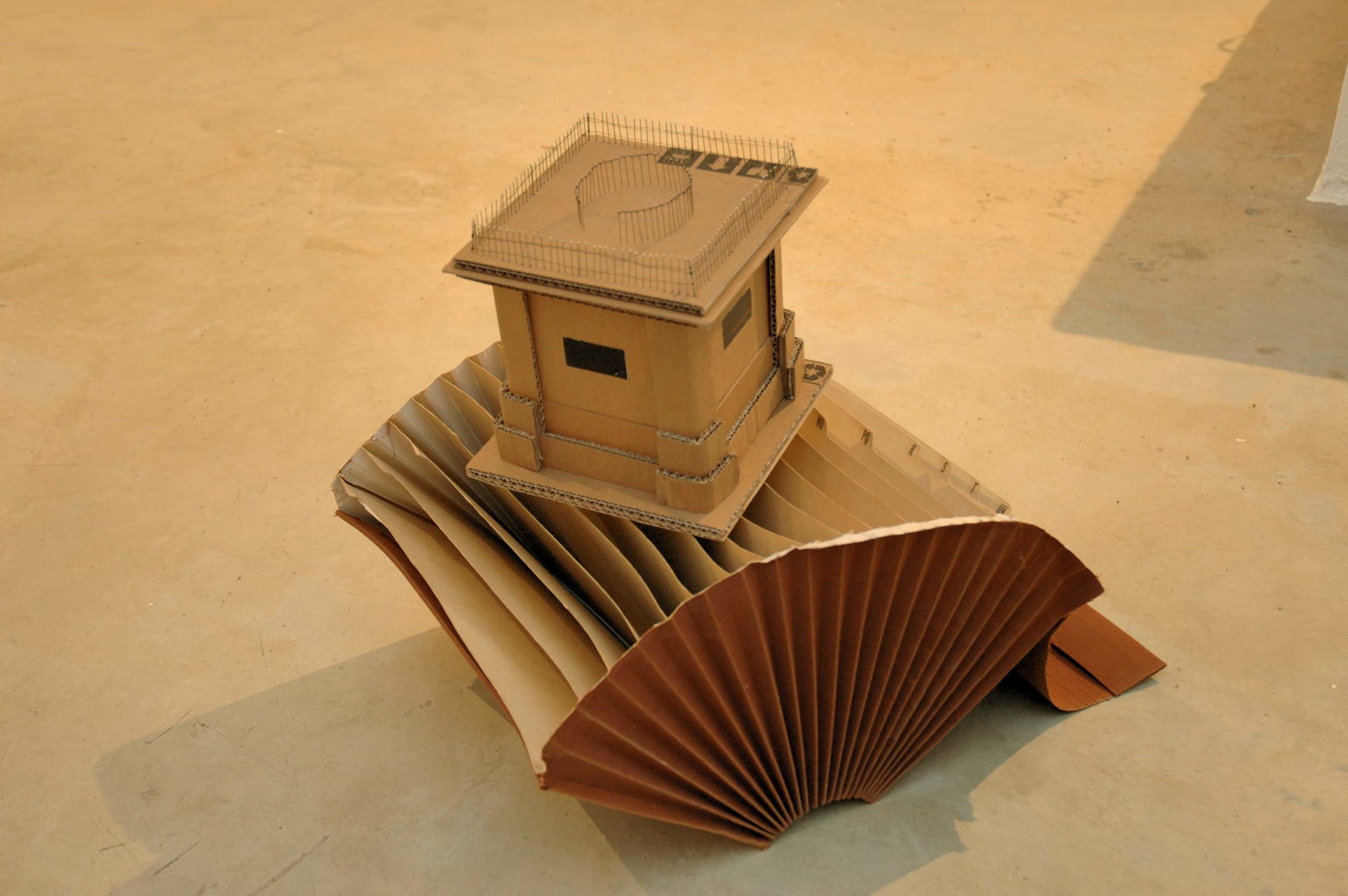 Void was delighted to host the solo exhibition …And Other Storeys by Belfast based artist Aisling O’Beirn.

…And Other Storeys is derived from a body of research into various informal accounts of place. The research takes the form of a constantly expanding collection of urban myths, anecdotes, landmarks, place nicknames and hand drawn maps gathered from various cities.

O’Beirn’s interest in these unofficial accounts stems from a concern regarding the politics of how place is described at a local, unofficial level. Recent installations and site specific projects mark an attempt to bring together some of this seemingly disparate information in a non-linear fashion through sculptural and site specific means.

…And Other Storeys includes a series of cardboard models of various landmarks, both local to Derry and from further afield. These objects are accompanied by a short animation, which recounts some of the stories behind these landmarks. The show also includes a scrolling text inventory of a selection of Derry place nicknames.

Dr Aisling O’Beirn is an Associate Lecturer in fine art sculpture. Her current sculptural work is concerned with exploring space as a physical structure and a political entity by making and animating forms relating to observed and theoretical structures being studied by contemporary astronomers and physicists. It is an extension of previous work on the politics of place, but still rooted in uncovering tensions between disparate forms of official and unofficial information.Previous projects have investigated ideas around entropy, order, disorder and balance and how laypersons try to understand scientific and mathematical ideas. Recent work has been facilitated by Armagh Observatory and Dunsink Observatory.O’ Beirn has exhibited nationally and internationally. She was included in Northern Ireland’s first participation in the 51st Venice Biennale. Her work manifests variously as sculpture, installation, animation and site-specific projects. O’ Beirn (in collaboration with Dr. Martin Krenn) is also working on a three year (2016 / 2019) collaborative research project as part of TRACES (Transmitting Contentious Cultural Heritage with the Arts), funded by Horizon 2020. Her work can be seen on www.aislingobeirn.comShe welcomes practice based research projects, which explore theses issues.