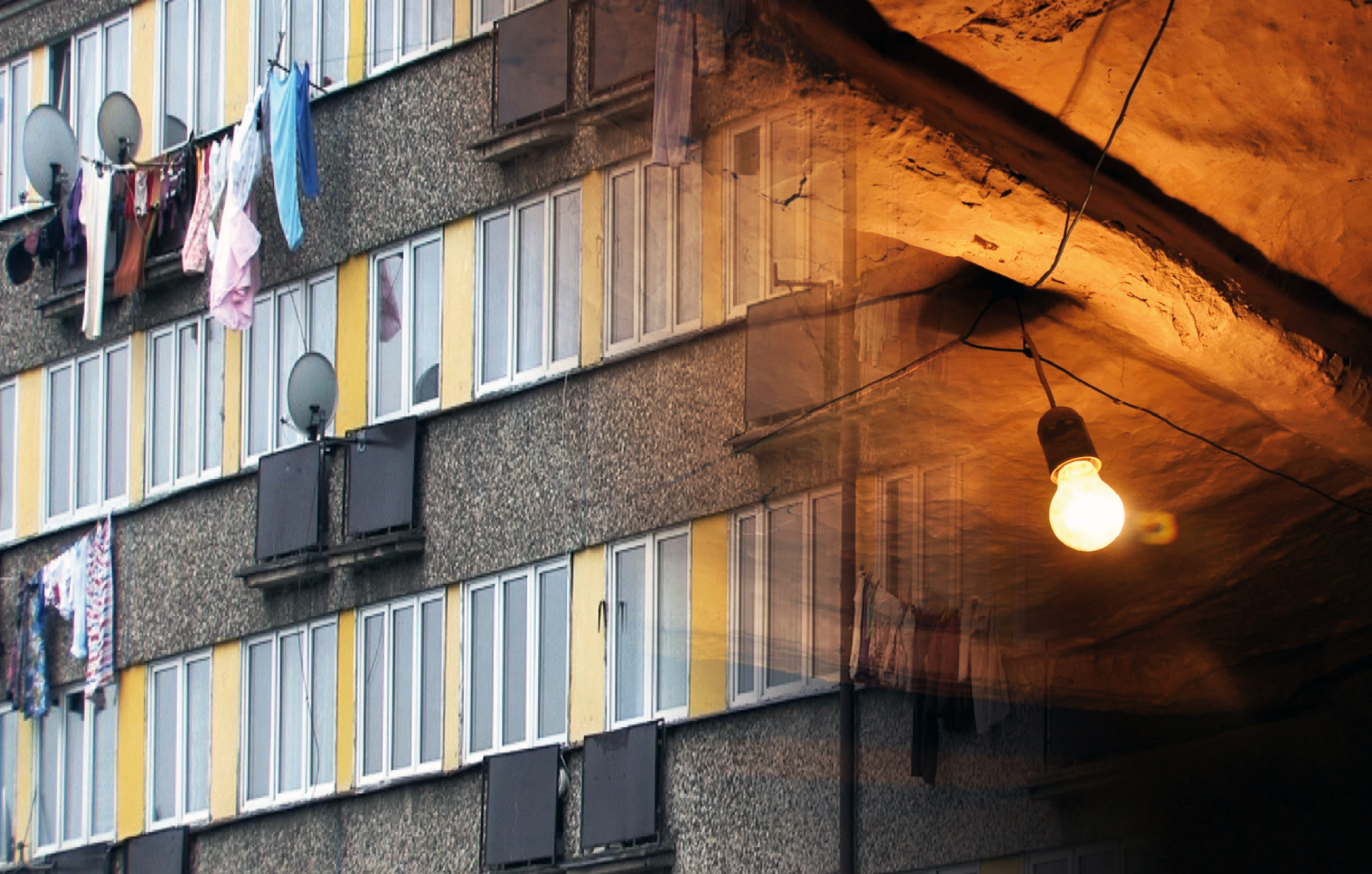 Void is pleased to present the first Northern Irish solo show Faraway, So Near… by Polish artist Anna Konik. Faraway, So Near… features two video installations, Transparency (2004) and In the same city, under the same sky (2012 onwards).

Konik’s work deals with people; their complexities, intricacies and ineffability. That which cannot be easily articulated with words manifests itself through a unique aesthetic language produced from Konik’s Video Art/ Installation practice.

Transparency (2004) marks the beginning of Konik’s work in the field of video. It explores old age isolation and loneliness, introducing two women and two men who are nearing the end of their life. Konik tells a moving story that creates a vehicle to experience nostalgia and passing beyond the detached guise of observation. Through an intimate exchange with her characters, she shifts between the position of artist and audience to create an environment to engage. As the individuals tell their life stories in monologues against the backdrop of their living spaces, a mirror image is employed. The mirror image, poignant yet fragmented, becomes poetic, almost surreal, symbolic of the constant repetitions of recalling their stories and confronting themselves.

In the same city, under the same sky… (2012 onwards) brings together the harrowing experiences and stories of women immigrants/ political refugees from Chechnya, Afghanistan, Syria, Somalia, Iraq and various other places. Konik’s approach presents these stories as told by other women from other places, e.g. Sweden, Poland and Turkey, who happen to live in the same city as the immigrants but have no experience of war or social exclusion. Working in this way Konik highlights the complexities of how immigration experiences are shared, perceived and (mis-)understood in different geographical and social contexts. For the exhibition at Void Konik will be showing new works recorded in Istanbul.

Konik does not humiliate people nor does she manipulate. Provocation is replaced by connection, conversation eliminates distance, removing the invisible wall separating the protagonists from the world and reintroducing them to it. The work is accessible, but not simplistic, Konik offers an elaborate experience that encourages both empathy & detachment. The scenarios are presented not solely to evoke sympathy towards others, or illuminate a plight, but to utilise and sculpt emotion, transcending the personal towards the universal. Disseminating a voice from a scenario of involuntary censorship, Konik carves a passage to experience others via an interrogation of self. A subtle yet profound interaction is revealed in the encounters she facilitates. Beyond the gesture of social engagement with those that have been excluded, the striking visual composition of the work leaves an impact that will accompany viewers beyond the political issues that this body of work penetrates.

For more information about Anna’s work please visit her website.