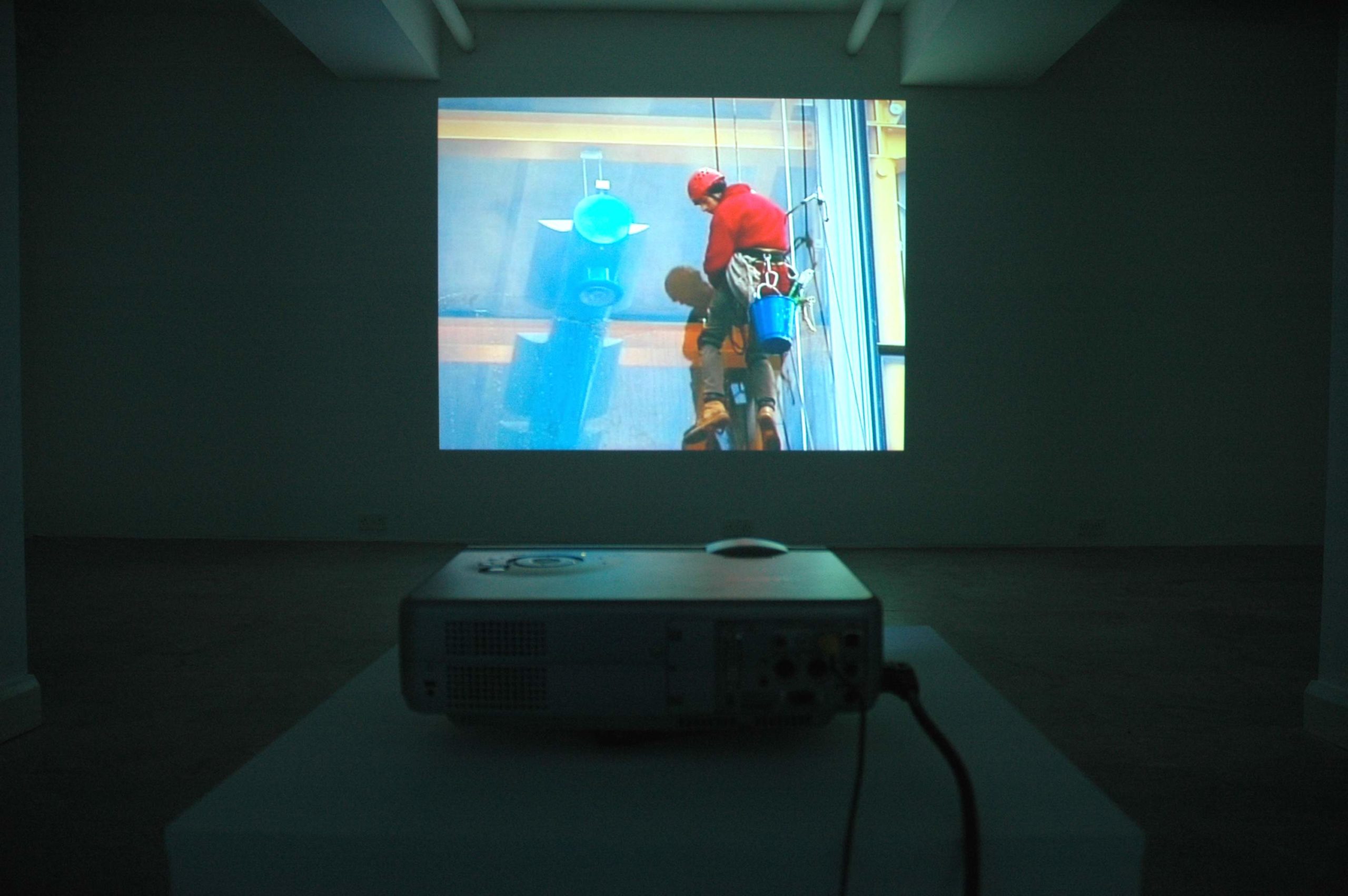 Human labour is often invisible, carried out beyond the sight of others or passed by unnoticed. The products of labour are certainly almost always taken for granted, and paradoxically this is especially true of work which is carried out in public. The cleaning of streets and public buildings, the painting of road markings and other services which are essential for the continuation of urban existence tend to be filtred from the vision of those not partaking in its execution.

Anne Tallentire’s exhibition at Derry’s Void gallery, titled Drift: diagram vii, focused our attention onto these activities, bringing these necessary acts of labour within the full scope of our vision and slowing them down to attract our full concentration.

Over a period of two years or more, Tallentire filmed workers within the square mile of the City of London, choosing as her location for the portrayal of working-class labour the centre for the movement of England’s financial capital – where the products of human toil are invisible in a wholly different way, abstracted into numerical expressions of ownership.

For the first time, all the elements of Drift will be brought together in one installation. The short fragments of video, capturing workers going about their everyday tasks are slowed down, giving a monumentality and beauty to what would otherwise be seen as the mundane. One finds oneself mesmerised by the activity and at times awe-struck by the skill and dexterity employed by the workers, given a heightened grace by the slow motion of the film.

The work was divided between Void’s two galleries, with three projections in each space, showing a total of twenty-one short films. Decisions regarding the positioning and scale of the projections will be done according to their interaction with the characteristics of the gallery spaces, thus creating an installation which responds to its environment. 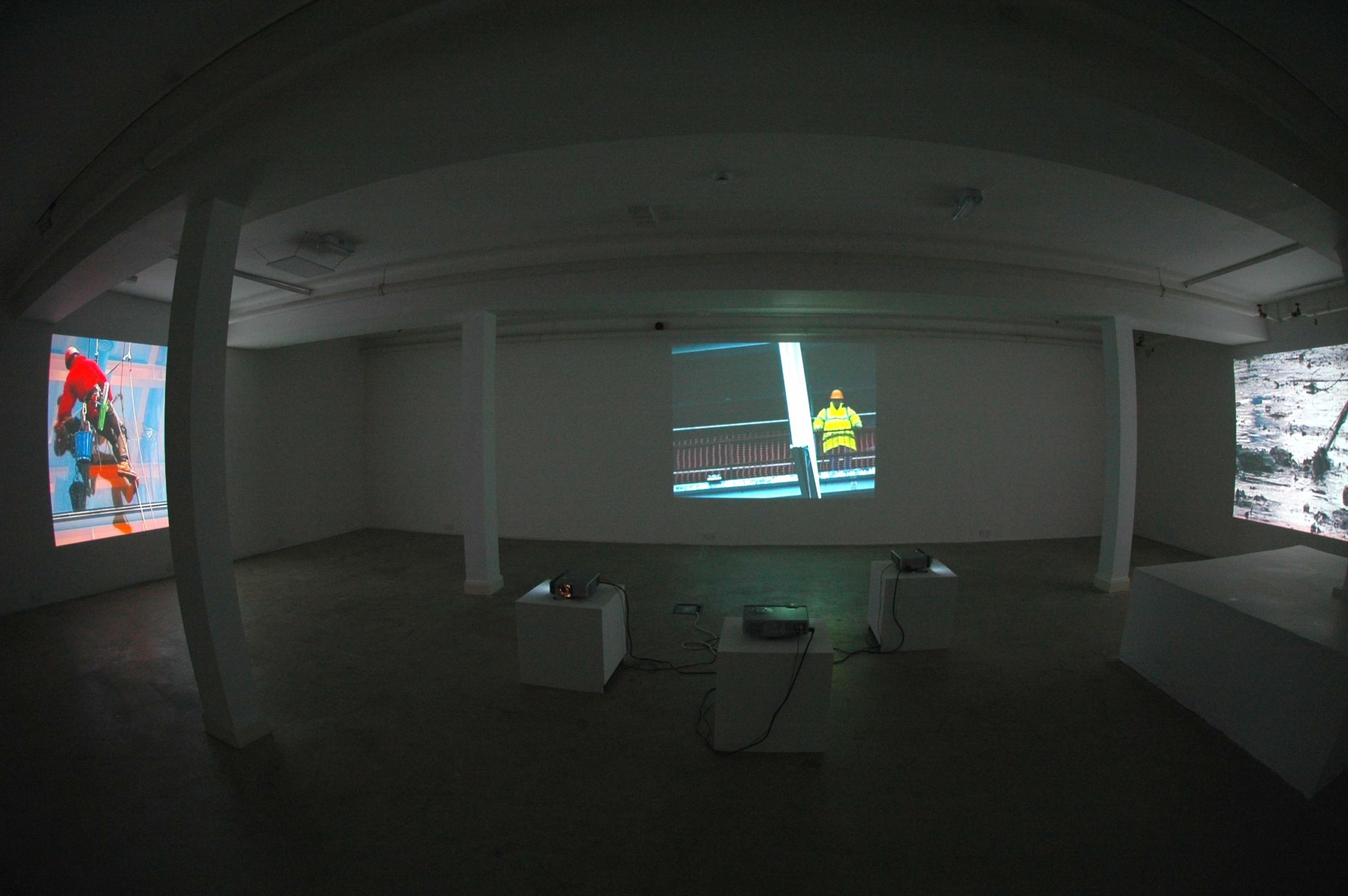 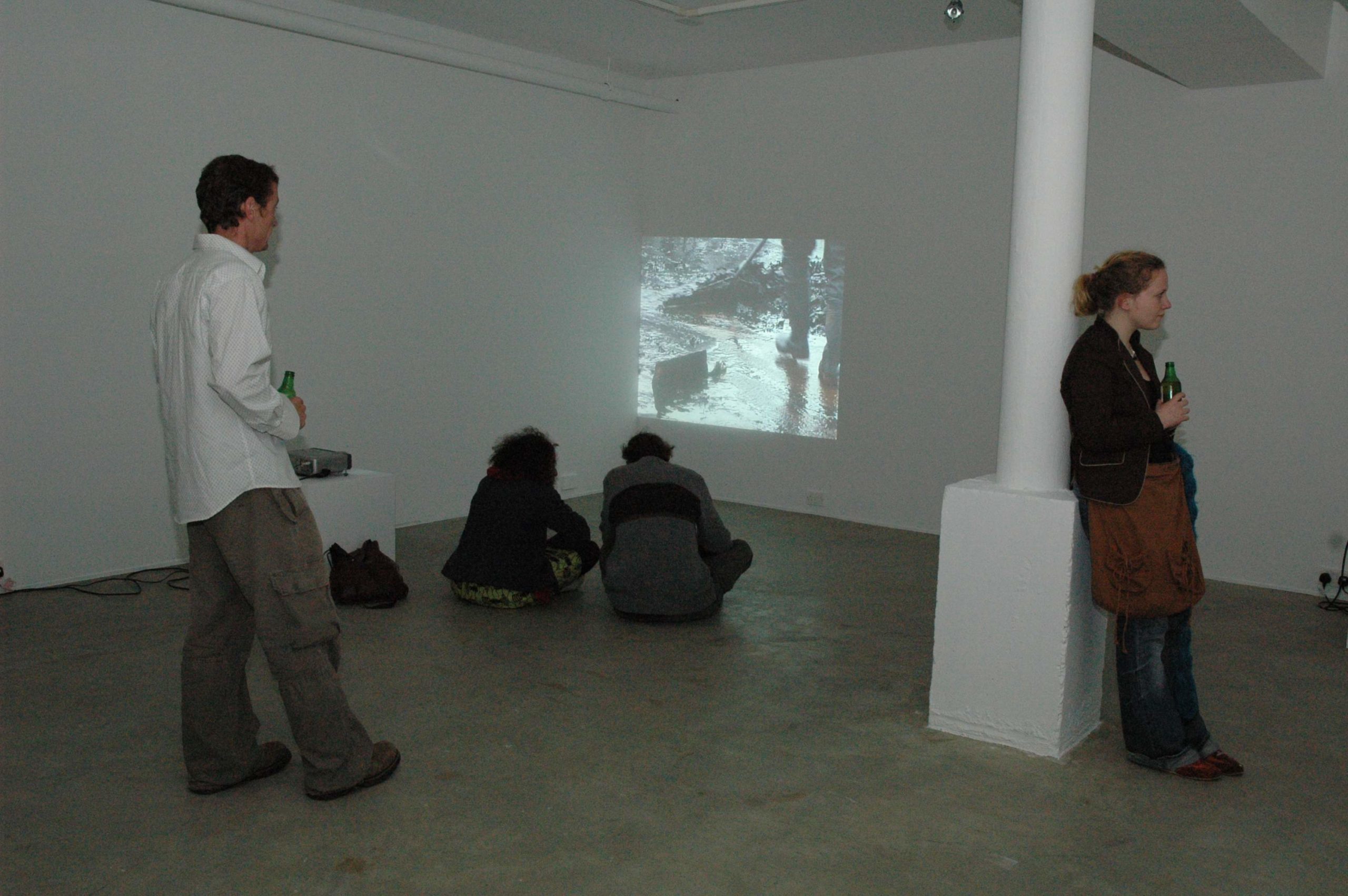 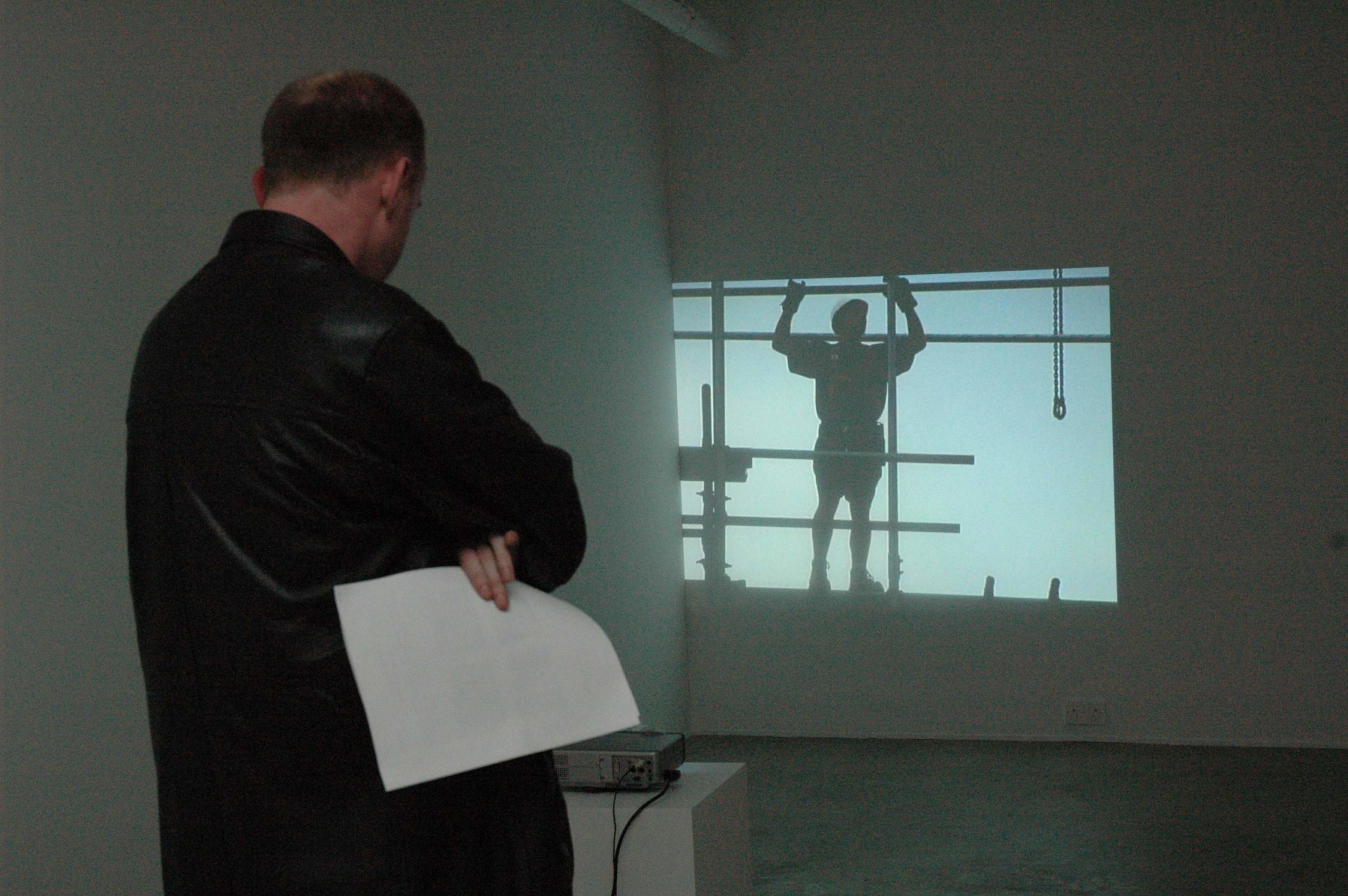 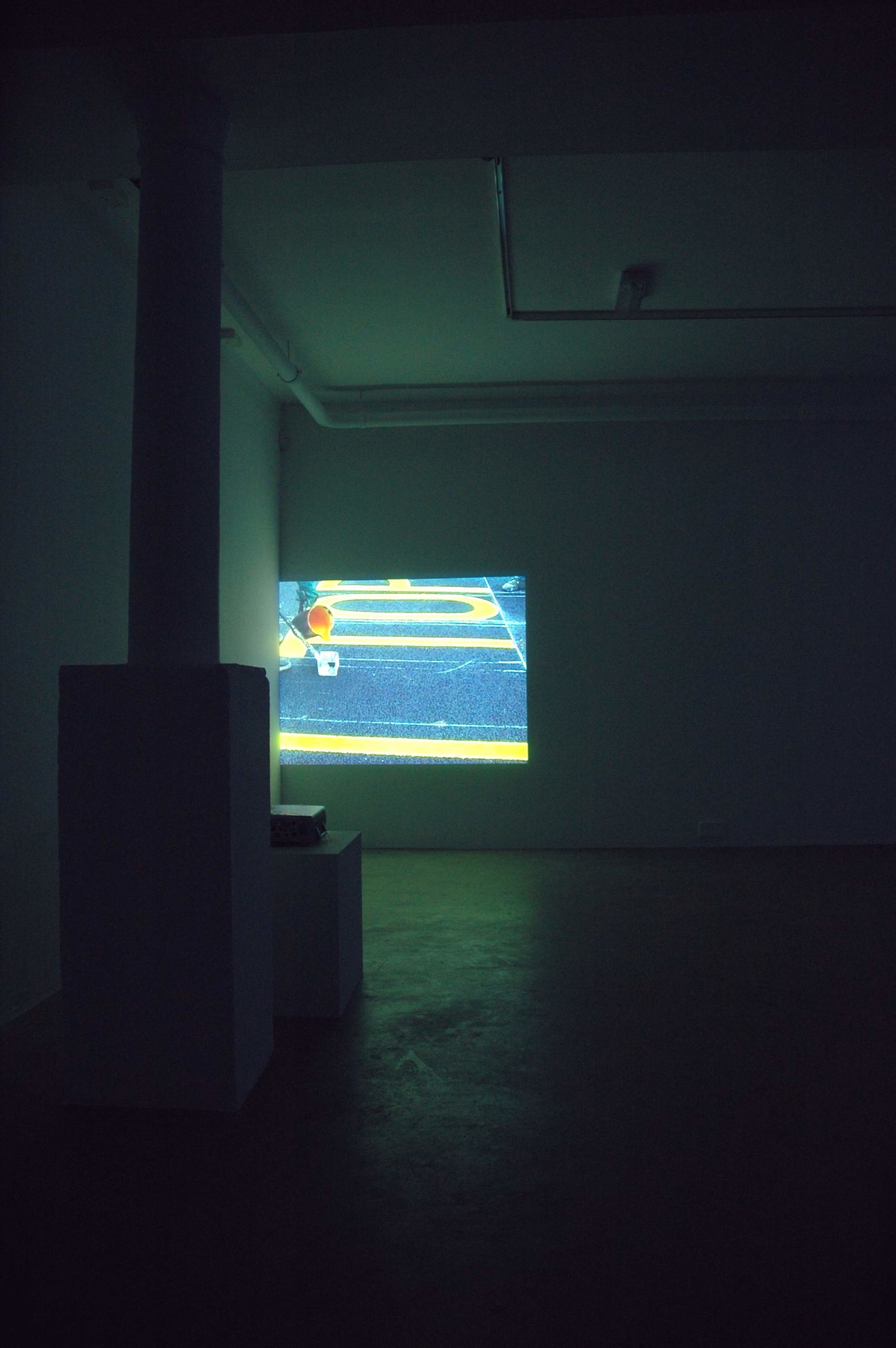 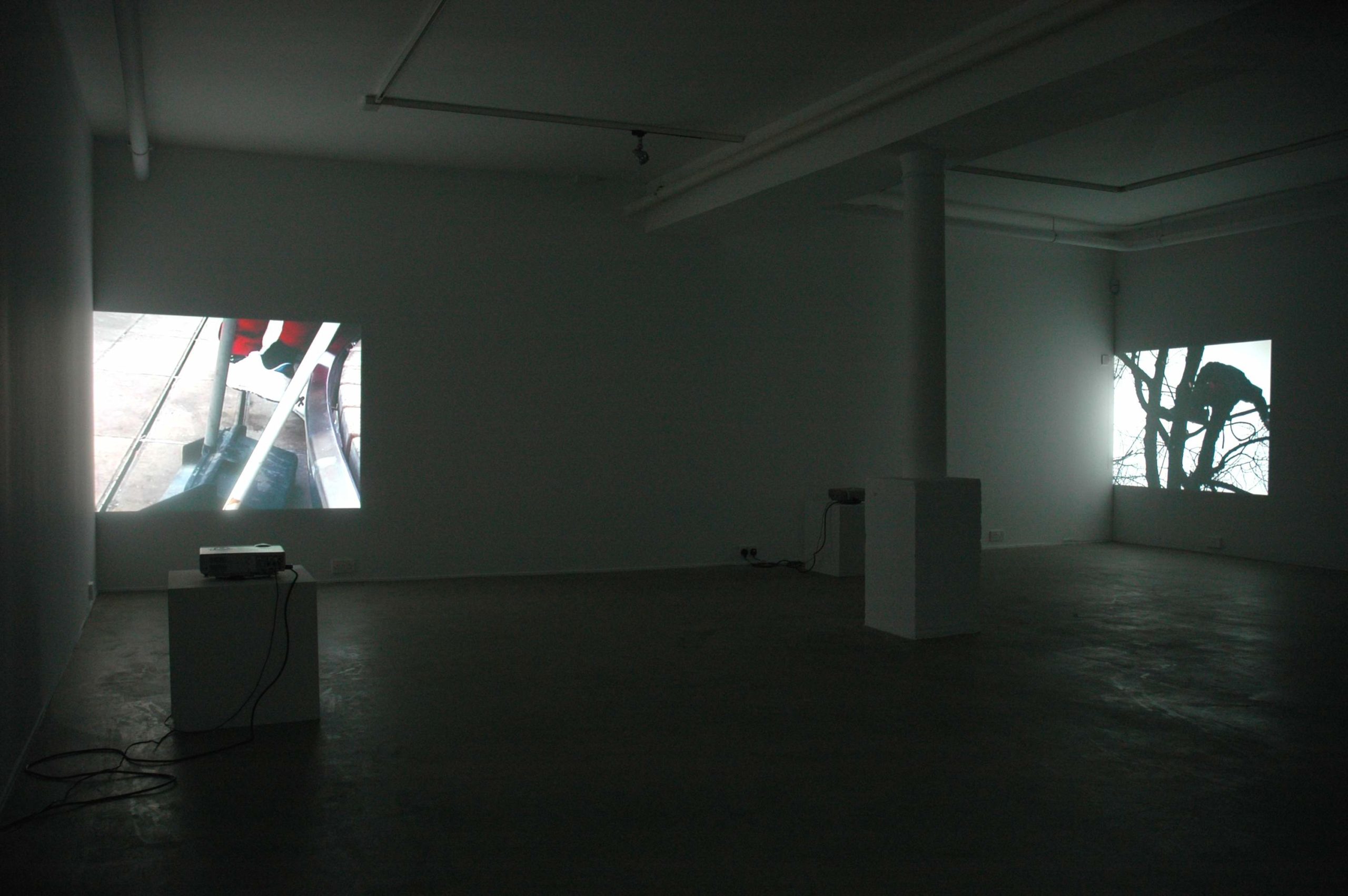 Anne Tallentire (born 1949) is a London-based artist working with moving image, sculpture, installation, performance and photography. Through visual and textual interrogation of everyday materials and structures, she seeks to reveal systems that control the built environment, affect displacement and shape the economics of labour.

Tallentire has been working in London since the 1980’s. From 1993 she has also been one half of the artist duo work-seth/tallentire with artist John Seth. Her more recent solo work has been concerned with geographical dislocation and demarcation in relation to infrastructure.

In 2016 she was awarded a major commission for 14–18 NOW, through which she investigated the architectural legacy of the Nissen hut – the tunnel-shaped structure developed during the First World War – in relation to emergency architecture today. She is also the co-organiser, with Chris Fite-Wassilak, of the quarterly peripatetic event series hmn.

Finding meaning in the mundane is the cornerstone of Tallentire’s practice. From works which replicate the minimum square footage required for social housing bedrooms by UK law, to factory production settings relating to the material used in the construction of a youth centre in Calais in 2016, her work is resolutely political and engaged in the work of contesting restrictive mechanisms of power.