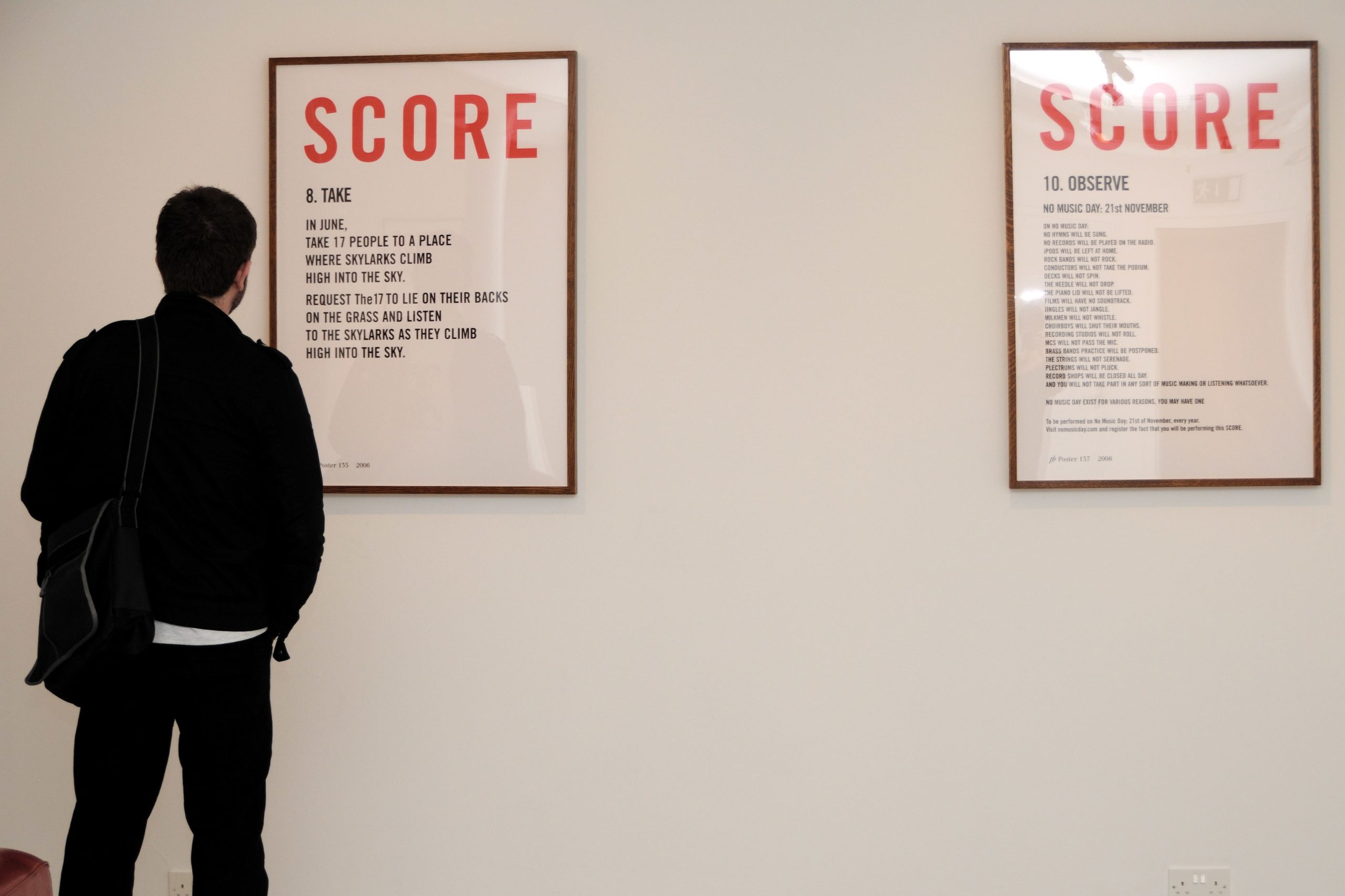 “All recorded music has run its course. It has all been consumed, traded, downloaded, understood, heard before, sampled, learned, revived, judged and found wanting. Dispense with all previous forms of music and music-making and start again. Year Zero now.”

For decades I’ve had this internal choir in my head. At times this choir has made massive swirling, almost frightening, music – at other times a beautiful, ethereal whisper. There was never any real melody or rhythm going on and certainly no lyrical content. At some point the choir took on the name The17.

To hear The17 you have to be in The17, and anyone can be in The17, whether they thought of themselves as singers or not. Basic scores performed by The17 were written by myself and others. These were time-, site- and occasion-specific. One to be performed at the top of a mountain, another inside a jail with 17 prisoners. In 2006 I started to take The17 out into the real world, initially within the safety of music or performance-art festivals across Europe. Each time only 17 tickets would be made available for the performance.

In the lead up to The17 Birth, Marriage and Death at Void, Drummond worked with three families from the Derry area who had recently gone through a birth, a marriage and a bereavement. He allocated a relevant ‘score’ to each family and worked with them individually in their homes, a local hall and bar. Each family was documented and their portrait hung with their individual scores in the gallery.

Bill Drummond is a Scottish artist, musician, writer, and record producer. He was the co-founder of late 1980s avant-garde pop group The KLF and its 1990s media-manipulating successor, the K Foundation, with which he famously burned £1 million in 1994. More recent art activities, carried out under Drummond’s chosen banner of the Penkiln Burn, include making and distributing cakes, soup, flowers, beds and shoe-shines. More recent music projects include No Music Day, and the international tour of a choir called The17. Drummond is the author of several books about art and music.

See more about his work here.