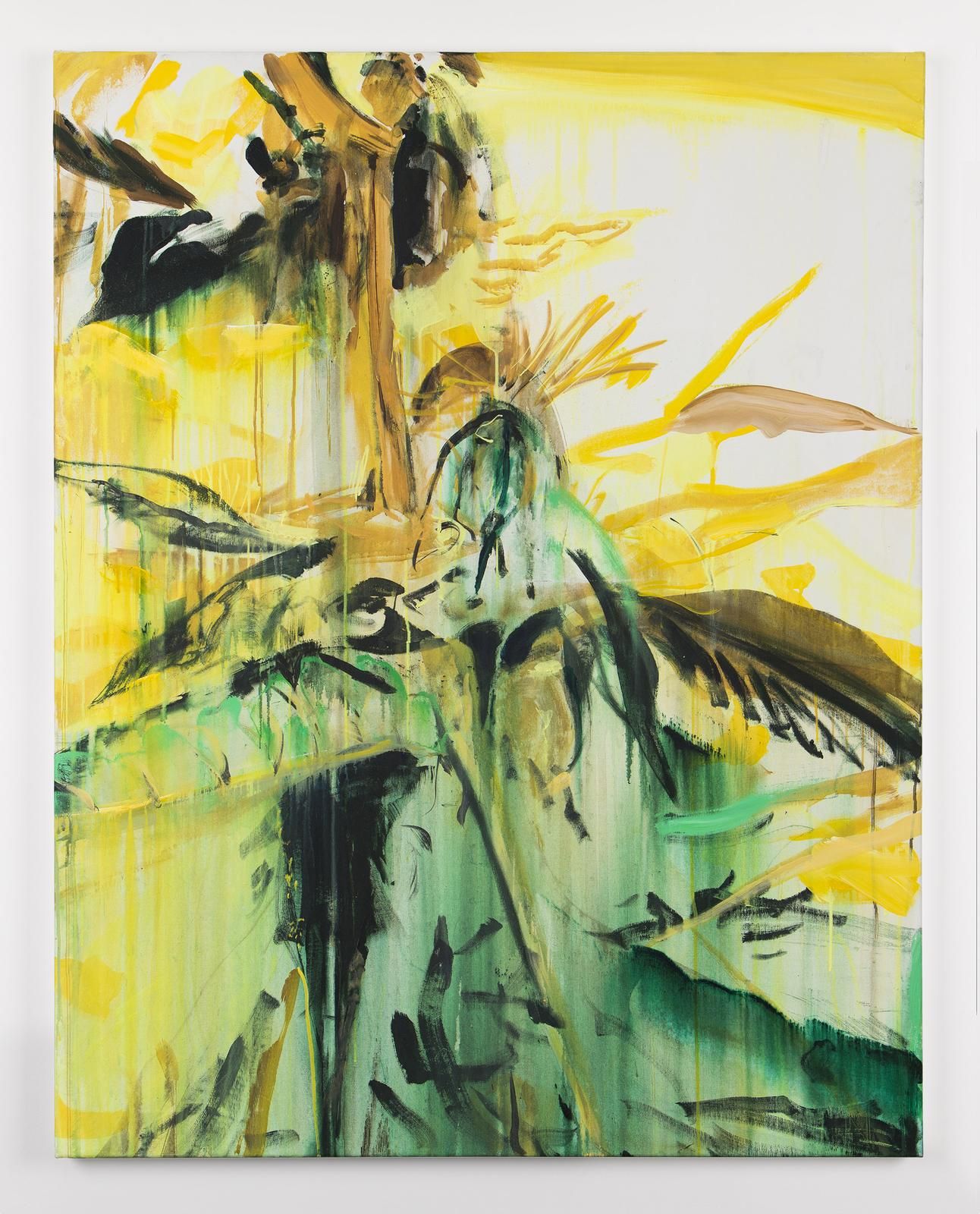 Void is proud to present J’accuse an exhibition of new paintings by Irish artist Brian Maguire. Maguire’s highly engaged working process positions art as an act of enquiry and activism and a demand for solidarity with those who are forgotten and voiceless. His insistence for social justice has drawn him to the edges of societies around the world to work with the marginalised and people living in closed institutions such as prisons and mental institutions.

Since 2009, Maguire has been making work in and about Ciudad Juárez, a Mexican city bordering the US just south of El Paso, Texas. Worlds away from its northern neighbour, Juárez had the distinction of being the world’s most murderous city for three consecutive years between 2008 and 2010 – approximately 12,000 people have been butchered in Juárez since 2008. Maguire’s early work in Juárez resulted in a series of portraits created in response to the ‘feminocidio’, or feminicide, the rape, murder and disappearance of hundreds of young women in the city since 1993. The process of making these portraits is detailed in the documentary film Blood Rising, which will form part of the exhibition in addition to being screened as part of the 2015 Foyle Film Festival.

More recently, Maguire embedded himself in the newsroom of El Norte newspaper in Juárez. What emerged from his research is an enquiry into the very public and often ritualistic display of the victims of violence and the ways in which this violence is inextricably embedded in the global drugs trade. “I went out to investigate the killing of a young woman,” says Maguire, “and found myself investigating the war on drugs and ended up calling for their legalisation,” Maguire’s work is frequently a rally cry for change in the social and political sphere, this work is no different: “The war on drugs is a war on the poor,” states Maguire, “ the legalislation of narcotics is a first move in reversing this war and dealing with addiction as a medical issue rather than a criminal one. It will reduce death and crime’. Maguire’s practice is one of unfaltering courage, a requirement for such an engaged and durational investigation in what is one of the world’s deadliest countries for journalists.

Maguire’s new paintings for this exhibition with Void methodically describe the links between the international drugs trade, the global flow of money, the violence of a destabilised state, the relentless slaughter, the impunity of power, and the darkness that permeates these borderlands and trade between wealthy and poorer nations. Those who suffer belong to the poor, their lives caught between the violence of the drugs trade and the low wages and poor conditions of the maquiladoras – the many sweatshops and assembly plants that process goods for the wealthy North.

“When I heard about what was happening in Juárez”, says Maguire, “I figured, of course – women come below men, poor come below rich, brown comes below white and Mexico comes below America. They don’t fucking count, and that is why they die without due process.”

Yet it is in the midst of this despair that Maguire does what is infinitely human – to meet, question, listen, understand and pass on the story.

Maguire explains: “These people wanted their story told, in the event of their being no justice for them. The only thing they ask is that the memory of their daughters, and the actions done to them, not disappear with their deaths.”

A fiercely expressive painter, Brian Maguire’s work essentially emerges from social and political situations and approaches painting as a gesture of solidarity. He operates a truly engaged practice, compelled by the raw realities of humanity’s violence against itself, and the potential for justice. Of his recent work in Juárez, Maguire states, “My purpose is to show respect to the victims of violence, to remove all the easy rationalisations which excuse, cover over, and protects us from this reality. That the man is dead, the painting keeps his death in the present. The absence of justice demands this act.” In connection with this work, Maguire recently collaborated on a documentary feature film, Blood Rising, which was screened at Curzon Cinema, London (2014) and premiered at the closing Gala of the Jameson Dublin International Film Festival (2013). In the past, Maguire has often undertaken residencies in closed institutions such as mental homes and prisons. In these situations, the artist focuses on elucidating individual identity – an emphasis that has, at times, led to disrupting the status quo.

Brian Maguire is represented by the Kerlin Gallery, Dublin and the Fergus McCaffrey Gallery, New York.

In the lead up to the launch of J’ACCUSE by Maguire on Saturdy 28 November, Void presented a number of public events. The Foyle Film Festival screened ‘Blood Rising‘, a documentary detailing Maguire’s portraiture and activism in the Mexican city of Ciudad Juárez in The Nerve Centre at 8pm on Friday 20 November. The screening was followed by a Q&A session with the Director Mark Mc Laughlin and Brian Maguire.

On Friday 27 November, Void presented In the Absence of Justice a panel discussion chaired by Susan Mc Kay with Brian Maguire and journalists Eamonn McCann and Ed Vulliamy.

This exhibition was supported by The British Council.