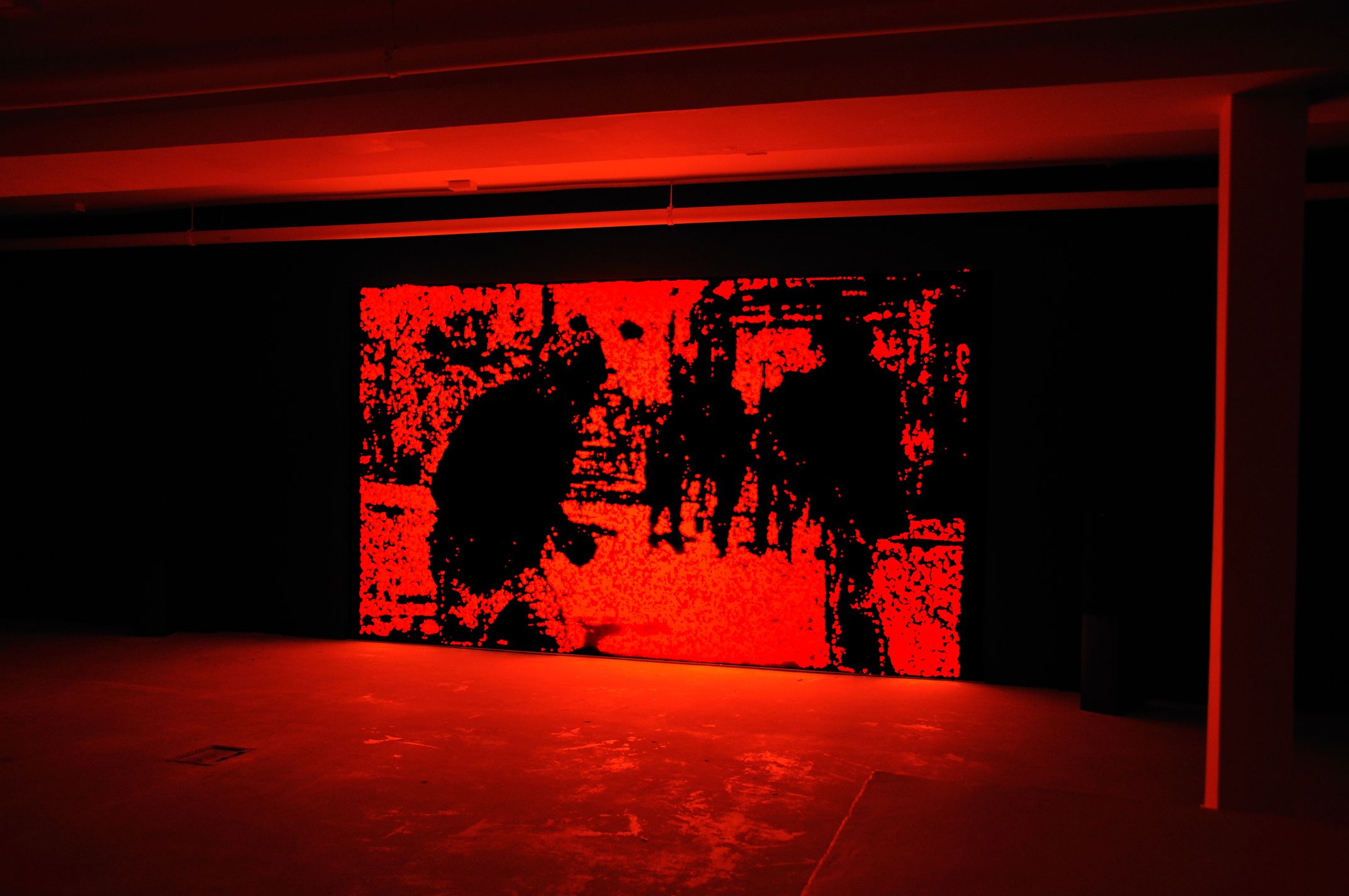 Clare Langan studied Fine Art at the National College of Art and Design, Dublin and with a Fulbright Scholarship, completed a film workshop at New York University in 1992.

In 2008 her work was exhibited in the Singapore Biennial, curated by Fumio Nanjo. It will tour to Dojima River Biennal 2009, Osaka Japan.

In 2003 Langan presented A Film Trilogy at MoMA in New York and at the Royal Hibernian Academy, Dublin. In 2002 she represented Ireland in the 25th Bienal de Sao Paulo, Brazil where Too dark for night was exhibited. The trilogy was exhibited together for the first time at The International 2002, Tate Liverpool for The Liverpool Biennial. She participated in the Glen Dimplex Artistsâ€™ Award 2000 at The Irish Museum of Modern Art.

I Gaer (Yesterday) 2007, was created for Becksâ€™ Fusions curated by the ICA London. It incorporated the music of Icelandic band Sigur Ros and is touring internationally through 2009 -2010.

Her films are in a number of international public and private collections including The Irish Museum of Modern Art, the Tony Podesta Private Collection, Washington, and the Hugo and Carla Brown Collection, UK.

Surface Noise is a collaborative video work by artists David Phillips, Paul Rowley and Tim Blue. The artists worked with proprietary instruments typically used in film restoration labs to scan 35mm film prints for damage. By re-programming the machines, the artists were able to isolate only the damaged elements of old film prints, the dust, dirt, and scratches. The original film was then deleted from the files, and what remains is a digital record of the markings of time and use on the physical material of the film itself. This extraction process becomes recorded as a digital portrait of physical residue.

The image is abstract, but holds on to briefly discernible traces of the original in fleeting flashes and bursts of grainy activity. The images and films selected focus in particular on excerpts from the archives of cinema which depict political conflict, demonstrations, riots, and state interventions in public assembly. As the damaged images rush across the screen, interesting parallels emerge between the mechanics of cinema and patterns social disturbance and unrest.

The process of creating the soundtrack followed the making of the images. The artists began with audible time code tracks, bursts of digital signal that are used to keep image and audio in sync on tape, and transferred them to old quarter inch reel-to-reel magnetic tape decks. The tape deck was then played much like an instrument as the signals were fed back into a computer. The results are sounds that are rooted in the strict rigidity of time stamped formats, but yet take on a perceptible human component as the signal is degraded and re-recorded.