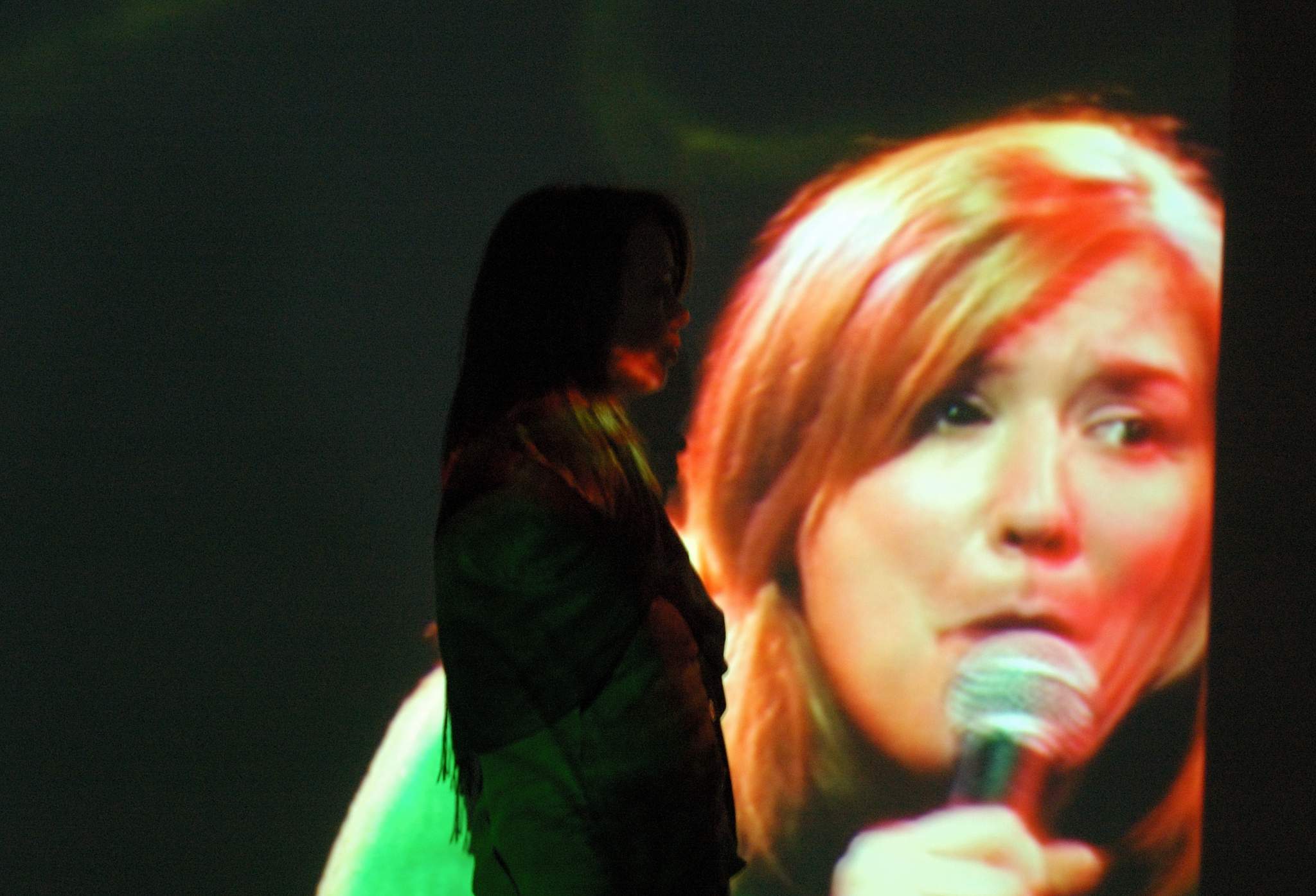 Void was delighted to present Pop Trauma, a solo exhibition by Common Culture, the name of the artist group made up of David Campbell and Mark Durden.

Common Culture exhibited part of their ongoing project, Pop Trauma in two galleries in Northern Ireland. Curated by guest curator Hugh Mulholland they will be exhibiting live performance of Bouncers and DVD installations of Local Comics at Void (28th November – 22nd December 2006) and an exhibition of Bouncer portraits at The Third Space Gallery, Belfast, (7 Dec 2006 – 12 Jan 2007).

Common Culture’s new work produced under the collective title of Pop Trauma develops their previous interest in object-based commodity forms and extends it into an examination of how the culture industry routinely commodifies human labour and experience as entertainment.

In Local Comics, individual comedians are each separately filmed performing their act in an empty comedy club. Each routine is recorded by a stationary video camera, set up to give a close-up head and shoulders portrait of the individual comedians. Each recording lasts the duration of the comedian’s routine, beginning and closing with the empty stage before and after each performance.

The Local Comic installation consists of multiple screen projections of the unedited footage of each comic’s act. The close ups, invite connections with the talking head mode of documentary. Only what we get is a form of brutal banter, the sense of a stream of consciousness, a wild, ill-mannered, crude, uncensored, unedited, document of individual lived experiences, fantasies and fears. The display of a succession of scripted or improvised routines, collectively offers the viewer an incessant babbling, a garrulous tirade, the only limit being the 40 minutes duration of the tape.

In Bouncers, Common Culture continue their interest in popular culture and the demarcation of social space. Through the deployment of nightclub Bouncers, they stage a powerful performance that addresses the tensions involved in the management of cultural power and the control of social space.

The exhibitions will be accompanied by the publication of, Common Culture – Pop Trauma, a 120 pp full colour documentation of the Pop Trauma project.

Common Culture are David Campbell and Mark Durden. The artists’ group was founded in 1996 and they have exhibited nationally and internationally since then. Common Culture achieved international recognition for their exhibitions with spectacular displays of fast food light box menus at the Cornerhouse Gallery, Manchester, EAST International, Norwich, most recently as part of Tate Liverpool’s popular exhibition Shopping – A Century of Art and Consumer Culture. They have also had solo shows in New York, London, Athens, Porto, Lisbon and Belfast.