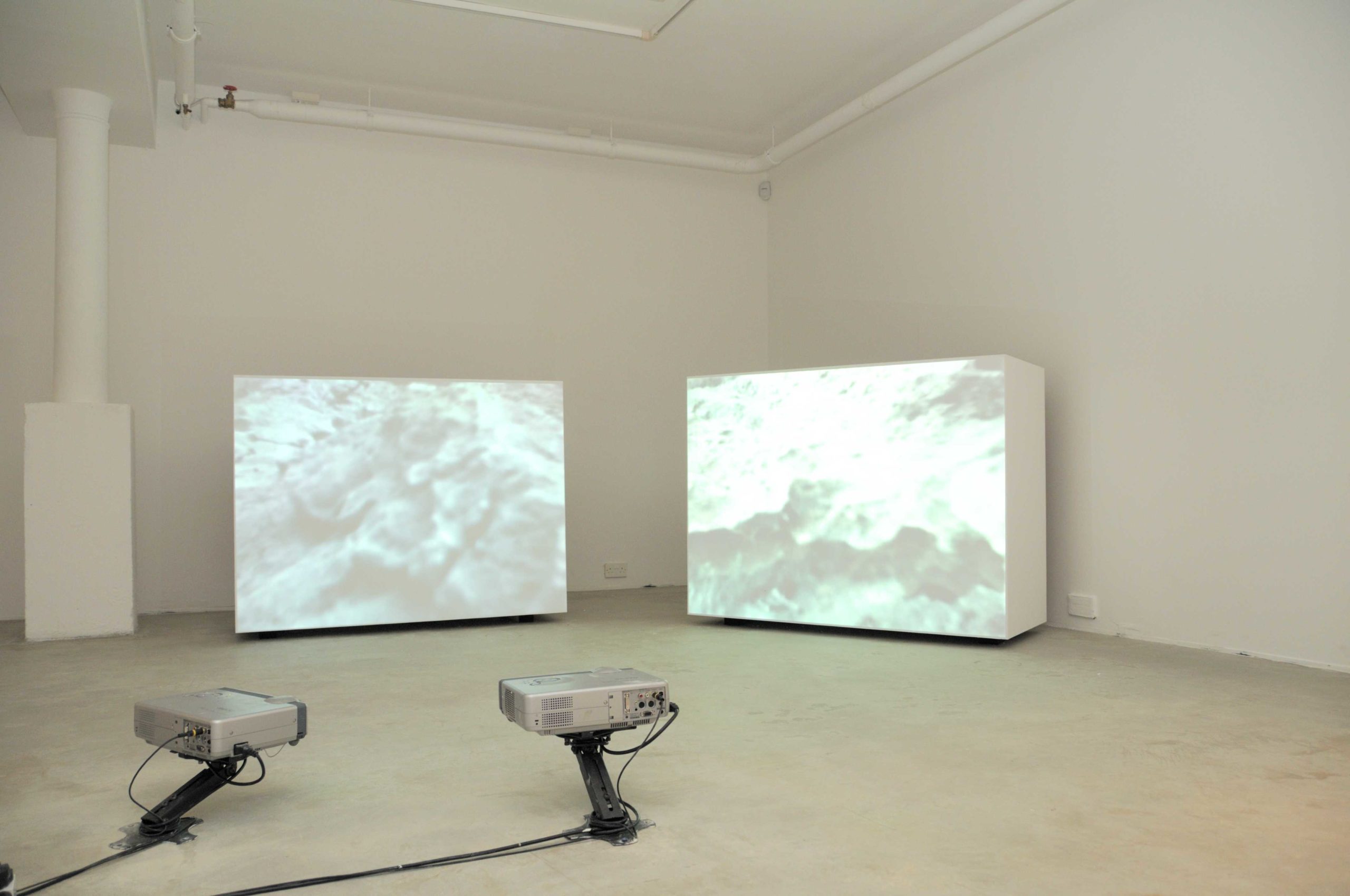 Touchtone test piece is an exploratory art project based around climbing with a blind person resulting in Echo Valley and A Guiding Dilemma.

“I have no sight at all – so I didn’t have any fear climbing – it probably helps not to have any idea of what 20metres looks like from above.  As long as it feels safe I enjoy the climbing and I don’t have any fear – it doesn’t come into my mind.  The only time I’m scared of heights is in my dreams.”

Over the last fifteen years Dan Shipsides has developed an art practice which uses climbing to think creatively about the spaces around us – in particular landscape spaces and ideas about what landscape is or could be.

In recent years he had been taking John, a blind man from Derry, climbing regularly.  This activity had been aimed at thinking how to capture or describe something of this landscape experience.  One approach to achieve this was by attaching tiny micro cameras to John’s fingers, backpack and feet in order to record “finger tip” footage of his climbing. The cameras used were a mixture of low to mid grade monochromatic and colour lenses depending on encumbrance in terms of where they are placed. This produced an interesting grade range of video footage – some clear and wide framed and some close-up and abstracted by varying light levels.

The approach was based on the idea that, whilst sight is crucial to making it easier, climbing isn’t primarily about sight.  It’s as much about movement and physicality.

Landscape as a cultural idea is very visually based.  This project set out to conceive of a visual landscape which avoids some of the organizing principals of sight and to seek to visualize a tactile relationship between the body and its environment.

Dan Shipsides was born in 1972 in Lancashire. He teaches Fine Art at the Belfast School of Art, University of Ulster and is a former Co-Director of Catalyst Arts. He was awarded an AHRC Landscape and Environment Award in 2006, Arts Council of Northern Ireland Major Artist Award in 2004 and in 2000 he won the Nissan Art Award, IMMA, Dublin.

He has exhibited nationally and internationally including ‘Another Fine Mess’ at American University Museum-Katzen Gallery, ‘Still not out of the woods’ L’Orangerie Bastogne, Belgium and ‘Desire Lines’ ACCA, Melbourne.

This project was funded by the AHRC (Arts and Humanities Research Council) under its Landscape and Environment programme and supported by the University of Ulster Art & Design Research Institute.