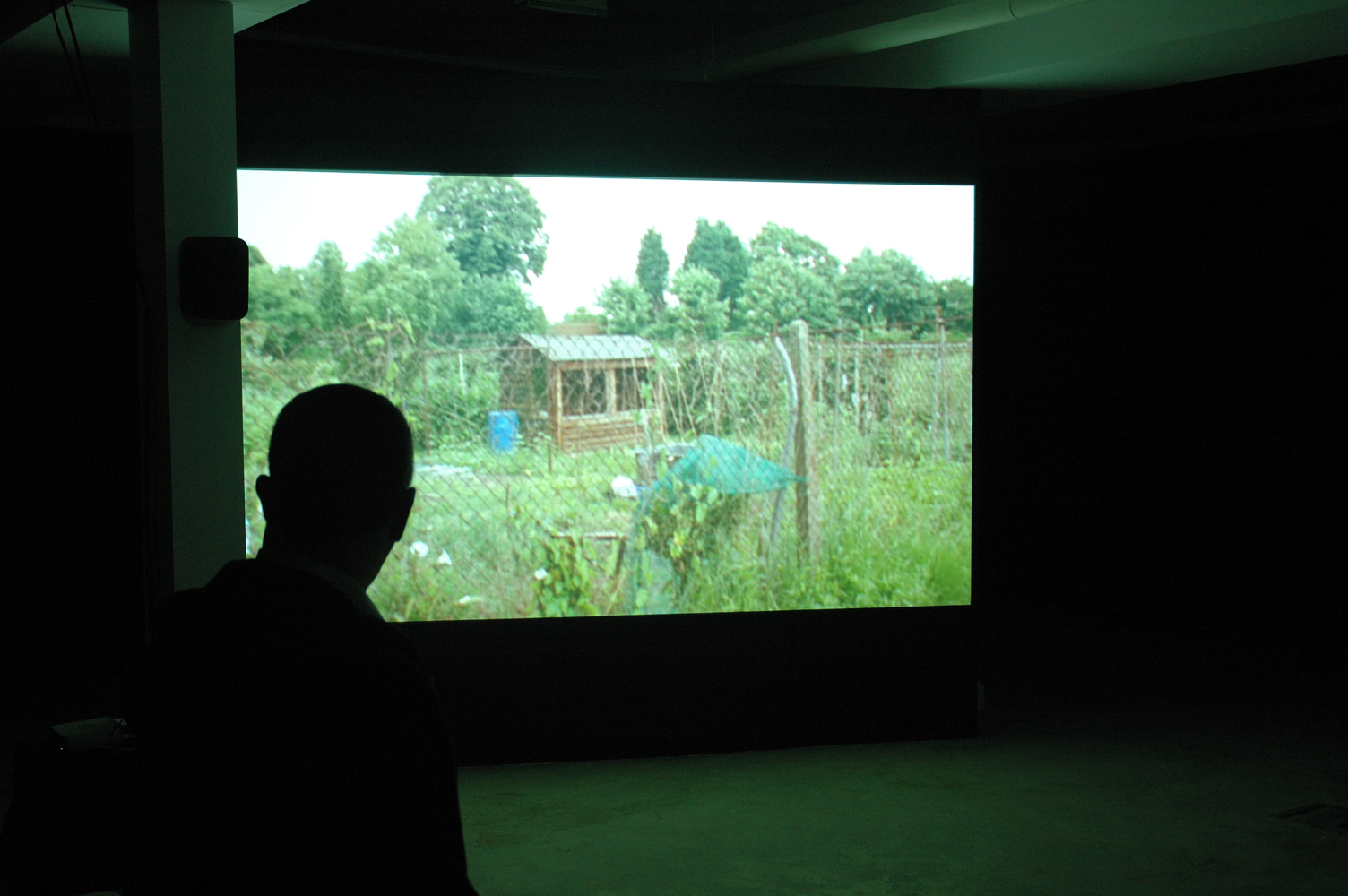 ‘No Special Place’ was a new experimental film installation by Belfast based artist Daniel Jewesbury. Using a script partly appropriated from the 1954 novel Bhowani Junction, Jewesbury has constructed an eccentric narrative which brings biography, memory and race into its view. Our construction of our self is as fragile, as mutable and as unreliable as the memories from which it is built. Drawing on his own half-Indian background, Jewesbury used Bhowani Junction, set amongst the Anglo-Indian community immediately prior to India’s independence, to find ways of investigating this uncertain subjectivity. The piece moves between a number of different registers, the filmic narrative seems to employ soon becoming fragmented and disrupted, as memories (real or imagined) tumble over one another and compete for attention.

Shot on 16mm during Summer 2007, the piece was presented as a double video projection with multi-channel soundtrack. Also shown with ‘No Special Place’ was another new film installation, shot in Ireland and India, ‘I0 Monologues’.
In both pieces, the distinction between appropriated texts and those authored by Jewesbury is never made clear. Both works, whilst apparently autobiographical or ‘confessional’ in tone, thus seek to problematise the conceit of the first-person narrative. The ‘self we encounter in them is, ultimately, constructed only from fictional sources.

Daniel Jewesbury was born in south London in 1972 and studied Fine Art at the National College of Art & Design in Dublin between 1992 and 1996. Upon graduating Daniel moved to Belfast, where he studied for a PhD in the Media Studies department of the University of Ulster, between 1997 and 2001. Daniel’s was the first piece of part-practical research completed in the department, and one of the main outcomes was the video installation Mirage, which was presented in his first solo exhibition, at Project Arts Centre, Dublin. The piece was an ambitious three-screen, computer-driven video installation, filmed at London Bridge, in Arizona.

In recent years Daniel has worked in 16mm film and video installation, photography, text pieces, and performance; his projects have been developed with galleries and institutions around the world. In 2012, Daniel collaborated with composer Ian Wilson, producing live video projections for his new opera I Burn For You, which was commissioned by Aldeburgh Music. The piece toured the UK in 2015.

Daniel has worked as a curator and event programmer for many years. In 2010 Daniel curated the exhibition re:public at Temple Bar Gallery, Dublin, in collaboration with GradCAM, the Graduate School of Creative Arts and Media, with whom he was a Visiting Fellow. In 2015 he was invited to be one of the selectors of Pallas Projects’ exhibition Periodical Review #5, in Dublin. Daniel was a founder of the film-screening organisation Cinilingus and of the audiovisual festival Visonic, both of which organised major events across Northern Ireland.

Daniel works as a Lecturer in Film at the University of Ulster, teaching various courses on experimental cinema and photo-imaging, as well as running the exhibition of final-year students’ practical work.