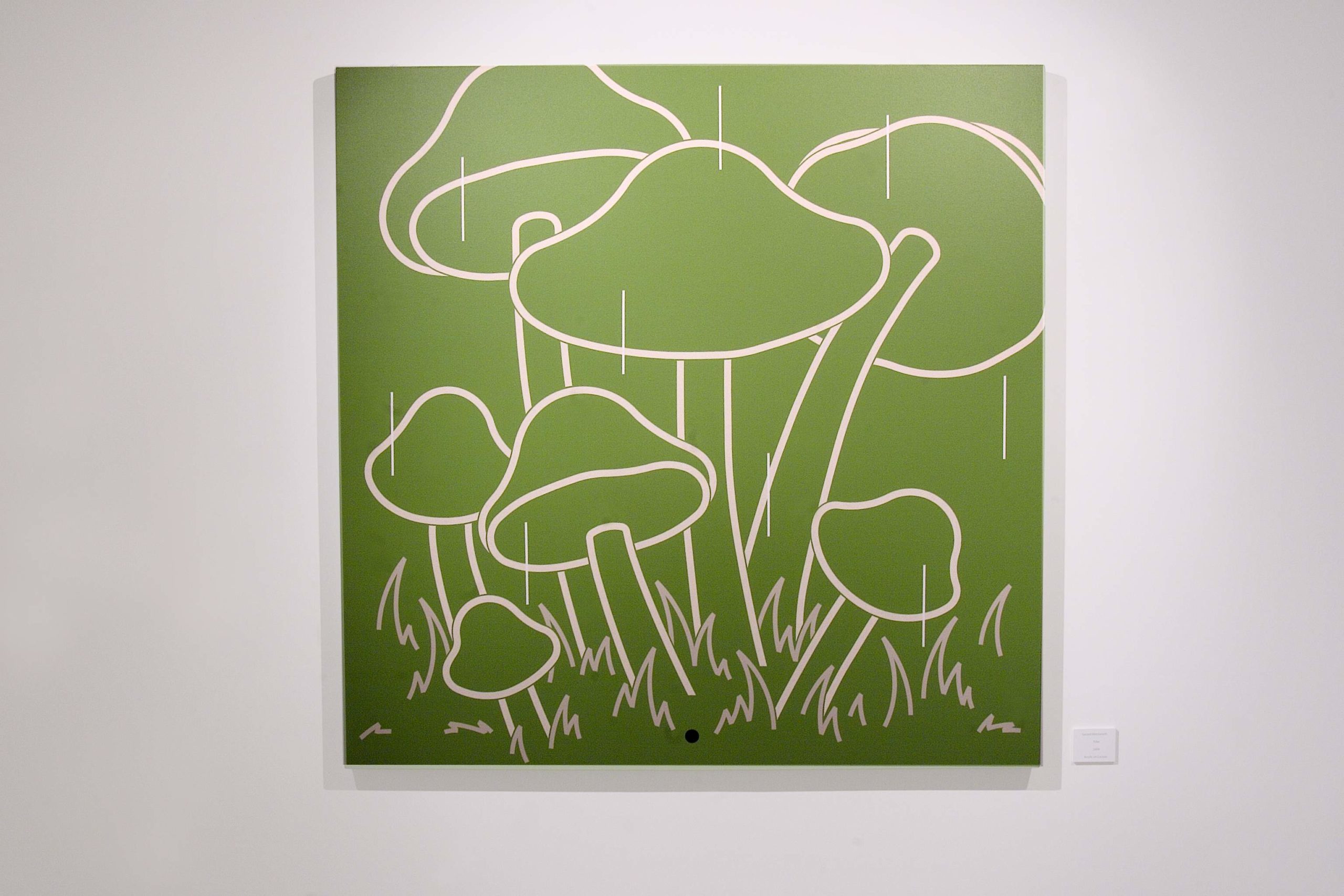 Death is Part of the Process?

Is death a part of the contribution we make to the world, the final part we play in the historical development of the human race? Or does our final demise after a few short years simply prove the futility of our existence?

These questions have been asked since questions were invented, and are posed again in the latest exhibition at Void, Death Is Part Of The Process, curated by London artist David Mabb and featuring the work of seven London-based artists.

The starting point for the show is a conversation between the Marat and the Marquis de Sade in Peter Weiss’ play The Persecution and Assassination of Marat, in which de Sade says:

But man has given a false importance to death
Any animal plant or man who dies
Adds to Natures compost heap
Because the manure without which
Nothing could grow nothing could be created
Death is simply part of the process.

To which Marat replies:
Against Nature’s silence I use action
In the vast indifference I invent a meaning
I don’t watch unmoved I intervene
and I say that this and this are wrong
and I work to alter them and improve them
The important thing
is to pull yourself up by your own hair
to turn yourself inside out
and see the whole world with fresh eyes

It is this dialogue between Marat and de Sade that continues to be played out in this exhibition, not in any literal way as an illustration of an argument, but more the polarities that the individual works pull at or resist.

It presents paintings, textiles, video and installation works, which all in different tangential ways, question or assert the naturalisation and subsequent memorialisation of death and decay.

Jane Harris is a British Postwar & Contemporary artist who was born in 1956. Numerous key galleries and museums such as Large Glass have featured Jane Harris’s work in the past.Jane Harris’s work has been offered at auction multiple times, with realized prices ranging from $254 USD to $2,792 USD, depending on the size and medium of the artwork. Since 2017 the record price for this artist at auction is $2,792 USD for 14:28, sold at ART+OBJECT in 2017. Jane Harris has been featured in articles for Saatchi Online, Art Licks and The Village Voice. The most recent article is Paul Carey-Kent: A Group Show by other means written for Saatchi Online in July 2010.

Gerard Hemsworth was born in London in 1945, from 1963-68 he studied at St Martin’s School of Art, London and has exhibited internationally since the 70’s. Up until 2011 he was Professor of Fine Art and the Director of MFA Fine Art Programme at Goldsmiths, University of London. In 2000 he won the Charles Wollaston Award at the Royal Academy of Arts. In 2010 he moved his studio from London to East Sussex where he now lives and works.

In his work, Hemsworth brings together signs and representations of modernist art, alongside and integrated with, signs and representations from what seem like cartoon narratives, presenting pictorial and ideological contradictions. What initially seems like a straightforward representation of something familiar, unproblematic, simple and innocent is undermined and consequently presents the possibility of picturing something we don’t fully understand. Contradictions between the serious and the absurd become both uncanny and subversive. For Hemsworth the ‘unknown’ is an essential element and a necessary feature for critical engagement. His work presents anxieties, notions of difference and indifference and the question of value.

Bashir Makhoul completed his PhD in 1995 at Manchester University in the UK. He has exhibited his work widely in Britain and internationally, including the Hayword Gallery, London , Tate Liverpool Harris Museum, Preston, Arnolfini Gallery, Bristol, Ikon Gallery, Birmingham, the Liverpool Biennale and many more.
He is co-author of several books/publications including Identity Theft, Return , Ibrahim Noubani, Outside the CAMP and Return in Conflict.

Pam Skelton lives and works in London. She is a visual artist and researcher and was Reader in Fine Art at Central Saint Martins until 2013. Currently she supervises 3 PhD students there. Pam has been responsible for initiating and producing several multidisciplinary arts projects since 1993 to the present day that explore the legacy of the aftermath of WWII and the Holocaust in East and West Europe, through investigations that intersect with history, memory, event and site.

Her work includes individual, collaborative and cross-disciplinary projects that since the early 90’s have primarily used lens based media. Many of which have received support from funding bodies including Arts Council England, Arts and Humanities Research Council, The British Council and Kultur Stiftung des Bund, West Midlands Arts, Calouste Gulbenkian and Wellcome Trust. Her work has been exhibited in England, Canada, Czech Republic, Croatia, Estonia, Finland, Germany, France, Northern Ireland and Russia. Pam has also contributed to several publications and is the co-editor of Conspiracy Dwellings: Surveillance in Contemporary Art, (Cambridge Scholars Publishing (2010) and the book Private Views: Spaces and gender in contemporary art from Britain and Estonia (WAL/IIB Commissions include Burning Poems a site-specific installation in the Anna Akhmatova Museum, St. Petersbury (2005) which, was also exhibited at the Moscow Biennale 2007 and was toured in Russia by the Russian British Council. She was one of three artists collaborating with three academics in Archive of Exile a major Arts and Humanities Research Council, Speculative Project initiated by Sheffield University (2009-11). She was commissioned to produce Artists Pages for Women and War volume of the International Feminist Arts journal n. paradoxa in 2014 and since 2015 has been developing initial research into conflict and memory in Israel Palestine.

Annie Whiles makes woodcarvings, drawings and embroideries from a collection of personal icons, gathered from encounters or confusions she has experienced. The images, photographs and objects gather in her studio and may lay dormant for several years until the right time. The artist likens these icons to messages or signals, mediating between different worlds.

Whiles describes the process of carving as “a means to an end to see a wooden object or device in a room,” likening the process to archaeology, engaging with a material both dead and alive. Surfaces are then painted to divert attention from the wood itself.

The work acts as a test or a probe, travelling without moving, possibly exceeding its material conditions but unable to escape its own comedy.