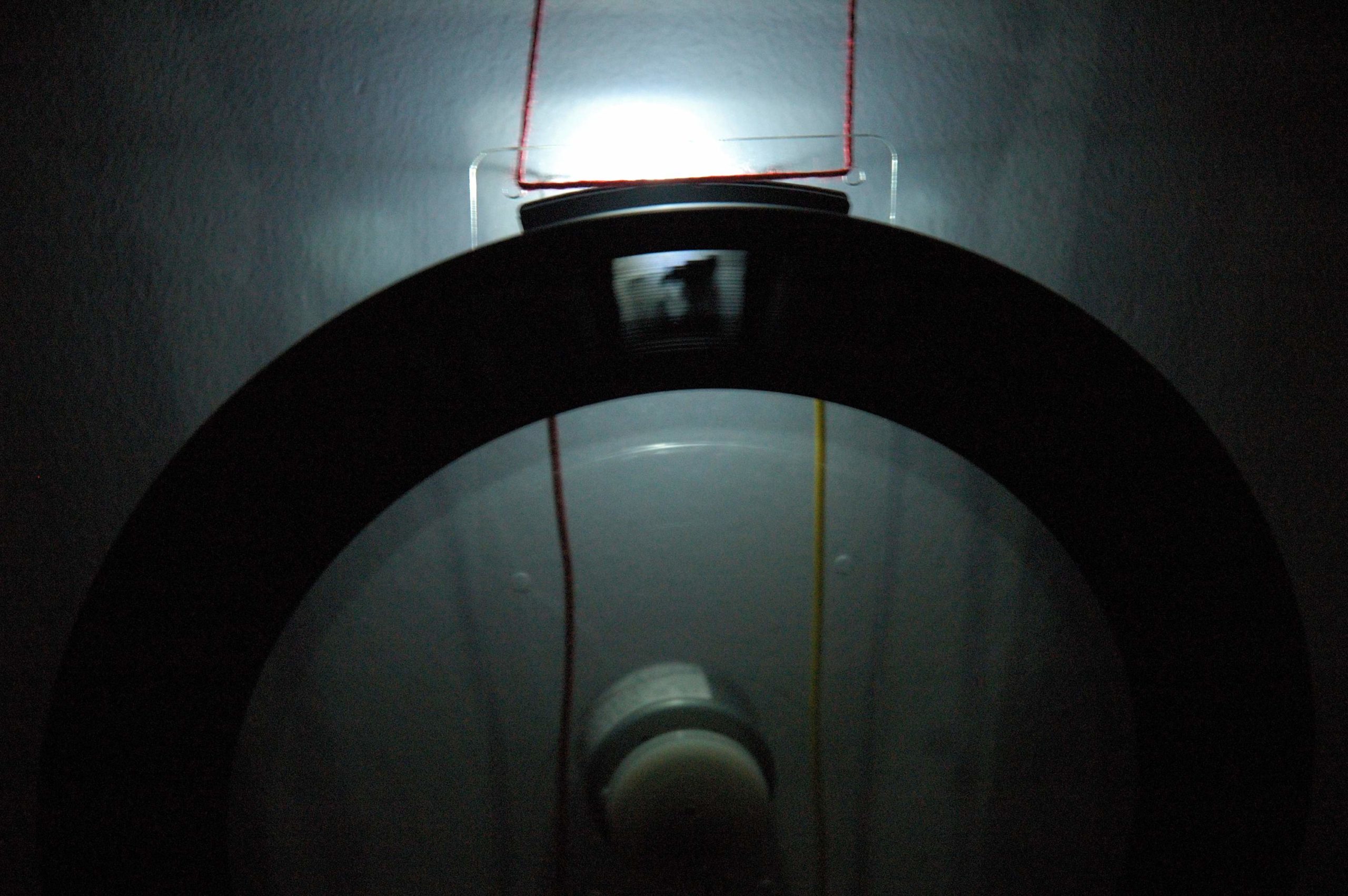 Void was delighted to host the solo exhibition dx/dt by Dublin based artist/musician Dennis McNulty.

Since departing from decal in 2003 Mc Nulty has focused his energies into creating his own work making a huge impression within the visual arts by representing Ireland in the 2004 São Paulo Bienal.

In 2006 McNulty returned to Brazil to organise a series of 8 sound-performances in apartments in Brazil.

A call for participation was sent to the mailing list of São Paulo based Bizarre Records and each performance was organised via e-mail in response to the offers received. There were certain criteria to be met: the concert was to take place in an apartment near the top of a tall building in an urban area at ‘magic hour’, the hour just before sunset. The audience were to be invited by the concert organiser and the organiser’s home stereo was to be used as amplification.

The artist’s payment was a meal.

From 1993 to 2003 he was one half of Irish electronic music pioneers Decal, releasing three albums and almost thirty other releases on labels such as Planet-Mu, Warp, Rotters Golf Club and D1. With Alan O’Boyle [who continues to release music under the Decal moniker to widespread acclaim] and promoter Paul Timoney he founded the Ultramack record label & studios and together they ran the influential ‘Phunk City’ club where McNulty and O’Boyle were resident DJs. In 2003 he co-founded i&e, an organisation dedicated to bringing new sonic experiences to Irish audiences.

In recent times his interest has centred on computer based audio systems, especially in a live and improvised context. As an improviser, he regularly plays in a duo with percussionist David Lacey. Together they have played with many international musicians as well as regular Irish collaborators Paul Vogel and Fergus Kelly. He is also a member of serverproject, an ongoing investigation into site-specific, networked, improvised electronic music with Donnacha Costello, Peter Maybury & David Donohue.