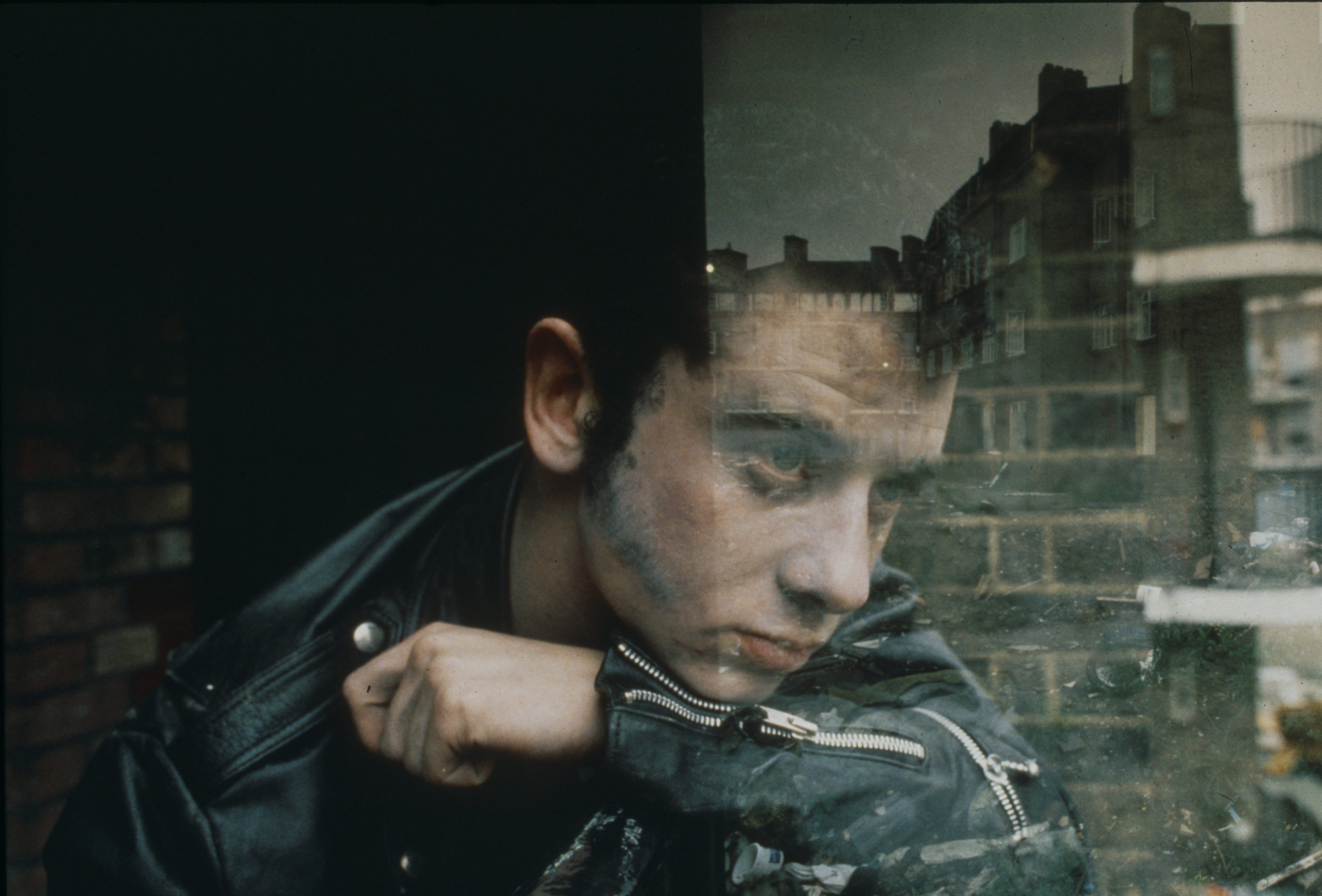 The Last of England, an exhibition by Derek Jarman at Void Gallery in 2019/20, explored the work of one of Britain’s most iconic filmmakers, painter, writer, gardener and political activist. During the ‘80s and ‘90s, Jarman shifted from being apolitical – with his films documenting his private life in a ‘cinema of small gestures’ – to being at the centre of the queer movement, with his activism firmly integrated into his films. In this exhibition Jarman’s politics and activism are at the forefront; the GBH painting series (1983-84) and his film The Last of England (1987) reflect and resonate with our current political crisis.

The culmination of these works at Void allowed for both a celebration of his work and highlighted the continuing need to agitate and disrupt. The legacy of Jarman’s work and gay rights activists both past and present are demonstrated in recent societal and legislative changes; legalisation of gay marriage in Northern Ireland. Jarman’s work is prescient and has a strong resonance to our times.

The Last of England

Created in response to social injustices of the late ‘80s, the themes of The Last of England still reverberate widely across contemporary Britain and Northern Ireland. Jarman’s apocalyptic, postcolonial depictions of the ‘fall of England’ – reflecting the country’s desire to return to its ‘imperial days’ – are ever present in the current political landscape, from Brexit, parliamentary suspensions and the absence of a government at Stormont, to the rise of nationalism, fascism and state surveillance. We are at an impasse in Northern Ireland and are once again at the mercy of Westminster decision-making. The film references the AIDS epidemic and the collective trauma that was experienced at that time. The film was initially going to be titled GBH The Last Of England, reflecting the destruction of the landscape and culture of England, and more personally the body through AIDS. Jarman said the GBH could stand for “whatever you want it to: grievous bodily harm, great British horror, gargantuan bloody H-bomb”. Instead he used the GBH title for his painting series, depicting the map of England in various stages of being enflamed. In exhibiting these works, it punctuates this particular moment in Northern Ireland and the UK political history, to show the parallels in the political struggle from then and now.

In the Shadow of the Sun

In the Shadow of the Sun (1981) was also exhibited, reflecting his earlier works that are more biographical; a series of Super 8 films that were shot between 1972 and 1975, edited together with the soundtrack by Throbbing Gristle. This film was part of a body of film works referred to as the ‘cinema of small gestures’; the use of filters and the atmosphere of the film contrasts the dystopic sensibility of The Last of England.

PROTEST!, published by Thames and Hudson, 2020

Void are delighted to have our recent exhibition The Last of England featured in this new monograph on Derek Jarman, co-published by IMMA and Thames & Hudson on the occasion of the major retrospective of his work PROTEST! at IMMA Dublin.

It offers a definitive overview of Derek Jarman’s life and work, covering all aspects of his oeuvre, from his feature films and Super 8s, his painting, design for theatre, memoir, poetry, gardening and political activism – all with a view to highlighting the artist’s wizardry with word and image and his passion for collaboration, community and social justice.

Order your copy now on the IMMA Shop.

The exhibition coincides with a major retrospective of Jarman’s work at the Irish Museum of Modern Art in partnership with Manchester Art Gallery (2 Apr – 31 Aug 2020), and is accompanied by additional projects at John Hansard Gallery, Southampton.

Void Gallery is supported by the Arts Council of Northern Ireland, Derry City and Strabane District Council, and Northbound Brewery.

Thank you to all who attended Derek Jarman’s The Last of England which ran from 16 November 2019 – 18 January 2020. The exhibition focused on work that was made during the 1980s and marked a shift in his focus from the personal to the political. In this exhibition Jarman’s politics and activism were at the forefront; the GBH painting series (1983-84) and his film The Last Of England (1987) reflecting and resonating with our current political environment. The exhibition was well received and we held a range of events from film screenings, talks, and workshops. We welcomed community groups such as Eden Arts Centre and The Playtrail and partnered with University of Ulster on a talks series featuring Michael Charlesworth and Francesca Balboni from the University of Texas, Austin. Void would especially like to thank film producer and moving image curator James Mackay for giving an illuminating introduction to Jarman’s Super 8 films – a selection of which were screened as part of the opening events.