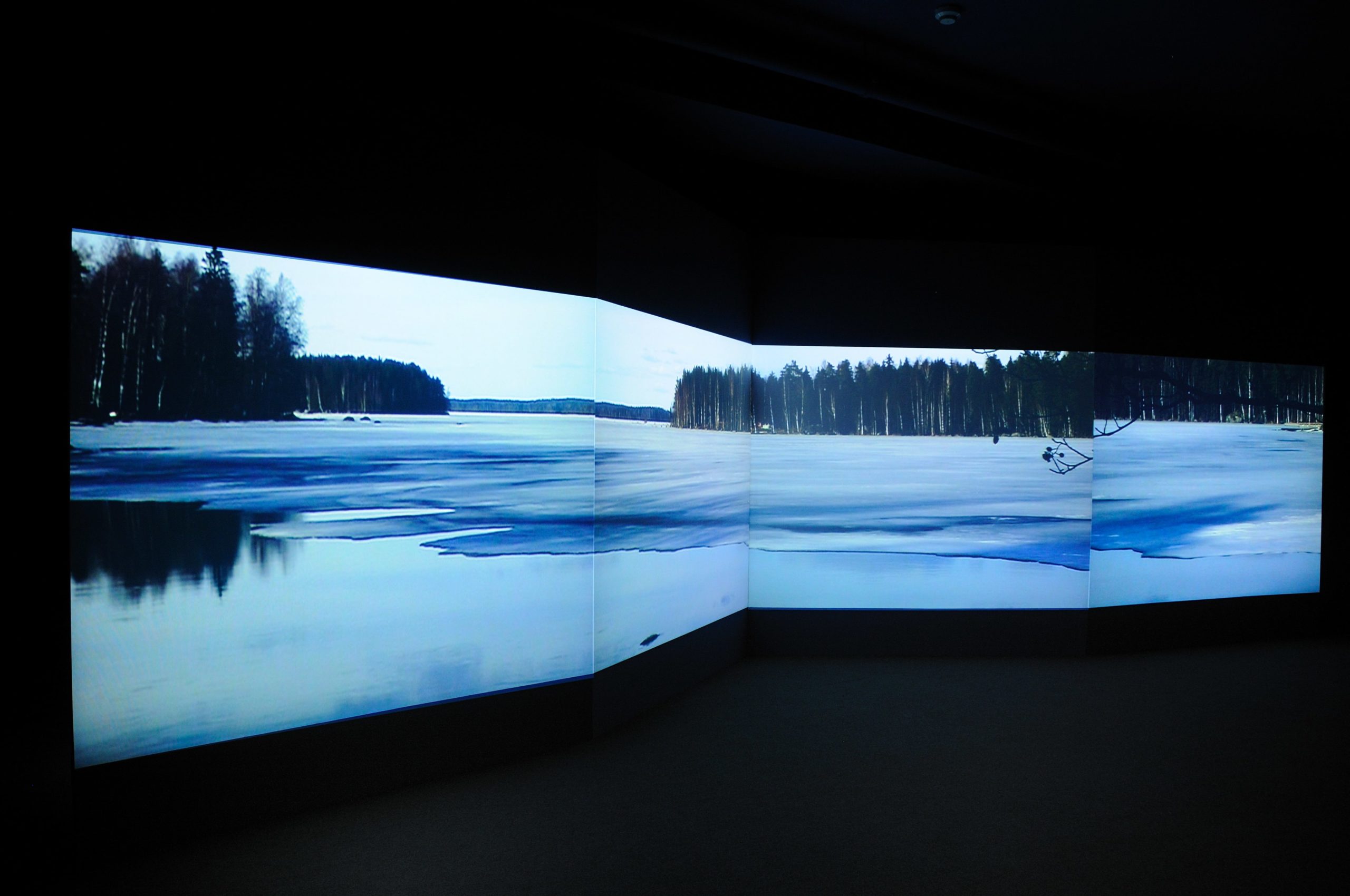 The emotions of love, sexuality, jealousy, anger, vulnerability, and reconciliation are explored within the works of Eija-Liisa Ahtila.

Born in Hameenlinna, Finland in 1959, Ahtila studied film in Los Angeles and London. Her multi-screen installations and films explore and experiment with narrative storytelling, creating extraordinary tales out of ordinary human experiences.

Ahtila refers to her work as ‘human dramas’, fictional narratives drawn from her own observations and experiences as well as from long periods of research. Her works allowing her audiences to peer inside the minds of the characters, laying bare the true fragility of intense psychological and emotional states.

Ahtila’s highly personal artistic style and ambient imagery places her among today’s most important international artists, and her works have been exhibited at major museums across the world, such as Tate Modern (London), Hamburger Bahnhof (Berlin) and MoMA (New York).

Eija-Liisa Ahtila was born in Hämeenlinna, Finland in 1959. She studied filmmaking at the London College of Printing, the University of Helsinki and at the University of California in Los Angeles. Eija-Liisa Ahtila has long been considered a master of the cinematic installation form. Her work is conceptually organized around the construction of image, language, narrative, and space, and she has often probed individual identity and the boundaries of the subject in relation to the external world. Using the visual language of cinema, Ahtila presents large-scale installations with split-screen projections on multiple panels. These viewing conditions, with their simultaneously charged vantage points, break the idea of cinematic perspective and construct an experience of several co-existing times and spaces for being.

Eija-Liisa Ahtila has been honored with numerous prizes over the past two decades that include, most recently, becoming an Academician of Arts in Finland (2009); The Prince Eugen Medal for Outstanding Artistic Achievement, Sweden (2009); Artes Mundi, Wales International Visual Arts Prize, Cardiff, Wales (2006).

She is represented by the Marian Goodman gallery. See more about her work here.

This is the first solo exhibition the artist has had in Ireland. Void would like to thank the Arts Council of Northern Ireland, Esmée Fairbairn Foundation, The Finnish Institute and The Finnish Embassy for their support in the production of this exhibition.