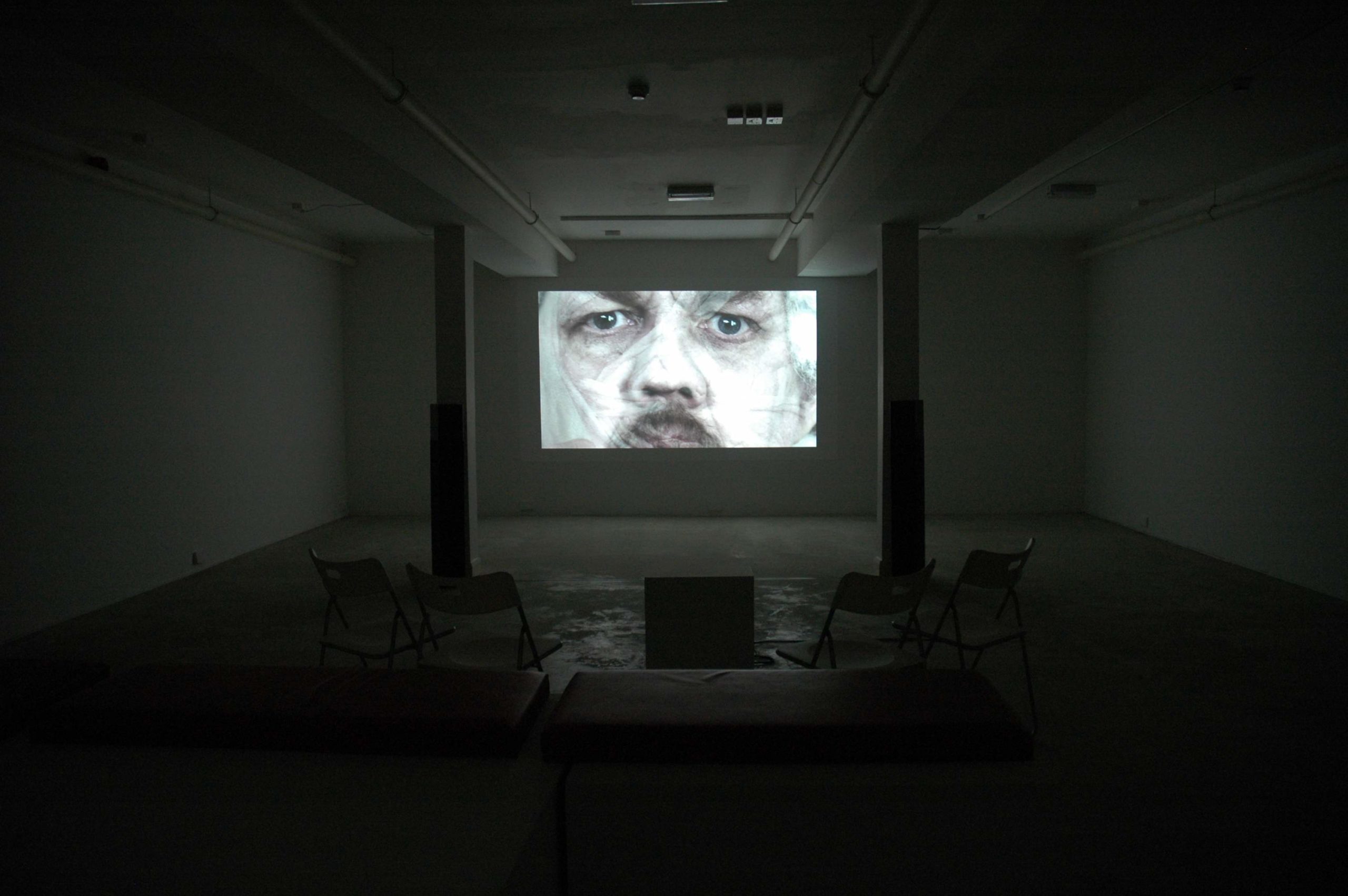 Void was delighted to have Inside the Core/Tetralógía by Icelandic artist Gabriela Friðriksdóttir in the gallery. Friðriksdóttir’s drawings, sculptures, music experiments and videos create a microcosm tending towards Surrealism, peopled with hybrid and sexually charged beings that can be read as metaphors for melancholy and excess.

Gabríela Friðriksdóttir’s video works are distinguished by a meditative narrative structure, which is fed by Nordic sagas, and breaks with rational logic. Her creative drive has been influenced by a compulsion to investigate the irrational and mysterious, and this is reflected in her sculptures.

In the work Tetralógía, first exhibited at the Venice-Biennial in 2005, the artist creates a complex, closed system of symbols which not only link various media, but also combine and compose the most varied cultural, religious and psychic landscapes.

To form a dialectic Friðriksdóttir uses so-called Versation, a rhetorical stylistic device that has emerged specifically from Icelandic cultural circles and, unlike the monologue, distinctly involves listeners who, though silent, do not remain passive. The four videos in serve as a navigation system through this nebulous landscape, which in each case is named according to the points on the compass. Numbers do not occur in Friðriksdóttir’s work simply by coincidence; their mysticism and cultural meaning have been fully investigated. Hence the number four is not only representative of the four elements, the four seasons or the four medieval attributions of the earthly, but it also surfaces in C. G. Jung’s psychoanalytical writings: the four pillars upon which Jung categorised human consciousness were feeling, thought, perception and memory.

In her works, Gabríela Friðriksdóttir has frequently collaborated with people from her own close-knit circle. The music for Tetralógía was composed by Björk, Borgar þór Magnason, Daniel Ágúst Haraldsson and Jónas Sen. Björk also plays a major role in the video North, as a demon-bearing Venus.

Inside the Core, another work at Void, is a film based on the number eight. The film is constructed from eight major scenes. In each scene, the film’s protagonists, a girl and a baker (symbol of the creator) negotiate an element from Friðriksdóttir’s material cosmos. Here Friðriksdóttir investigates the duality principle, which oscillates between order and chaos, the confused interior and the clean, neat exterior, intense passion and heavy melancholy.

Gabríela Friðriksdóttir (born 1971 in Reykjavík, Iceland) is an Icelandic visual artist, painter and sculptor. In 2005, she represented Iceland at the Venice Biennale, and she is a previous winner of Iceland’s Gudmunda Art Prize (2001). She has also shown at Migros Museum, Zurich; Centre Pompidou, Paris; National Gallery, Reykjavik; Museum of Modern Art, Oslo; and Kunsthaus Graz

Find more about her practice here.