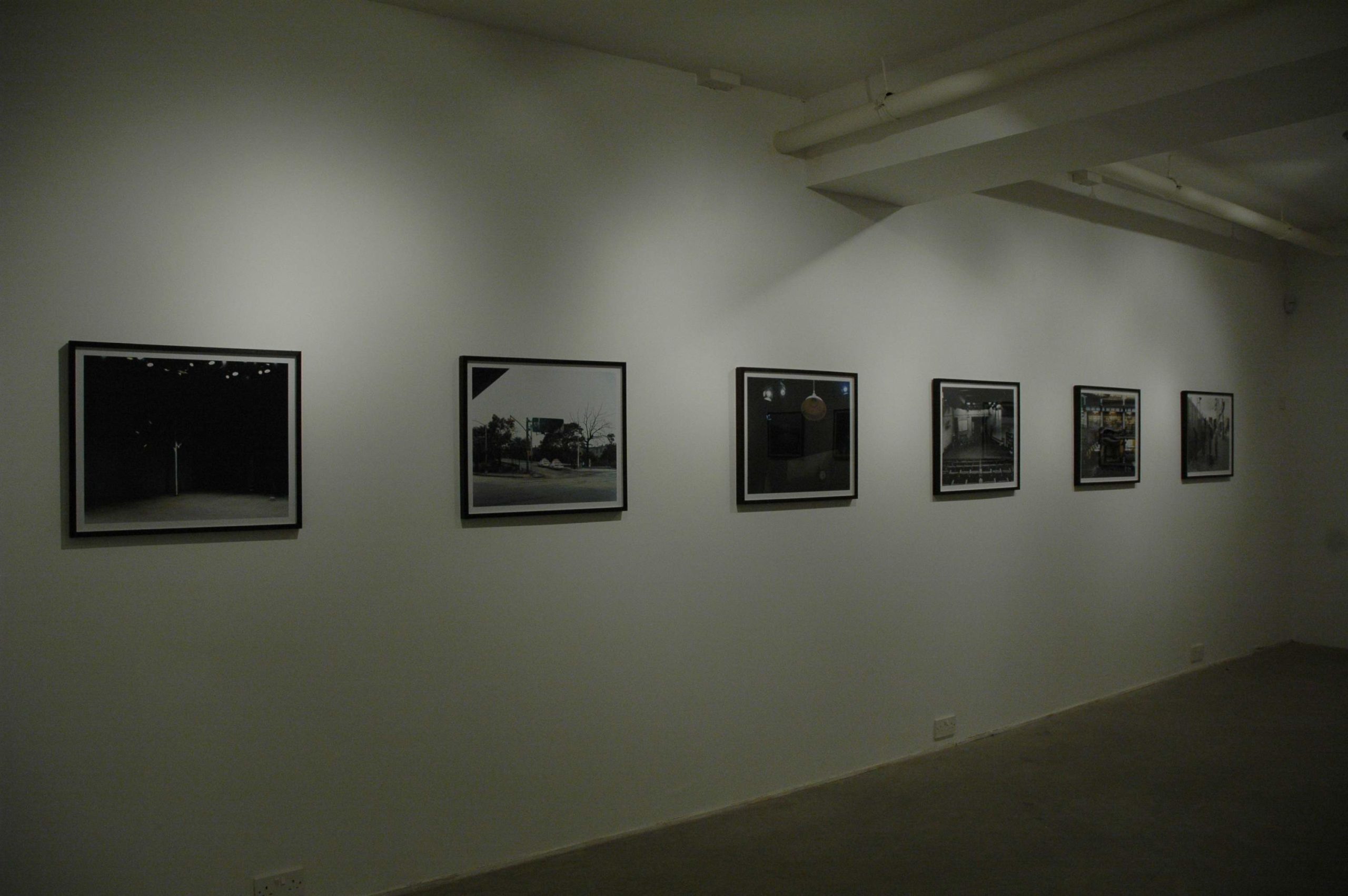 Void was delighted to host a solo exhibition of photographic works by Gerard Byrne in the summer of 2005.

Gerard Byrne works primarily with photographic and video based media. In the News is a photographic collage of diverse images, presented in a modular fashion, which is re-drafted on each occasion it is installed. The work is a meditation of sorts, on photography and the photographable. On each occasion the work is installed, each image is accompanied by a series of obtuse captions, which sometimes provide conceptual connections between images, and at other times refer to specific references in the history of photography.

The title of the project sets the images up as vaguely topical, while also referencing the relationship between photography, newspapers, and the idea of narrative within images. Why it’s time for Imperial, again, is a project made in stages between 1995 and 2002. Imperial was developed from an advertorial published in a National Geographic magazine in 1980. The advert took the form of a transcript of a conversation between Frank Sinatra and Lee Iacocca, then chairman of Chrysler, on the subject of the Chrysler Imperial, a new luxury car model.

Gerard Byrne (b.1969) is a visual artist working primarily with photographic and video based media. His work has been shown internationally at the 8th Istanbul Biennial (2003), the Whitney Museum of American Art (2003), New York, and Manifesta 4 (2002), Frankfurt. Major solo exhibitions of his work have been mounted at the Frankfurter Kunstverein (2003), and the Douglas Hyde Gallery, Dublin (2002). Two significant books have been published on his work, the most recent of which is “Books, newpapers, and magazines” published by Lukas and Sternberg. In 2005 his work is included in exhibitions including at the Van Abbemuseum, Eindhoven, the Munich Kunstverein, the Irish Museum of Modern Art, and the Goteborg Biennial.