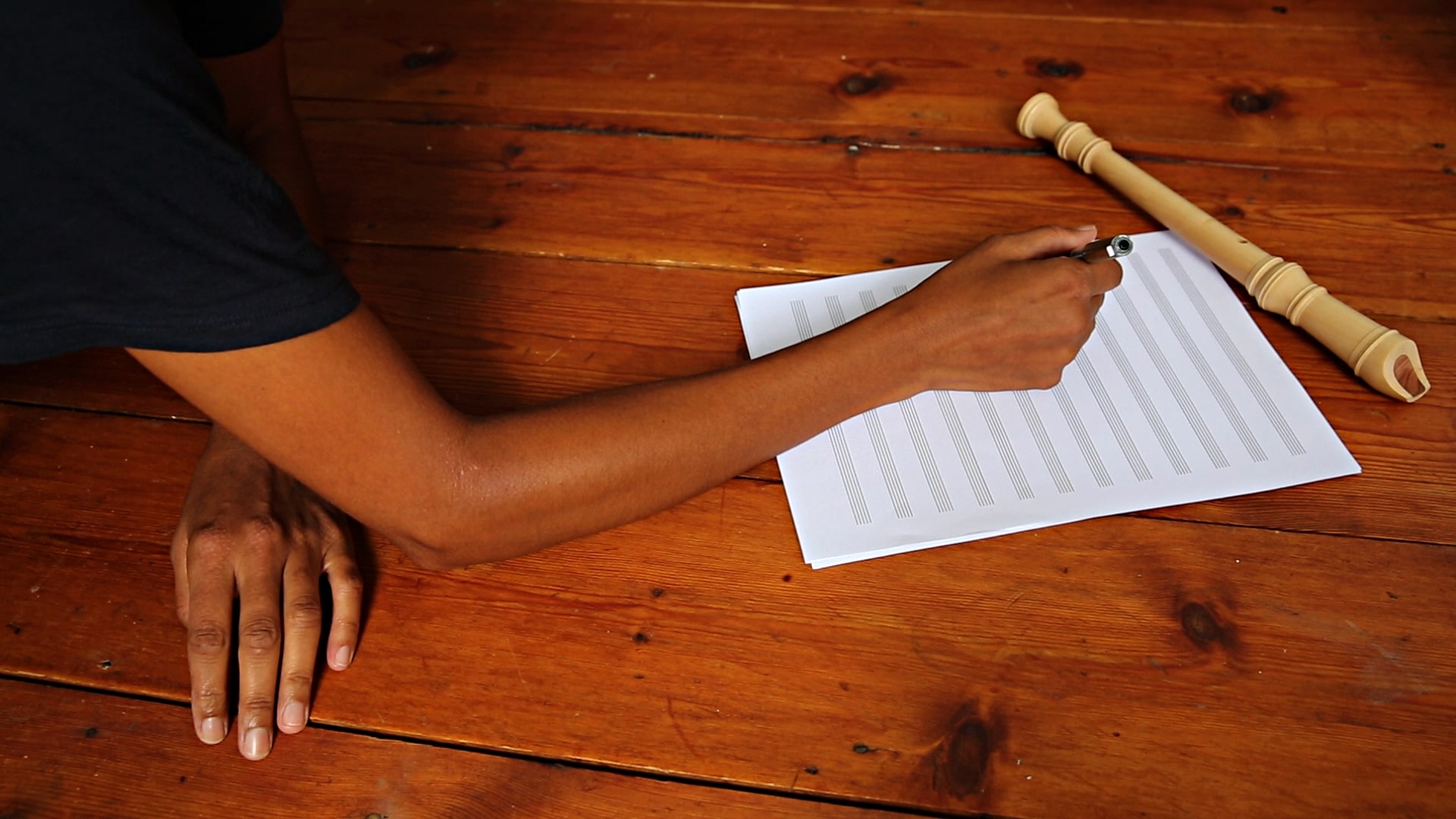 The Long Note is a solo exhibition by artist Helen Cammock, celebrating the involvement of women in the civil rights movement in Derry in 1968 and coinciding with the 50th anniversary of the first march in Derry on October 5th. Cammock  has created a new film work – commissioned by Void Gallery – that explores the history and role of women in the civil rights movement in the city. The complexities of the politics in Northern Ireland have overshadowed the social history of the region and women’s history more specifically. Helen was subsequently nominated for the Turner Prize 2019 for her film The Long Note and jointly accepted the award with her fellow nominees in December 2019.

The Long Note (2018) is a partial move towards redressing this disparity and to recognise the need to expand the narrative and highlight the centrality of women in what was a pivotal moment in Derry and Ireland’s history.

Cammock’s practice often explores social histories through film, photography, print, text and performances creating multiple and layered narratives that are not linear in nature allowing for the cyclical nature of history to be revealed. Through these devices she will explore the motivation for women’s participation in the civil rights movement, the influence of the black civil rights movement and the invisibility of women in the historical narrative of the time, and how it impacted family life and the notion of loss. The film is an attempt to articulate the variety of political positions taken by women at that time, there was no one unifying position or one identity but a multitude of voices that permeated a tumultuous time in the city’s history.

Shouting in Whispers (2017) will be exhibited alongside the new work. This hour-long film takes edited YouTube clips along with original footage that moves through moments of conflict, political resistance, and protest from the 60’s to the present day. The film is punctuated by the artist singing and appearing intermittently throughout the film giving the past a voice in the present.  Both films are connected through their ability to relay the universal struggle and to give a voice to the invisible, to lay bare the importance of the collective experience, and acknowledging the power in the universal experience.

Both films address geopolitics in all its complexities, The Long Note brings women’s distinctive and diverse voices and perspectives to the fore while Shouting in Whispers traverses the history of conflict from the period of the Vietnam War to the present day. Cammock retells history, making links between the past and the present and creating alternative histories, giving a voice to the unheard.

Helen Cammock (b.1970, England) gained her MA in Photography from the RCA in 2011 and her BA (hons) in Photography from the University of Brighton in 2008. She had a solo exhibition at Cubitt, London (2017) and an exhibition and commission with Bookworks as part of Hull City of Culture (2017) and has been included in the Serpentine Cinema series, Tate Artist Moving Image Series and Open Source (2016). Helen was also the winner of the Max Mara Art Prize for Women (2018-19).

Helen Cammock works across film, photography, print, text and performance. She produces works stemming from a deeply involved research process that explore the complexities of social histories. Central to her practice is the voice: the uncovering of marginalised voices within history, the question of who speaks on behalf of whom and on what terms, as well as how her own voice reflects in different ways on the stories explored in her work.

Cammock’s practice is characterised by fragmented, non-linear narratives. Her work makes leaps between different places, times and contexts, forcing viewers to acknowledge complex global relations and the inextricable connection between the individual and society.

This exhibition is kindly supported by the Department of Foreign Affairs and Trade and the British Council.

Podcast of Helen Cammock in conversation with Mary Cremin