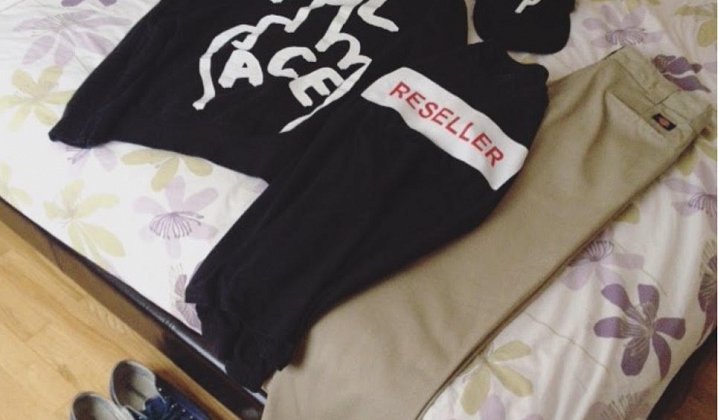 sur— [infinite Slippage: production of the r ~e ~a ~l as an intensive magnitude starting at zero-eight] —plus is a commission by London and Amsterdam based artist Ima-Abasi Okon in partnership between Void and the Chisenhale Gallery. Okon works with sculpture, sound and video to produce installations that explore exhibition-making as an exercise in syntax, adopting linguistic and grammatical structures within her installations as a way of complicating the construction of knowledge.

For the iteration of the commission, Okon delineates individual aspects of a previous vocabulary of symbols embedded in both hand-made and mass-produced materials, including film to explore representations of the body and the formation of taste, value and excess. A series of industrial air conditioners are adapted to become hosts for a new multi-channel sound piece comprising an existing audio track that has been slowed down. Acting as both a cooling system for the gallery and as a vehicle for the sound work, the fans perform at various speeds and durations.

In another gallery the ceiling has been partially lowered using a standardised modular system, often found within offices, retail spaces, waiting rooms and other administrative environments. The mass-produced ceiling tiles have been smeared with an invisible mixture of morphine, insulin, ultrasound gel and gold, imbuing the otherwise everyday objects with a personal, totemic charge.

Hand-crafted glass light shades, each adorned with an opulent design and filled with palm oil and Courvoisier VS Cognac, hang from the ceiling. With the introduction of these liquids, the lights emit a golden glow, further highlighting an atmospheric friction between Okon’s production processes, pointing to the possibilities of magic as a sculptural act. Okon’s ongoing use of oriented strand board, painted with varnish and framed with ‘exotic woods’ further explore how value is assigned to a given object or material through its categorisation, modes of display and origin.

Through the use of sound, scale and light and film, Okon’s commission makes audible and palpable an excess, or surplus, that is often silenced or not seen and in doing so questions how to represent a body in its absence. Ima-Abasi Okon’s practice across print, sculpture and moving image revolves around a preoccupation with knowledge, its production and the methods which language both regulates and distributes it. The result is work that often deals with how information is performed as an extension of knowledge.

This new commission was made in partnership with the Chisenhale Gallery, London.

For more about Ima’s work please visit her website.

Review in October 2020 issue of Frieze Magazine by Eva Kenny