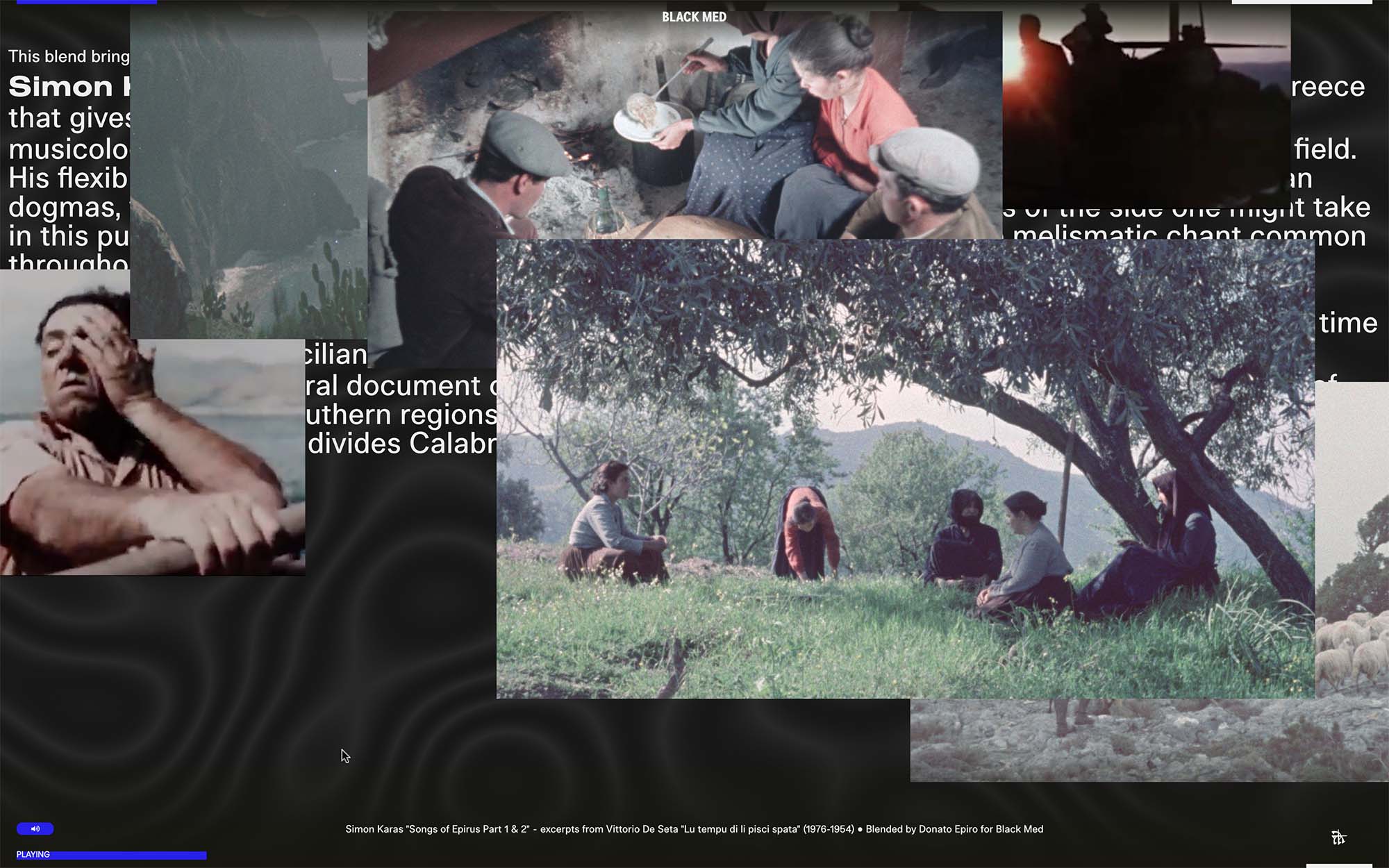 Void is delighted to present BLACK MED SECCO, a solo exhibition by Invernomuto, the name of the artistic personality created in 2003 by Simone Bertuzzi and Simone Trabucchi.

Invernomuto’s works are research-based projects that often use cultural references as their starting points and utilise open systems to disseminate their work – outputs that take the form of moving images, sounds, performative actions, and publishing projects.

For their exhibition at Void, Invernomuto will create an immersive sonic, physical and visual environment referencing the Mediterranean basin. The historian David Abulafia refers to the Mediterranean as a sea with many names: an in-between sea or sea ‘between the lands’. He writes about the world having several ‘Mediterraneans’, all of which present us with vast, empty spaces like a sea or a desert that have helped to bring very different cultures into contact with each other. Throughout this exhibition, Invernomuto delve into the idea of the sea historically being a crossroad of cultural exchanges and a space of contention that both separates us and brings us together.

In gallery one, through their research in the textile collection of the Museum Studio Del Tessuto (Fondazione Ratti, Como) Invernomuto have created a walled work using moiré textiles that allude to the refraction and movement of the sea. This pattern is replicated in the live stream in gallery two of Black Med. This is an online platform (accessible on blackmed.invernomuto.info) that acts as an archive of music. Black Med is compiled by Invernomuto and a vast array of invited artists and contributors. As part of the live projection stream the music is accompanied by projected slides containing theoretical texts and backstories that enliven the score. This music archive demonstrates the dynamic, multi-cultural sounds and music that emerge from this region and beyond. The intention of the project is to create an open and live system so anyone can upload new sounds into it: the goal is to have a growing archive, a Black Med magma, which constantly evolves.

Black Med is an ongoing project initiated by Invernomuto in 2018. The Mediterranean Sea, once understood as a fluid entity aiding the formation of networks and exchange, is now the scenario of a humanitarian crisis and heated geopolitical dispute. The migration crisis across the world, be it for reasons of economics, war or climate change, is escalating and while one crisis is in the news, the others continue to be exacerbated. Migration has been one of the biggest and most divisive political questions of the twenty-first century, and it seems likely to be a central part of our politics going forward, especially in the Mediterranean area where several continents and migration regimes meet. The notion of the Black Mediterranean captures the long history of racial subjugation and sites of resistance. It tells the complex story of colonial history and a post-colonial world where borders and frontiers represent fortress Europe. This exhibition creates opportunities for the audience to expand their cultural frameworks and explore their ideas of the periphery, the center and the in-between spaces that are often precarious, transitory and transactional.