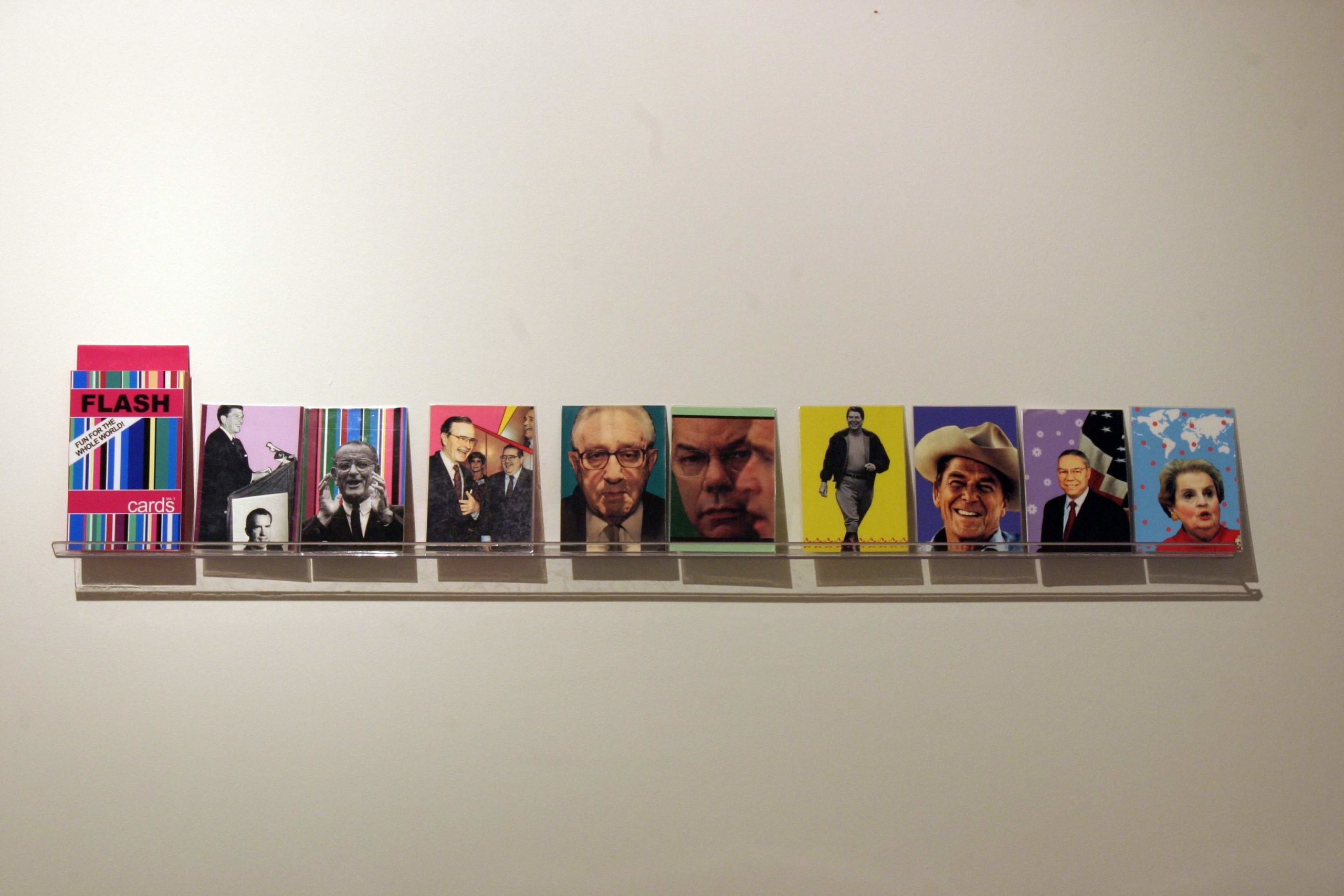 Void was delighted to host a solo exhibition Samadoon by Jacqueline Salloum.

Jacqueline Salloum is a Palestinian American film-maker, printmaker and sculptor and her exhibition included examples of each of her areas of work. Jacqueline’s concerns are centred around the issue of the Israeli occupation of Palestine and racist depictions of people from Arab nations. One film in progress was shown, which is a documentary about the Hip-Hop scene in Palestine and Israel and one band featured in the film, the Palestinian Rappers (PR), were flown in from Gaza to perform in Void at the opening night. The British Council funded PR’s visit to Ireland. Following their performance at the opening the rappers performed at Sandino’s Café Bar in Derry and The Pavillion in Belfast.

Jacqueline Reem Salloum is an artist and filmmaker of Palestinian and Syrian descent. Her multi-media based artwork focuses on documenting histories and memories of people, including her family, that have been fragmented by displacement and exile. Salloum’s film work includes experimental video pieces like Planet of the Arabs, which screened at the Sundance Film Festival. She directed the award winning feature documentary on the Palestinian Hip Hop scene, Slingshot Hip Hop, which premiered at the Sundance film festival. Salloum’s art and video work have been exhibited in solo and group shows in the US and internationally including, Mori Art Museum, Japan; Reina Sofia, Spain; Museum of Contemporary Art Taipei, Taiwan; Institute of Contemporary Arts, London; Palazzo Papesse Centre for Contemporary Art, Sienna, Italy, Wallspace Gallery, New York and Void Gallery, Ireland as well as film festivals; IDFA, New Directors New Films, Tiff kids, DoxBox Syria and Beirut International Film Festival. As Artist in Residence at New York University (where she also received her MFA) Salloum co-taught the class, Memory Metamorphosis.

Find more about her work here.