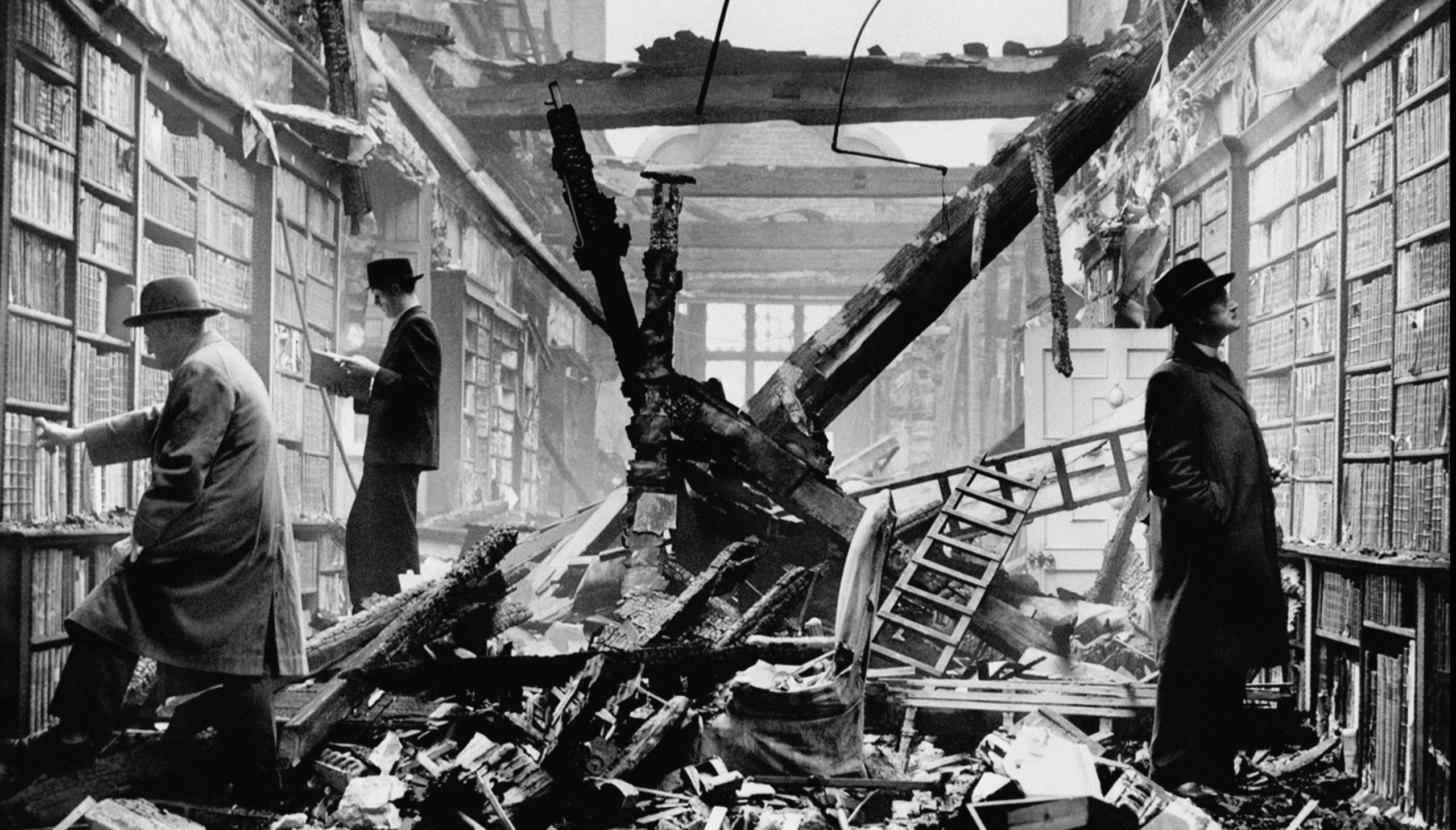 Void Gallery are delighted to welcome Belgian artist Johan Grimonprez for his solo exhibition Everyday Words Disappear. Grimonprez’s critically acclaimed work dances on the borders of practice and theory, art and cinema, documentary and fiction; demanding a double take on the part of the viewer. Informed by an archeology of present-day media, his work seeks out the tension between the intimate and the bigger picture of globalisation. It questions our contemporary sublime; one framed by a fear industry that has infected political and social dialogue. By suggesting new narratives through which to tell a story his work emphasises a multiplicity of realities.

The exhibition takes its title from the film Every Day Words Disappear (2016). In 1515 Machiavelli stated that it would be better for the Prince to be feared, than loved. Some 500 years later, Michael Hardt, political philosopher and co-author of Empire, Multitude and Commonwealth, asks in this film what it would mean to base a political system on love, rather than on fear. In the dystopian city-state Alphaville, of Godard’s eponymous film, all words and concepts relating to the idea of love and affection have been banned. When actress Anna Karina tries to express her feelings, she has to reinvent the words, for the concept of love is foreign to her. Like the protagonist in Alphaville, Hardt suggests that we need to redefine the tools to act politically together. Hardt embarks on a journey to identify the transformative powers of the ongoing struggle to re-invent democracy. Within this struggle he understands “the commons” as an antidote against a society run by fear; an inspiration for a paradigm that is based on dialogue and cooperation.

How can we transform a society that is increasingly defined by a permanent state of war and cultivated by an industry of fear? How can we realise the paradigm shift necessary to move away from a reality that depends on the exploitation of people and the cult of privatising public resources? Hardt looks for an answer in what he calls “the commons” – by which he refers not only to natural resources but also to the languages we create and the relationships we conceive together.

The exhibition follows the trajectory of Grimponprez’s practice from his seminal work dial H-I-S-T-O-R-Y (1997), which documented the history of plane hijacking from the late 1960s to the 1990s, set against the backdrop depicting a dialogue between a terrorist and a novelist, where the latter contends that the terrorist or bomb-maker has taken over the writer’s territory as he is able to play the media more succinctly. This piece was made prior to 9/11 that transformed geopolitics, to his most recent works, Blue Orchids (2017)  and Raymond Tallis, On Tickling (2017); two new films. This exhibition was the first presentation of these films – as well as What I Will – in Northern Ireland and the UK.

In Blue Orchids, Grimonprez creates a portrait diptych of two experts on opposite sides of the same issue – the global arms trade. The stories of Chris Hedges, the former war correspondent of The New York Times, and Riccardo Privitera, a former arms & equipment dealer of Talisman Europe Ltd (now dissolved), provide an unusual and disturbing context for shocking revelations about the industry of war. The UK’s arms industry makes about 20% of arms exported globally. Many of the UK customers have questionable human rights records and there are concerns that exported weapons are used for repression, or against military targets, (such as presently sent to Saudi-Arabia to bomb Yemen). This film has a local resonance since one of the world’s leading arms manufacturers was once based in Derry. In 2010, anti-war activists occupied their offices, protesting their activities, which resulted in the company’s decision to close their offices; demonstrating the power of collective resistance.

Blue Orchids was immediately followed by Raymond Tallis, On Tickling. In this short film philosopher/neurologist Raymond Tallis argues that consciousness is not an internal construct, but rather relational. Through the intriguing idea that humans are physically unable to tickle themselves (despite applying the exact same stimulus to the skin as another person would), Tallis explores the philosophical notion that we become ourselves only through dialogue with others.

What I Will (2013) is a poignant poem written and narrated by Palestinian-American Suheir Hammad. The flashing footage of military parades and anti-aircraft guns provide the backdrop to her powerful voice, in a time when we have seen unprecedented numbers of people protesting against war this is a valiant protest poem.

Grimonprez’s works provides us with the tools to deconstruct and be critical of the mass media, the State, and the narrative that is driven through different mediums. We are living in complex times; politics are entering the realm of the surreal, the media landscape is totally transformed and with the acceleration of information we need to question what becomes normalised through the landscape of images that we absorb.

For more about Johan’s work please visit his website.