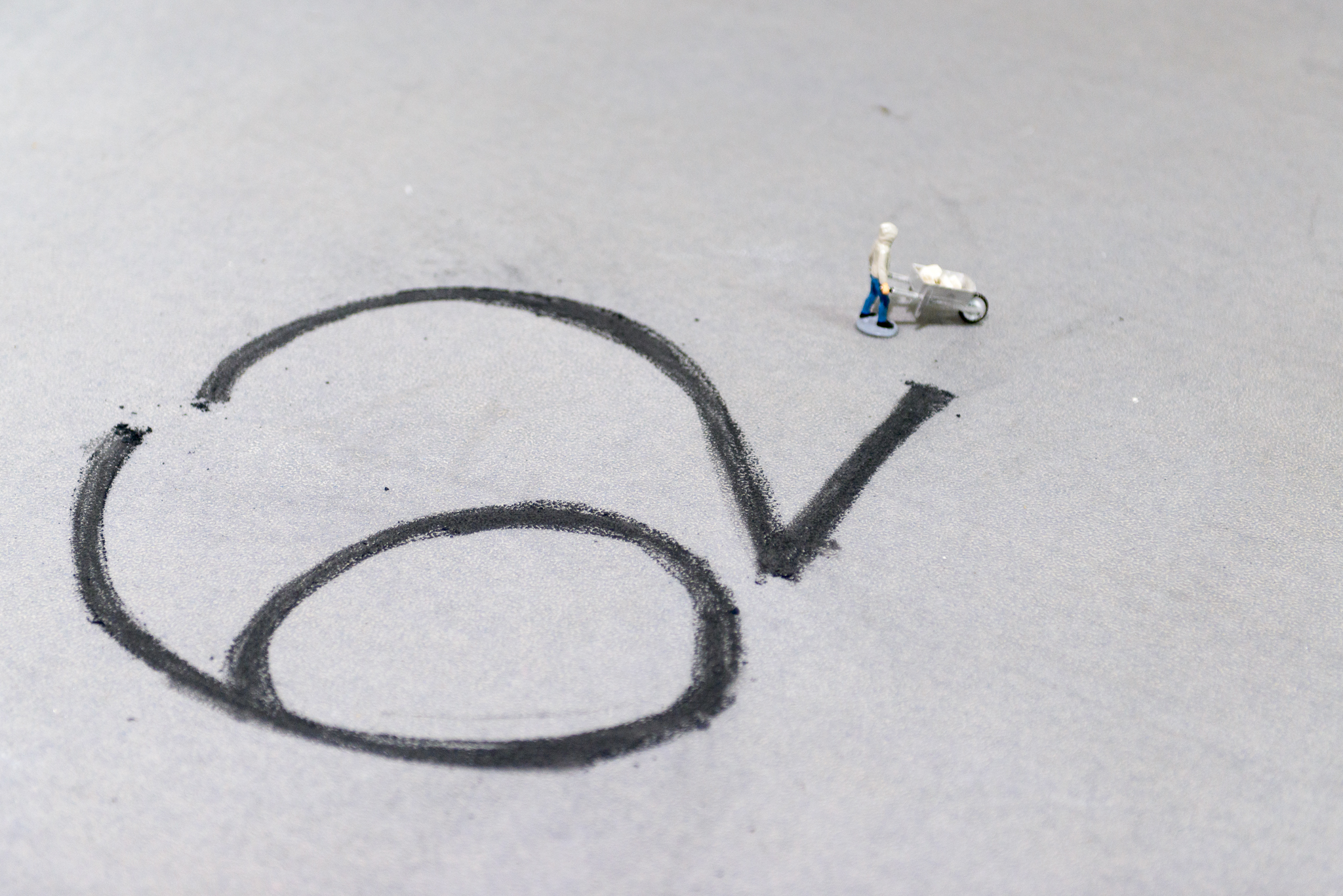 The three stories are flattened is an exhibition by Katrina Palmer and curated by Maoliosa Boyle and Jonathan Cummins.

For her first exhibition in Ireland, sculptor Katrina Palmer presents The three stories are flattened. Palmer is an artist who is changing our understanding of sculpture. For her, writing is making, and sculpture is a process of investigation employing language and story. Books are central to her practice –The Dark Object (2010), The Fabricator’s Tale (2014), End Matter (2015)– and the worlds she creates on the page are often revisited in her exhibitions through live readings, site-specific recordings, and constructed environments.

Within her exhibitions Palmer employs installed audio recordings, using her own voice, images and found objects. Visceral, violent, sensual, humorous, and melodramatic, Palmer’s narratives collide fiction, history, and the everyday to construct unsettling environments that examine bodily presence, absences, memorial and death. Her dematerialised worlds blur fact and fiction, conjuring associations in the minds of her readers, listeners and viewers that take on an almost material form. For her exhibition at Void, Palmer will exhibit Reality Flickers, The Fabricator’s Tale (Blood- Bespattered Table) and Now Landscape – a new work produced specifically for Void.

Katrina studied philosophy and English literature at the University of Sussex and worked in the publishing industry before embarking on an art education. She studied sculpture at Central St Martins (2004) and went on to complete an MA at the Royal College of Art followed by a PhD (2004 – 2012). Katrina is currently a tutor at The Ruskin School of Art. She was awarded the Paul Hamlyn Foundation Award for Artists in 2014.

Any cookies that may not be particularly necessary for the website to function and is used specifically to collect user personal data via analytics, ads, other embedded contents are termed as non-necessary cookies. It is mandatory to procure user consent prior to running these cookies on your website.