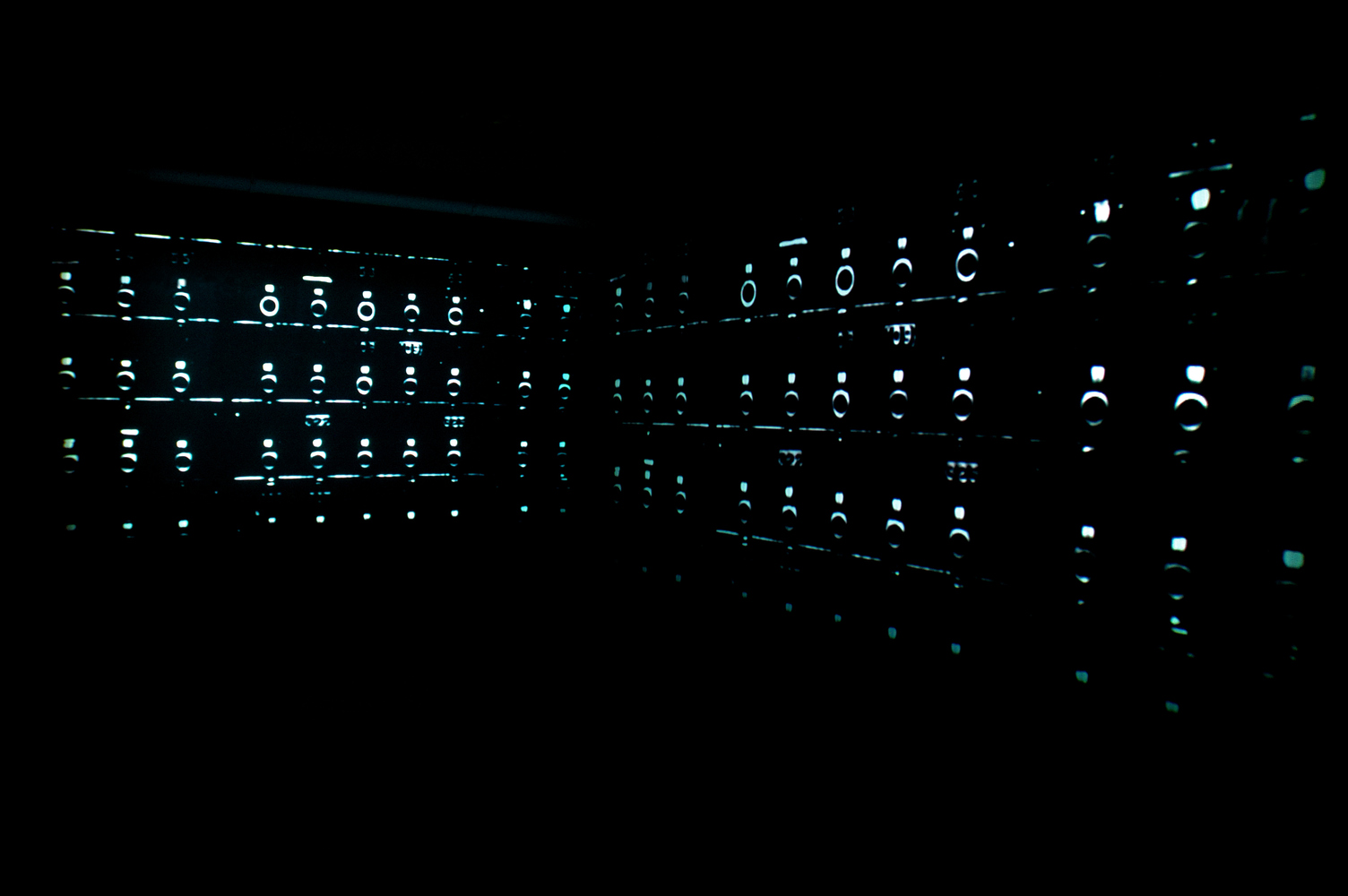 The work by Mairéad McClean: bell(a)exchange, at Void Gallery highlights the important role of communication systems and technologies in the lives of diasporic communities.

A photograph of Teresa O’Connor, the artist’s grandmother, taken in a Montreal photographer’s studio circa 1913, prompted McClean to search for information about her deceased relative’s life at that time. Why did she go to Canada and why did she return to Ireland after 5 years? To find out more McClean planned a trip across the North Atlantic, via freight ship, to follow the same route taken by her grandmother almost a century earlier. On the day before she left, letters written from Canada by Teresa and Ellie, (her sister) were found in an elderly neighbour’s house. These gave McClean some of the clues she was looking for.

The work presented in bell(a)exchange, set out several pieces of the puzzle while investigating the role played by technology in the lives of women.

In gallery 1, footage from the Bell Telephone Company archives filmed at the Montreal telephone exchange in 1910, shows a young woman on her journey to becoming an operator. Flickering on another screen are lines of text from the young Irish sisters’ letters.

Projected onto a wall in gallery 2 is a film of an elderly Canadian, a relative of the artist, as she peruses a crumbling, photograph album. In this piece the camera wanders from the photographs to close-ups of her body yielding more than a formal interview normally would, an approach that McClean uses to break with traditional interview film practices in order to gain a heightened sense of time and space. The woman’s reflections on the photographs are punctuated by the sound of her carer, who interjects occasionally as he clatters around the apartment. The sequence is cut short by the sound of a telephone ringing.

In bell(a)exchange the ambience of the workplace that telephone operators inhabited is ever present in the gallery. Recorded on a visit to the Musée des Telecommunications in Montreal, these forgotten noises and reverberations from the history of telecommunications tap and rattle voices of the past back to life.  The pieces presented do not set out to explain the entire story and, like images of the ocean hidden in the gallery partition, the audience is left to reflect on channels of communication.

Mairéad McClean, originally from Beragh, Co.Tyrone has been resident in London for 20 years. She was awarded a Readership in Film and Video Arts at The University of Greenwich in August 2004, and since then has continued to produce film and video art installations around the themes of memory and identity for galleries and the cinema. Her work has been screened at The Tate Britain (2006) and presented at festivals in the USA, Canada and Europe. Her film, State of Mind remix #4 was selected for the UK’s first film-poem DVD anthology published by The Film-Poetry Society in September 2005. Her 35mm short film Way Past was screened at twelve International film festivals and her art work was recently published in the Art-insight section of Filmwaves magazine, 2006 and in the OMSK Book, 2007.

Mairéad studied Fine Art at The Slade School of Art, Middlesex Polytechnic and The University of Ulster and has recently been awarded an AHRC research grant for her new film Composing Histories.