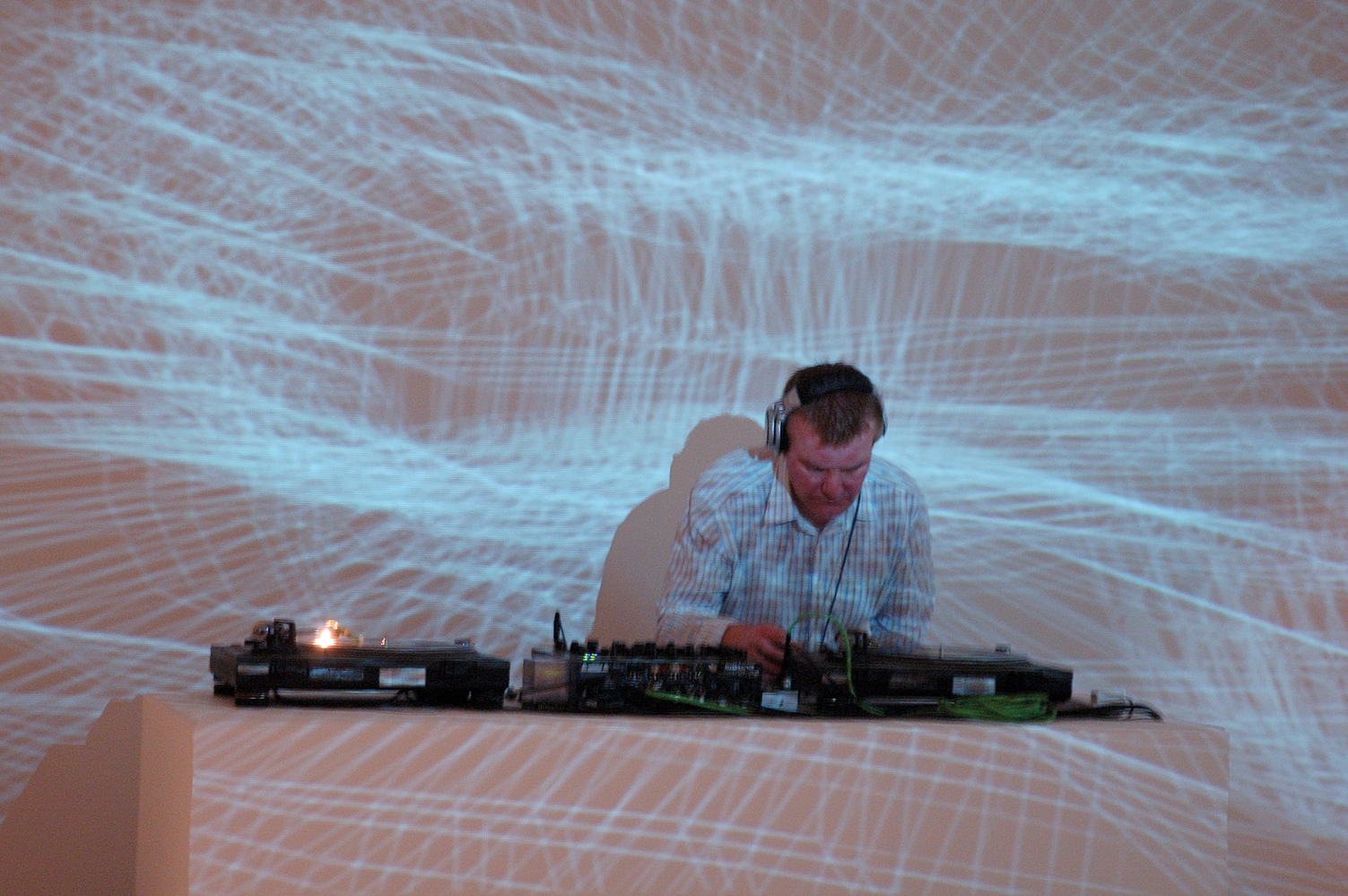 The exhibition Now is Early by Newcastle based Matt Stokes included the award winning 16mm film Long After Tonight which earned Stokes the 2006 Beck’s Futures Prize, and was accompanied by an ongoing body of work, Real Arcadia.

Matt Stokes’ practice is marked by anthropological enquiry and his abiding interest in how social events and informal movements bind people together.

Stokes is interested in pop culture and in particular music culture were he focuses on the ability of music to shape lifestyles and beliefs.

In Gallery One, Long After Tonight recreated the magic of the Northern Soul scene on Super 16mm film by uniting original ‘soulies’ inside St Salvador’s church in Dundee, parts of which were used during the 1970’s for some of the city’s first ‘Northern’ nights.

Stokes’ carefully choreographed camera work is timed to match the pounding beats, flitting from the sweat drenched bodies and trances of the dancers to the surrounding religious imagery. By staging the event in the unique gilded interior of the church nave, Stokes creates a connection between the location and activity, as expressions of faith, commitment and shared purpose.

The people that participated in the filming came together from across the UK, many of whom attended the original nights held at St Salvador’s. This link to the roots of the scene in Dundee, and the Northern Soul fraternity as a whole, was critical in establishing a heightened sense of unity and emotion, evident in the final film.

In Gallery Two, Real Arcadia documented a series of illegal ‘cave raves’ held in the Lake District Area in England in the early 1990’s. For this work Stokes has gathered memorabilia associated with the now defunct acid house organisation ‘Out House Promotions’, and partly presented it in a museum like context. The work initially focused on sourcing and archiving ephemera associated with the group, such as; hand-made flyers, photographs, mix tapes, to t-shirts, transcribed conversations and local media coverage. Through this activity a few of the surviving components from the ‘cave’ sound-system were found, which has led to a reconstruction of the speaker-stacks used by ’Outhouse’.

On Saturday night the audience had the opportunity to re-live the sounds of the rave era when local Acid House DJ Paul P performed live through the reconstructed Outhouse stacks.

Matt Stokes was born in Penzance, Cornwall and has lived, studied and worked in the Northeast of England since 1993. In 2018 he was the recipient of Paul Hamyln Foundation Award for Visual Artists and in 2006, he was the winner of the Beck’s Futures Prize. Recent solo show include MUHAC – Museum of Modern Art, Antwerp, 2016; Matt’s Gallery, London, 2015; Site Gallery, Sheffield, 2014; Grundy Art Gallery, Blackpool, 2014; Whitechapel Gallery, London, 2013; De Hallen, Haarlem, 2011; Dundee Art Gallery and Museum, Dundee, 2010. Stokes’s work has been exhibited in group shows at important institutions and biennials including: National Galleries of Scotland; Stedelijk Museum, Amsterdam; ICA, London; Innsbruck International Biennial, Austria.