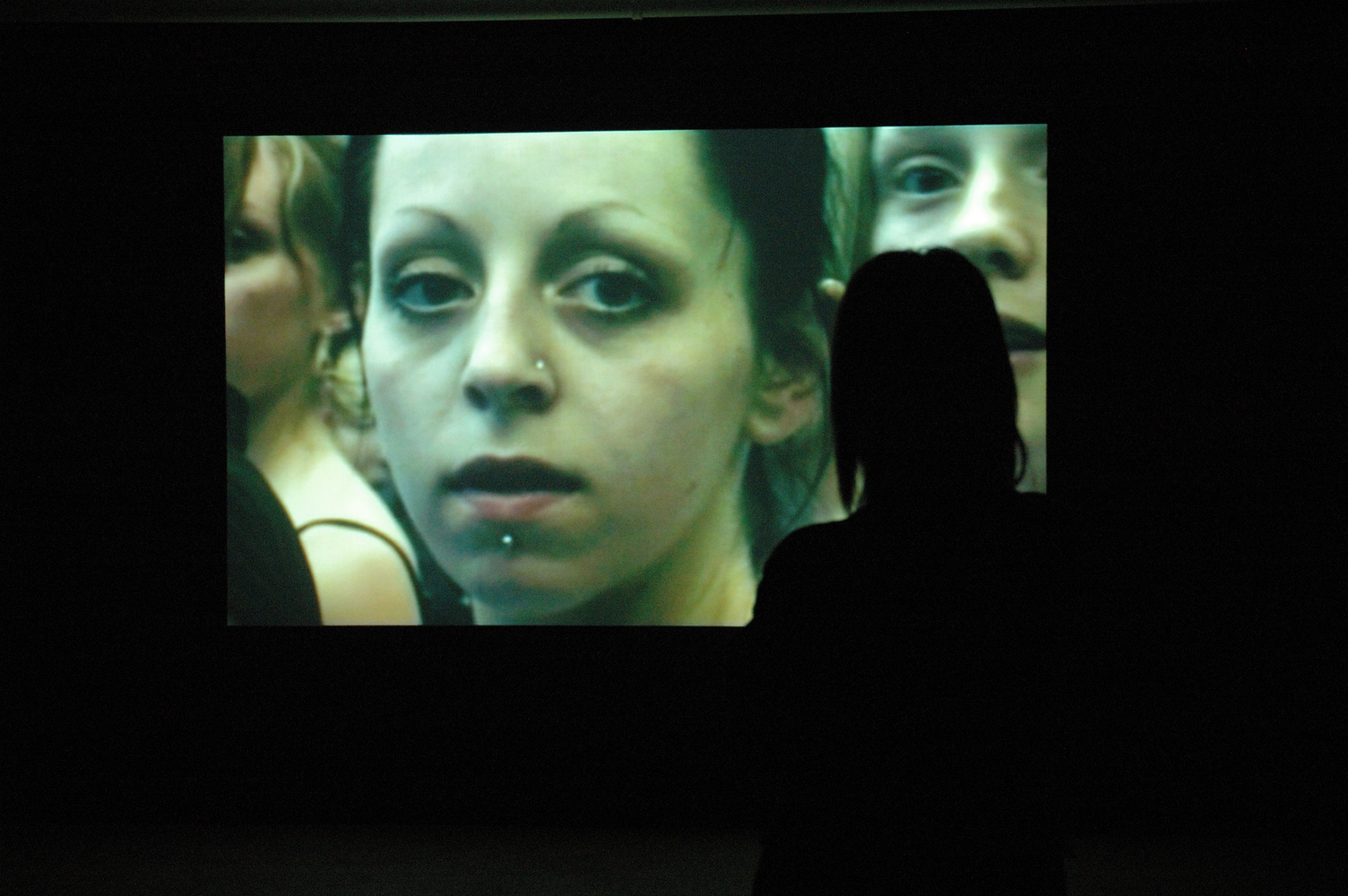 Void was pleased to present Play, an exhibition of film works by Miranda Pennell. The works included You Made me Love You and Drum Room. In the works, the calculated, the fixed and the formal meet the unpredictable and the human.

In You Made me Love You an un-predicable camera plays a game of cat and mouse with twenty-one dancers. Disoriented, the viewer is fixed by the gaze of dancers who crowd the frame. In Drum Room the empty spaces of an ambiguous building open-up to reveal a group of aspiring musicians as they play together yet alone.

Most striking is the way that both works simultaneously employ intimacy and distance. The surface of young faces seem to open to us, they are available for our gaze, yet they remain unknowable. The male drummers in Drum Room do not engage in rock theatrics, the young dancers in You Made me Love You do not perform(most notable is their stillness) yet they perform ‘themselves.’ We cannot see the object of the dancers fixed gaze and we cannot hear the music that the drummer is responding to. These performers are listening, watching or sensing things to which we are denied access. These works bring into question the relationship between the viewer and the subject, and the viewer’s perception of the inner world of the subject, a world we may sense but cannot know.

Pennell first studied Contemporary Dance before she began exploring human movement in the real world through film and video. There is no dancing in her films, yet the use of space and time, the relationship between the camera and the subject, the wordless observation of movements and stillness, are informed by a strong choreographic sensibility.

Pennell’s films and videos have received funding from the Arts Council of England, Film London’s Artists Film and Video Awards, and The Channel 4 British Documentary Foundation. They have won prizes including from the Biennale of Moving Images (Geneva 2005), the Isabell Liddel Art Prize at the Ann Arbor Film Festival (USA 2004), Cork International Film Festival (Ireland 2003). Film and video titles include: ‘Drum Room’, 2007, You Made Me Love You’, 2005, ‘Fisticuffs’, 2004, ‘Magnetic North’, 2003, ‘Human Radio’ 2002, ‘Tattoo’, 2001.