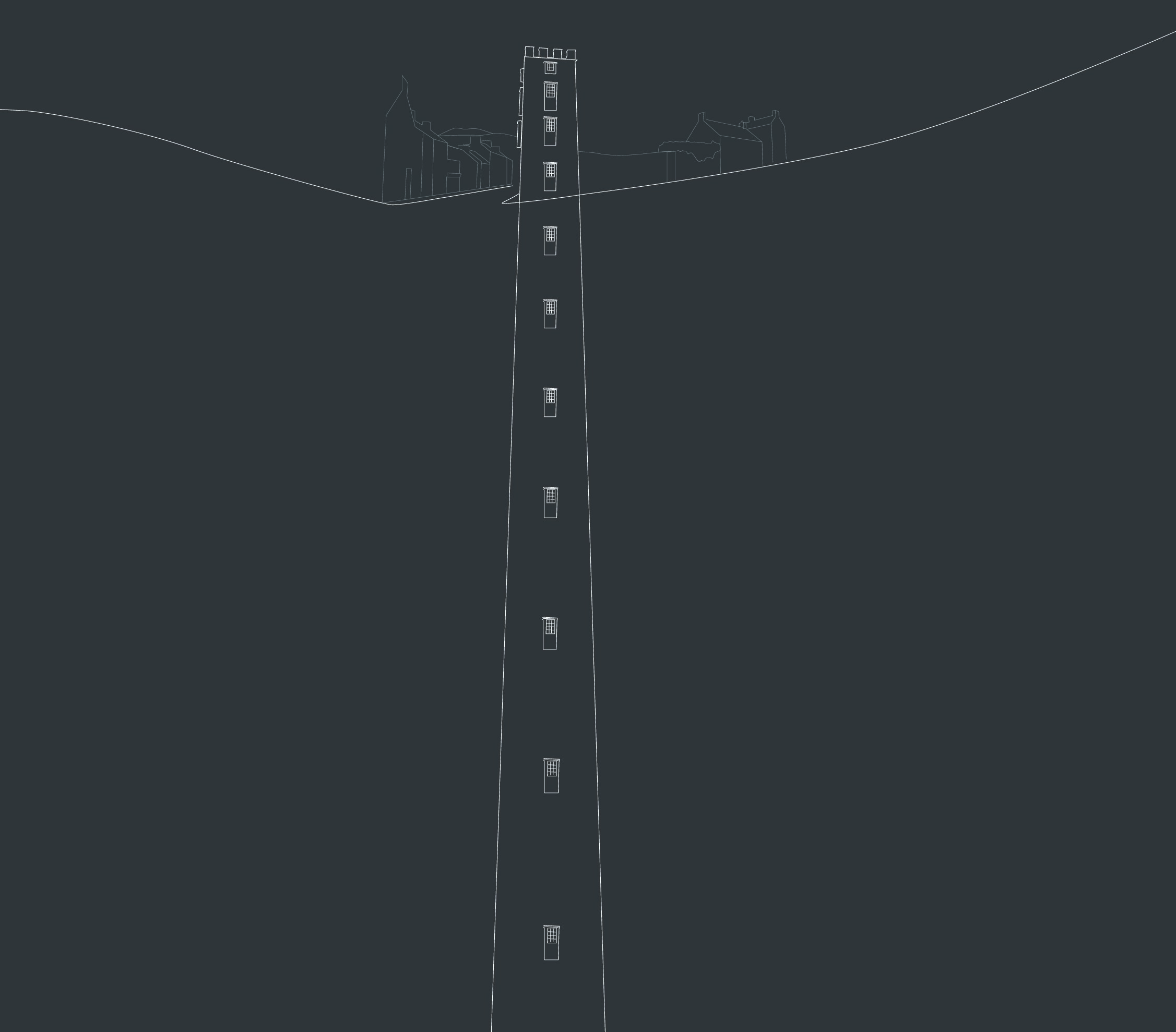 Void is pleased to announce that Nothing But Longing an exhibition featuring the work of 16 artists from Israel. The exhibition is a culmination of work by artists who resided at Bill Drummond’s Curfew Tower in Cushendall throughout 2014/16.
Cushendall from the Irish ‘Cois Abhann Dalla’ meaning ‘foot of the River Dall’ is a predominantly Catholic village, with Republican roots located in the heart of the Glens of Antrim.

The Curfew Tower bought by Bill Drummond in 1994 and reinvented as an artists residency in 1999 was originally built by Francis Turnley in 1817 to confine riotous prisoners. The tower is situated at the crossroads of Cushendall, is 20 feet square, tapered and rises four stories to a height of 40 feet and is inspired by Chinese architecture that Turnley admired in his travels as a trader.

On average each artist stayed at the tower for approximately 1 month. The artists were chosen by Jerusalem based curator Sagit Mezamer and throughout their residencies created work inspired by their stay in the tower; the locality and the people they met while living there.

Nothing But Longing is a result of the work that was produced throughout those 18 months by 16 of the 21 artists in total.

The Curfew Tower has been active as a residency programme for many years and has an established and strong track record within the contemporary art scene in the UK and Ireland. There are few arts venues located in rural regions that have this important national status; The Tower brings art from the capitals to the local.

The project producer was Eyal Vexler and it was curated by Sagit Mezamer.

Artists Effi and Amir will invite 21 people to take part in their performance Places of Articulation (gallery 2).

Discussion with Curator Sagit Mezamer and artists (gallery 1) and launch of Ireland Versus Israel.

Performance by artist Yonathan Levy featuring Bill Drummond and the people of Derry of Ulysses by James Joyce upstairs in The Derby Bar.

For more about The Curfew Tower please visit their website.

Nothing But Longing Press Release

Void would like to make clear that Nothing But Longing is not supported by funding from the Israeli State and that all the artists in the exhibition condemn the occupation of Palestine by Israel.

Art Bits - Nothing But Longing