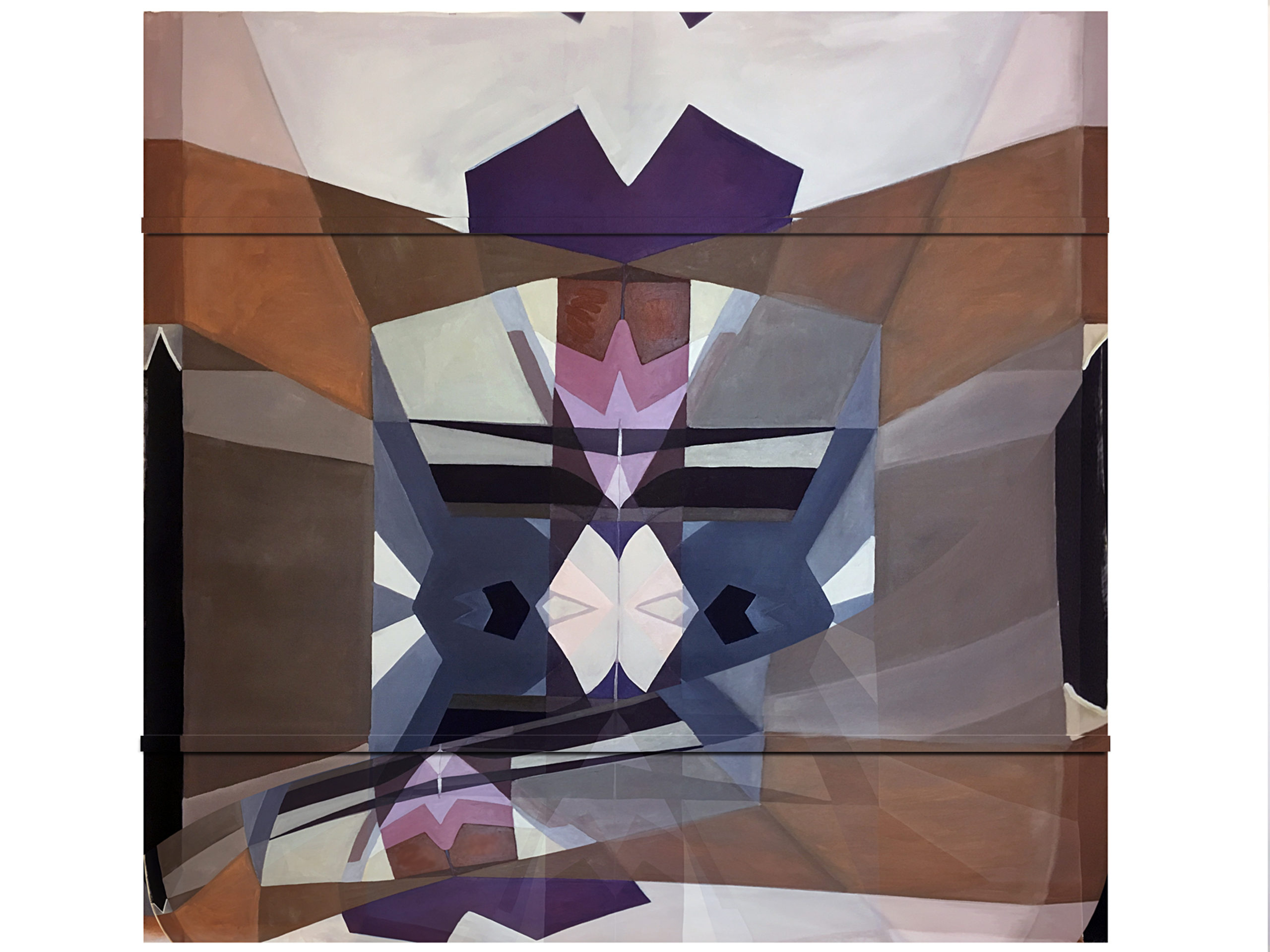 In all works of fiction there belies an agreement that the reader/the viewer will allow for a suspension of disbelief. In this exhibition I Am What You’ve Come To See, the artist Sonia Shiel has transformed the three gallery spaces into a circular narrative, casting the audience as its central protagonist. The viewer is compelled to move through the galleries by a series of scripted audio-visual instructions, strategic objects and obtuse props that feign seemingly ungovernable chances – in a shape-shifting journey that is entirely staged.

The use of text, stagings, props and painting are preoccupations in Shiel’s practice. These works are both performative and self-referential with the central narrative being an instructional conversation between the artwork and its maker. The paintings portray various landscape/natural elements and patterns, imprecise geometries, and translucent planes of colour and shape. Mimicking a digital landscape that encompasses both the archaeological and futuristic, the works have mobile components which, when activated, suggest how mysterious and magical qualities might influence the directions we take, even in the presence of intent.

Shiel’s expansive practice shifts us between the fantastical and the real and often refers to our impotency within world affairs while celebrating the notion of agency and our endeavours to affect change. Within this body of work she flips the hierarchy; the artworks assert control over the outcome and we become players within its stage.

She has been the recipient of the Tony O’Malley Award from the Butler Gallery and the Hennessy Craig Award from the RHA. She has received a number of Bursary and Project Awards from The Arts Council; Culture Ireland; DLRCC; and the DCC. Her work features in several international, public and private collections, including the DLR Municipal Collection; the Arts Council of Ireland, the City of Frankfurt, the Glucksman Gallery and the Office of Public Works. She was Artist in Residence for Arts and Humanities, at the School of English, Drama and Film at UCD, Dublin from 2016-18. Other residencies and fellowships include the Art and Law Program, New York; the ISCP, New York; HIAP, Helsinki; The Kulturbunker, Frankfurt; Temple Bar Gallery and Studios, Dublin; and the Leighton Artists Studios Residency at The Banff Centre, Alberta.

For more information about the artist’s work please visit her website.