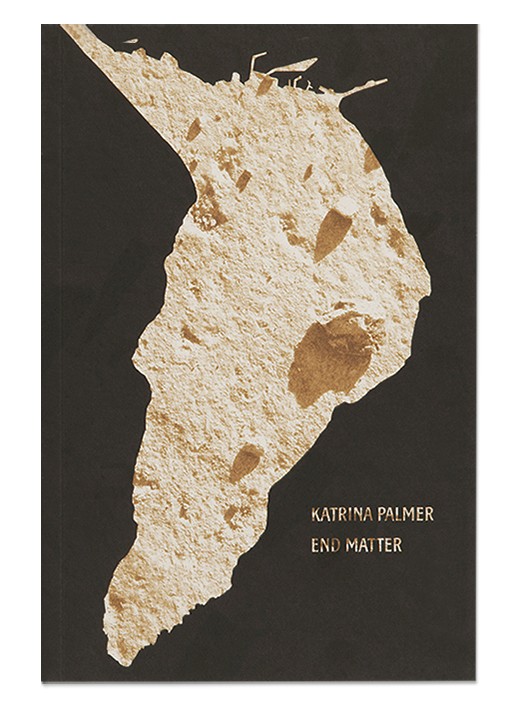 I will compose a text solely comprised of end matter such as an epilogue, a postscript, an afterword, some addenda, or appendices etc. The shadowy quality of the work’s documentary vestiges will act as a memento to the missing body of the book.

Portland has been shaped and hollowed out over centuries by convicts and quarrymen to provide stone for some of London’s best-known buildings – one million square feet of Portland stone is said to have been quarried for St Paul’s Cathedral alone. Katrina Palmer has undertaken her own excavations into this elemental island, marked by unsettling absences, deviant goings-on and a writer who has gone missing. The book accounts for the loss of Portland’s stone, through the mysterious work of The Loss Adjusters, based on Portland, and responsible for accounting and balancing the material and historical shifts of the island’s being. Reporting these losses in the form of reports, their work overlaps, and becomes disrupted by, the presence of a writer and her production of unreliable narratives set in the tunnels, paths and hollowed out quarries of the island, and presented – like the stone itself – as absences from the narrative; end matter, whose body is missing.

The commission also includes The Loss Adjusters, produced by Artangel in association with b-side, presented on Portland in May/June 2015 with the support of The Henry Moore Foundation; and The Quarryman’s Daughters, produced by Somethin’ Else and broadcast on BBC Radio 4 in May 2015.