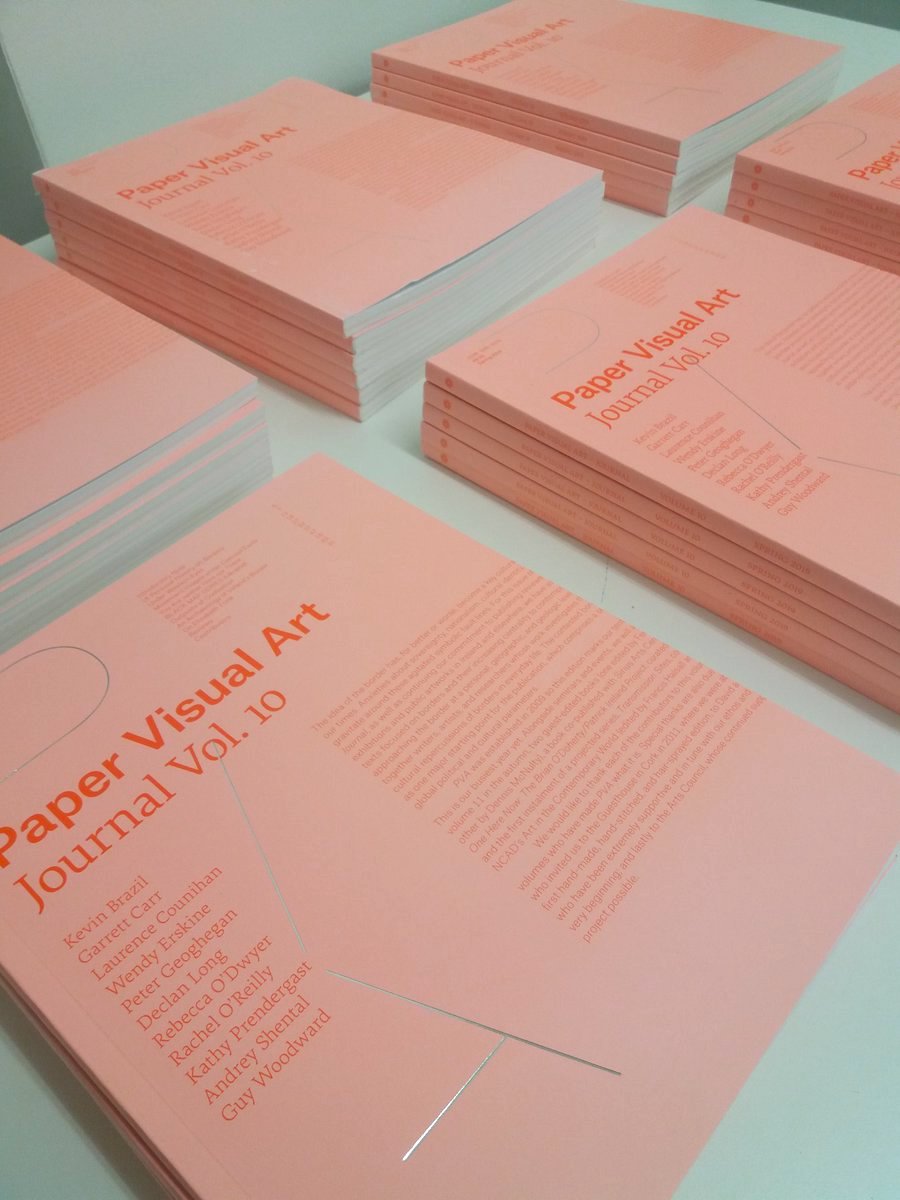 Paper Visual Art (PVA) began as an online journal of art criticism, established in 2009 by Niamh Dunphy. Adrian Duncan has worked as coeditor since its outset. Now based between Dublin and Berlin, PVA was joined in 2014 by Nathan O’Donnell.

PVA began as a response to what was felt to be a lack of clear and critical writing on visual arts in Ireland at the time. We have published continuously online since, and have produced eleven hard-copy journals and five books to date. The hard copies, since 2012, were kindly funded by the Arts Council Project Award.

Our interest is in producing writing about art that might also be read by those who have a curiosity in art and art discourse, and our aim is to produce texts that are forward-moving, and readable – without unnecessary jargon – through an active, critical, and at times lengthy editorial interaction with each writer.

Volume 10 is comprised of a selection of essays and reviews Paper Visual Art, vol. 10, focuses on the theme of borders and their connection to contemporary art and a shifting cultural landscape.