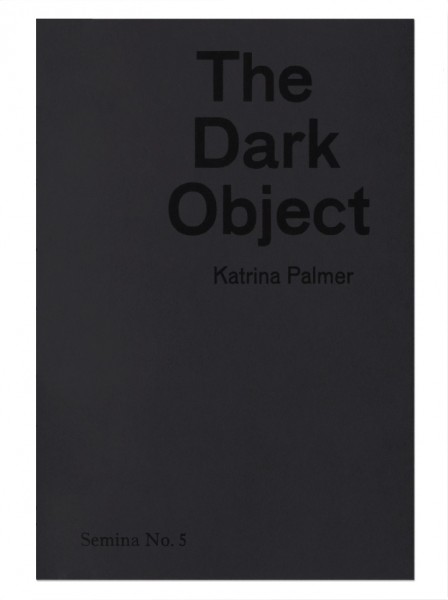 The Dark Object (Semina No. 5)

It is very cunning of you to get around the problem of replying to my emails by including messages to me in your books. I now understand that The School of Sculpture Without Objects is just a symbolic construct…’

Set within a notional art school in which the Rector’s paranoid conceptual ideology has prohibited the making of objects, one student remains. Increasingly isolated in The School of Sculpture Without Objects and battling with institutional directives and solitary confinement, Addison Cole exercises the prohibition on making things by writing stories, in which the protagonists only meet through the creation of fantasy scenarios. These narrate a series of explicit encounters with texts, objects and artists. Authorial figures are reduced to their pornographic effect: Slavoj Žižek becomes a impotent sexual metaphor, Hegel a skeletal spectre, the anonymous ‘Jay’, Žižek’s lactating Oedipal fantasy, the Rector a scrofulous, paranoid lech.

Made up of inter-related but self-contained short stories, The Dark Object explores the tension between the restraint of narrative form, and the explosion of ontic instability. It aims not to subsume fantasy into the everyday, but rather demonstrate that everything is real, and the everyday is fantastical.

Katrina Palmer is an artist and writer living in London.

Published as part of Book Works’ Semina series (No.5). Edited by Stewart Home.