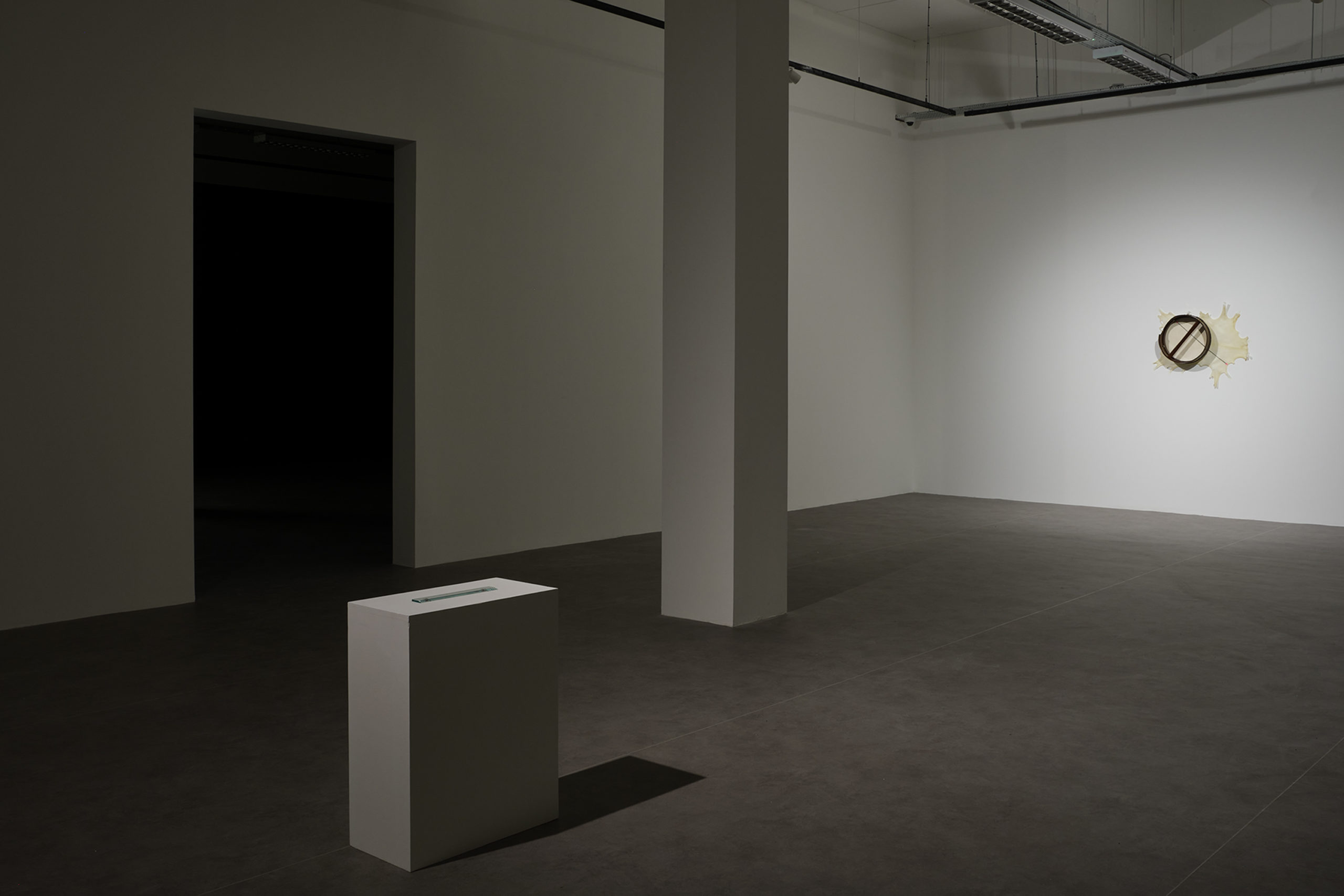 Void is delighted to present Beating a Retreat with Cevdet Erek. Cevdet Erek is an Istanbul based artist and musician. A background in architecture, sound engineering, and performing in a band forms the basis of his practice. In his working process Erek often responds to the architectural context through interventions, using sound to inhabit the space. His work is provocative, proposing new perspectives.

The exhibition was disrupted by COVID 19 and due to travel restrictions, has been developed remotely. Erek has developed Beating a Retreat through the lens of conversations, processes of experimentation and virtual tools. The conditions of production from a distance create a direct connection and correlation with some of the artist’s previous works; Room of Rhythms – Long Distance Relationship, Sydney Biennial, 2016 and A Long Distance Relation, MUAC, Mexico City, 2017

The exhibition starts with Welcome (2019) a sound piece installed at the entrance ramp of Void Gallery and culminates in Goodbye (2019) at the end of the exhibition. The signal from the loudspeakers interferes and disrupts the gallery space. This is a recurring theme in Cevdet’s previous large scale installation works such as ÇIN (Turkish Pavilion, Venice Biennale, 2017), Bergama Stereo (Hamburger Bahnhof, Berlin, 2019) and Bergama Stereotip (Arter, Istanbul, 2019-20).

For the exhibition Erek has composed a new sound piece with the bodhrán- an instrument associated with traditional Irish music of the 1960’s. The history of the bodhrán is often connected with the ancient Celts and has a musical history that predates Christianity. Through his exploration of the bodhrán and framed drums widely used across Northern Africa and the Middle East, as well as Turkey and the wider region, Erek draws parallels between the traditions of disparate cultures.

For the sound piece Back – cut loops from a long improvised recording – a bodhrán was sent to Istanbul upon the request of Erek, who returned the drum to Void adding a drawing to the drum’s body. In Back, Erek plays the drum in an unusual way: using fingers on the wooden holder and frame of the drum, rather than the skin of the instrument. Several different loops, cut from the long recording, will be installed during the exhibition period.

The sound of the percussion alludes to the title of the exhibition, Beating a Retreat, a reference to the military use of drums in signifying the end of battle and a retreat. The piece follows the artists’ previous solo performances with past music releases Davul (2017) and Zincirli (2021), via Subtext Recordings, that consist of long duration improvisations and experimental playing and recording techniques applied on the davul – a popular bass drum from Anatolia, Balkans and the wider region.

The same bodhrán that Void sent to Erek is displayed with the addition of a drawing by the artist on parchment made of goatskin. The drawing unifies the bodhrán’s drum skin and the parchment, which are from seperate parts of the world, and brings together traditional ways of using the material- building a drum to hit / touch and to write or draw on. In this piece, Erek stages an intervention upon the graphics of Void Gallery – at either side of the diagonal black line on Void’s branding, Erek has added pink arrowheads, which reference the use of arrows in maps to refer to the movement of people or goods.

Parchment is a material used for writing made from animal skin originating in the city of Pergamon in the 2nd century BC. Parchment takes its name from the city which was the center of parchment production during the Hellenistic period. Erek’s long time project Bergama Stereo and its variations involved research into the historical perception and political interpretations of Pergamon Altar which led to an ongoing debate on the axis of travel and context. The parchment used in the exhibition was originally a gift from a student of the last parchment craftsman in town who Erek met during his visits to Bergama – the Turkish name for the ancient city of Pergamon as well as the contemporary city and district.

With the current Covid restrictions borders have come to the fore and, through the use of colour coding, travel restrictions are enforced – a global retreat where the disparities between countries are highlighted. The global economic imbalance has become more pronounced through the pandemic and the divergence of governmental responses has meant that there is a lack of global cohesion.

Across the world, our perception and experience of time has been inextricably altered. Erek’s series Rulers and Rhythm Studies (2007 – ongoing) addresses this through the inference of rulers as a marker of time.

Ruler 2019 BC19 to 1 AC19 bases itself on an imaginary COVID 19 calendar that takes 2020, the year that the pandemic was declared by WHO, as its year zero. The ruler goes back to 1AC, marking the year as 2019 BC19, one year after the birth of Christ according to the Gregorian calendar.

Erek is interested in how we comprehend the world around us and how we organise our lives through time and space. As our lives slow down and we move through this tumultuous period Erek’s exhibition provides a punctuation; a meditation on our present condition.