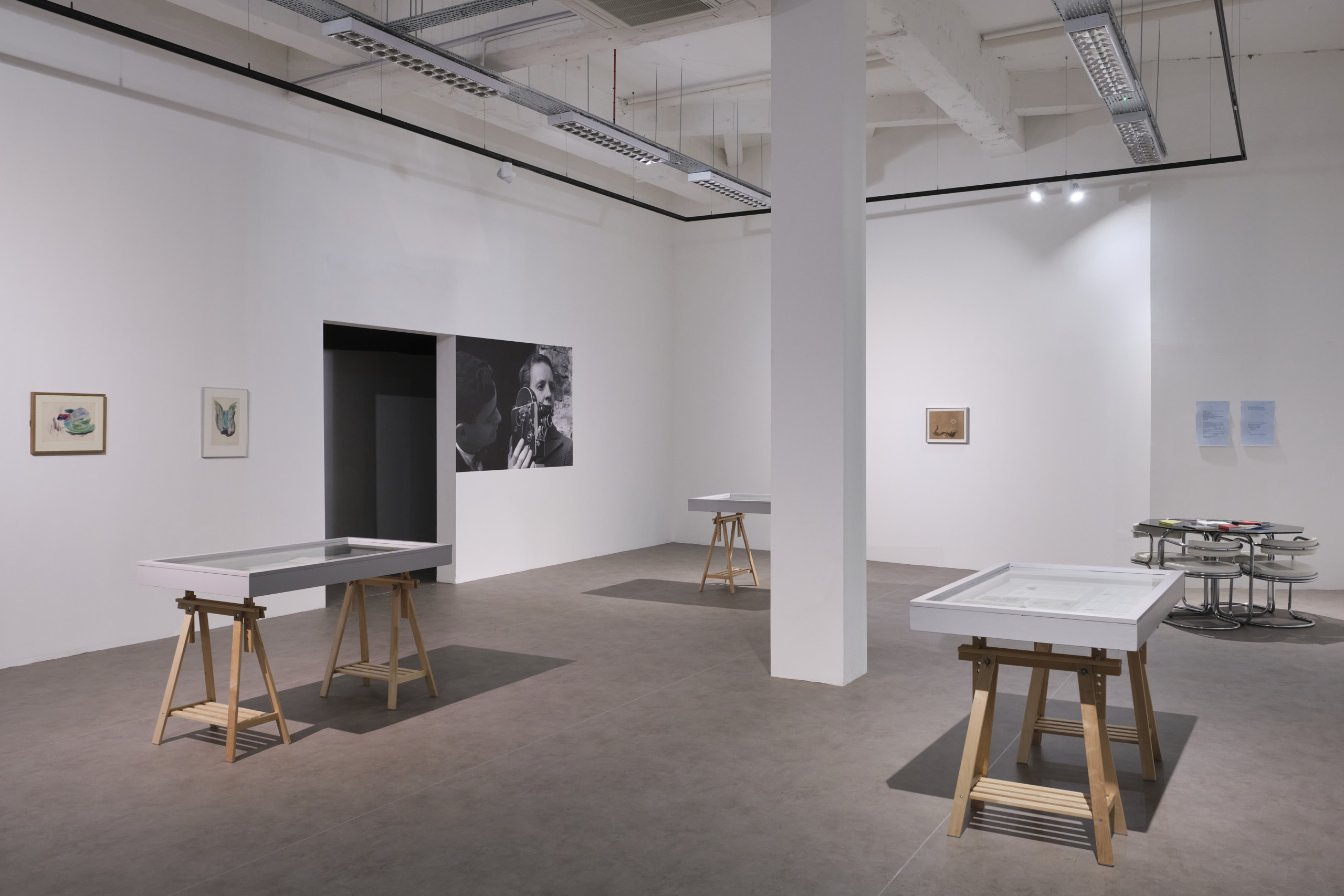 Luke Fowler, Being in a Place: A Portrait of Margaret Tait

Void is delighted to present the première of Glaswegian artist Luke Fowler’s short feature film Being in a Place – A Portrait of Margaret Tait, featuring the work of filmmaker-poet, the late Margaret Tait. Drawing on a wealth of unseen archival material and unpublished notebooks, the film weaves a complex and personal portrait of Margaret’s life, from the perspective of a fellow artist sensitive to the potential Margaret envisaged for film as a poetic medium. 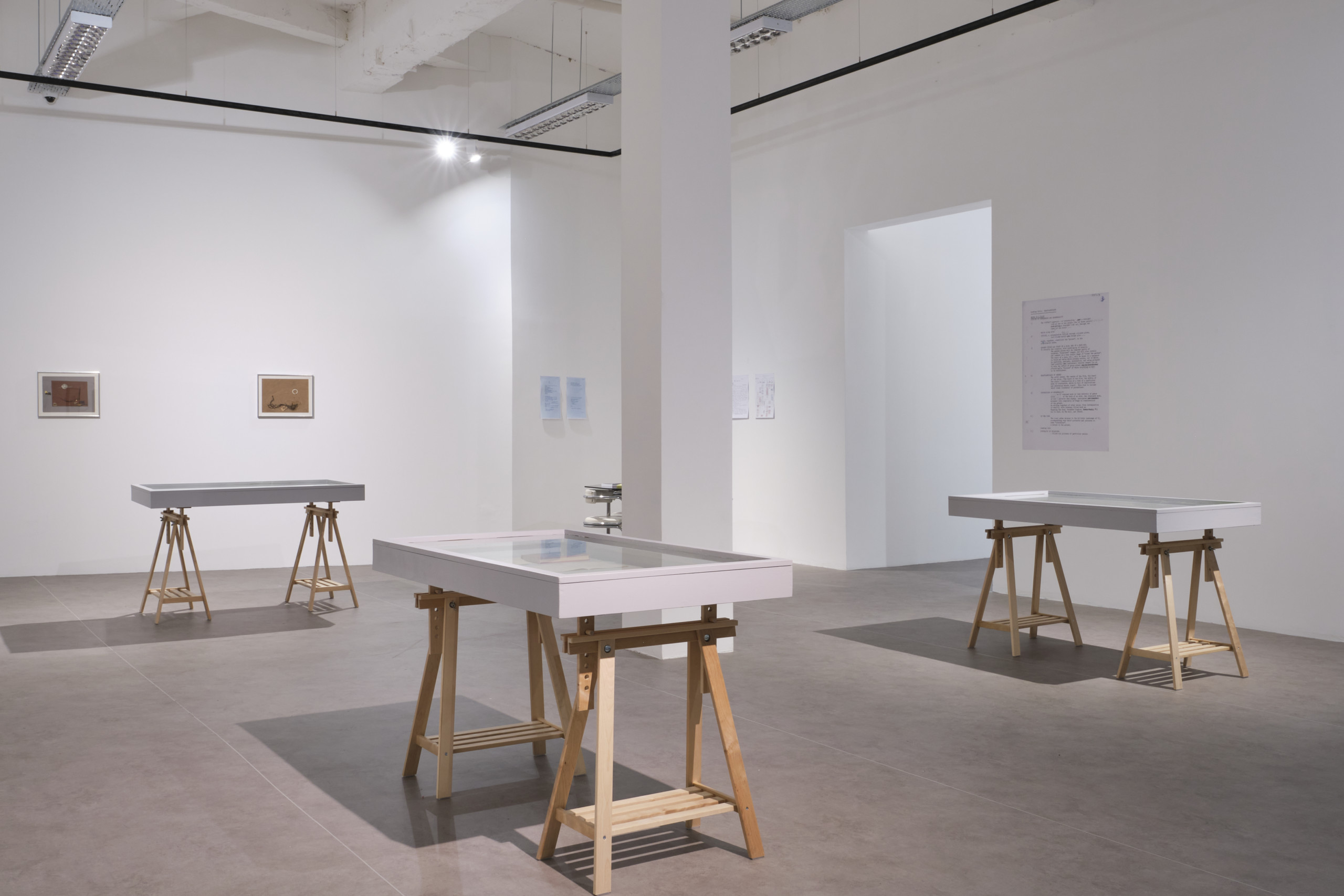 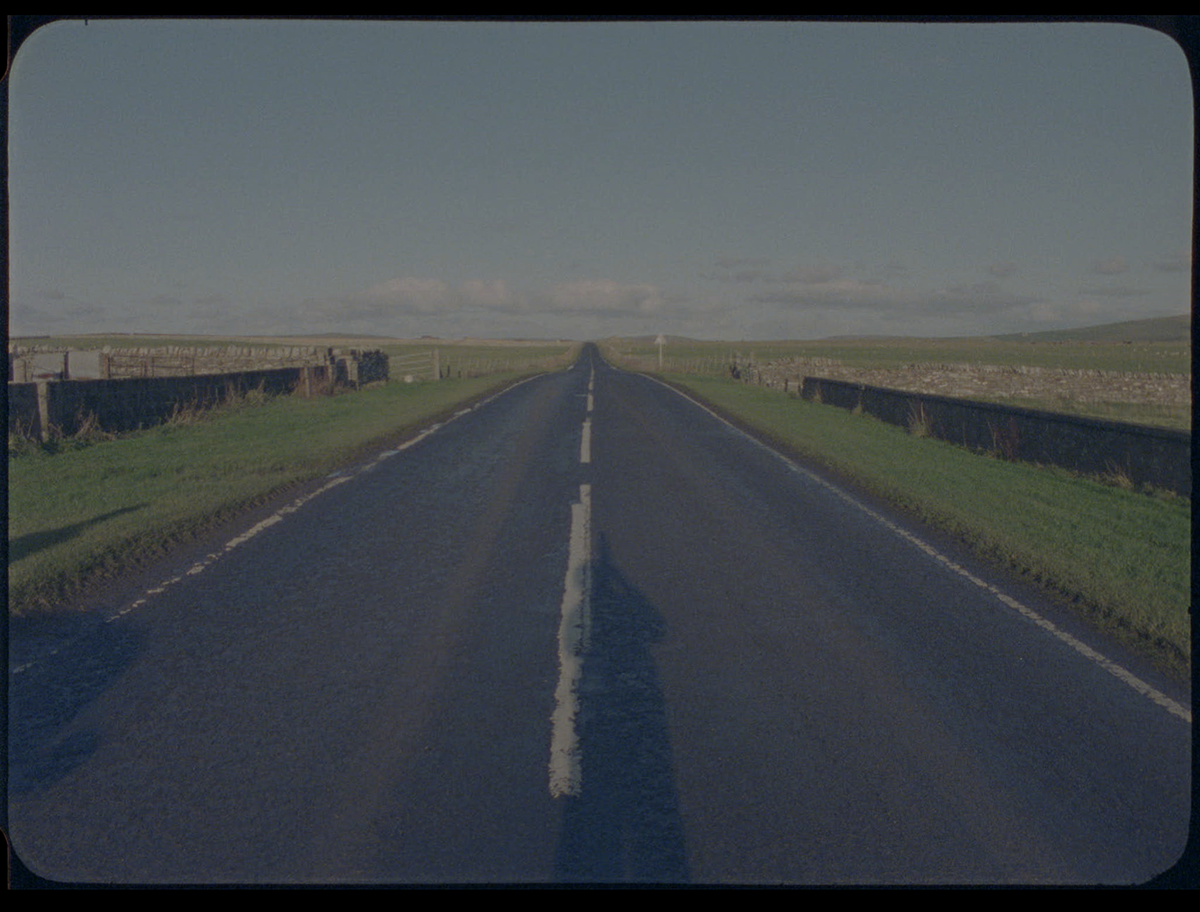 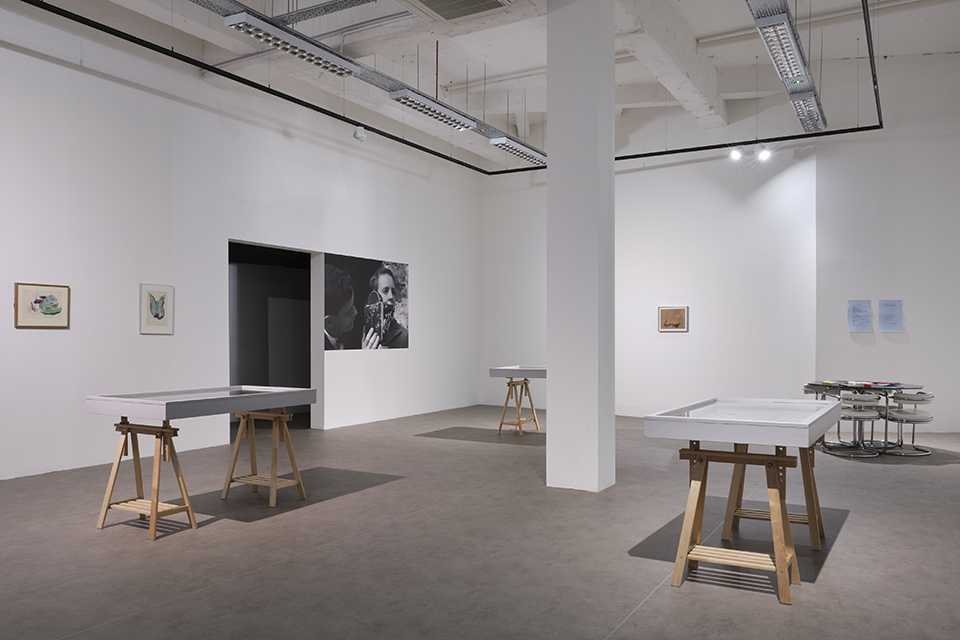 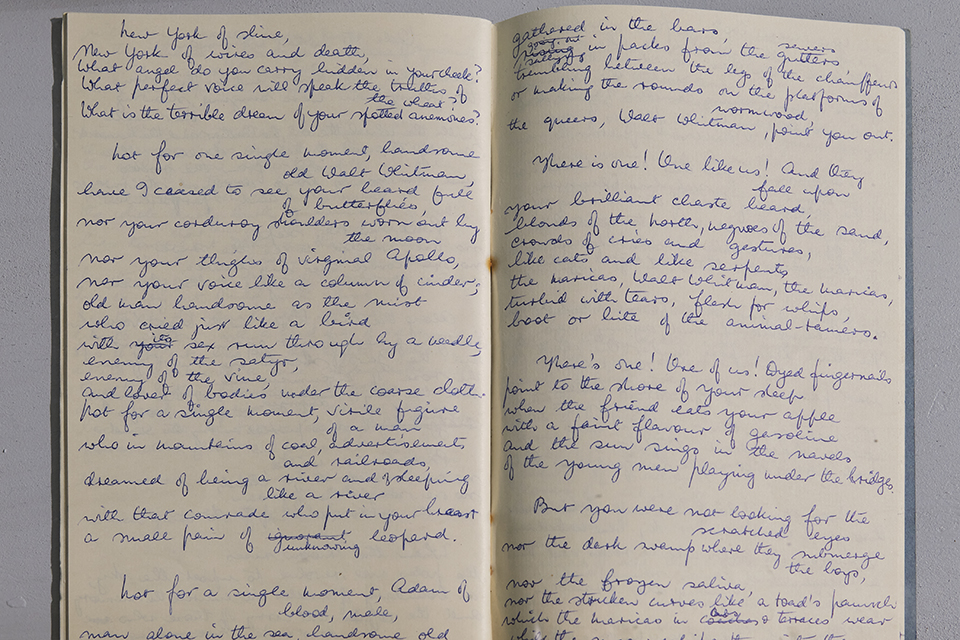 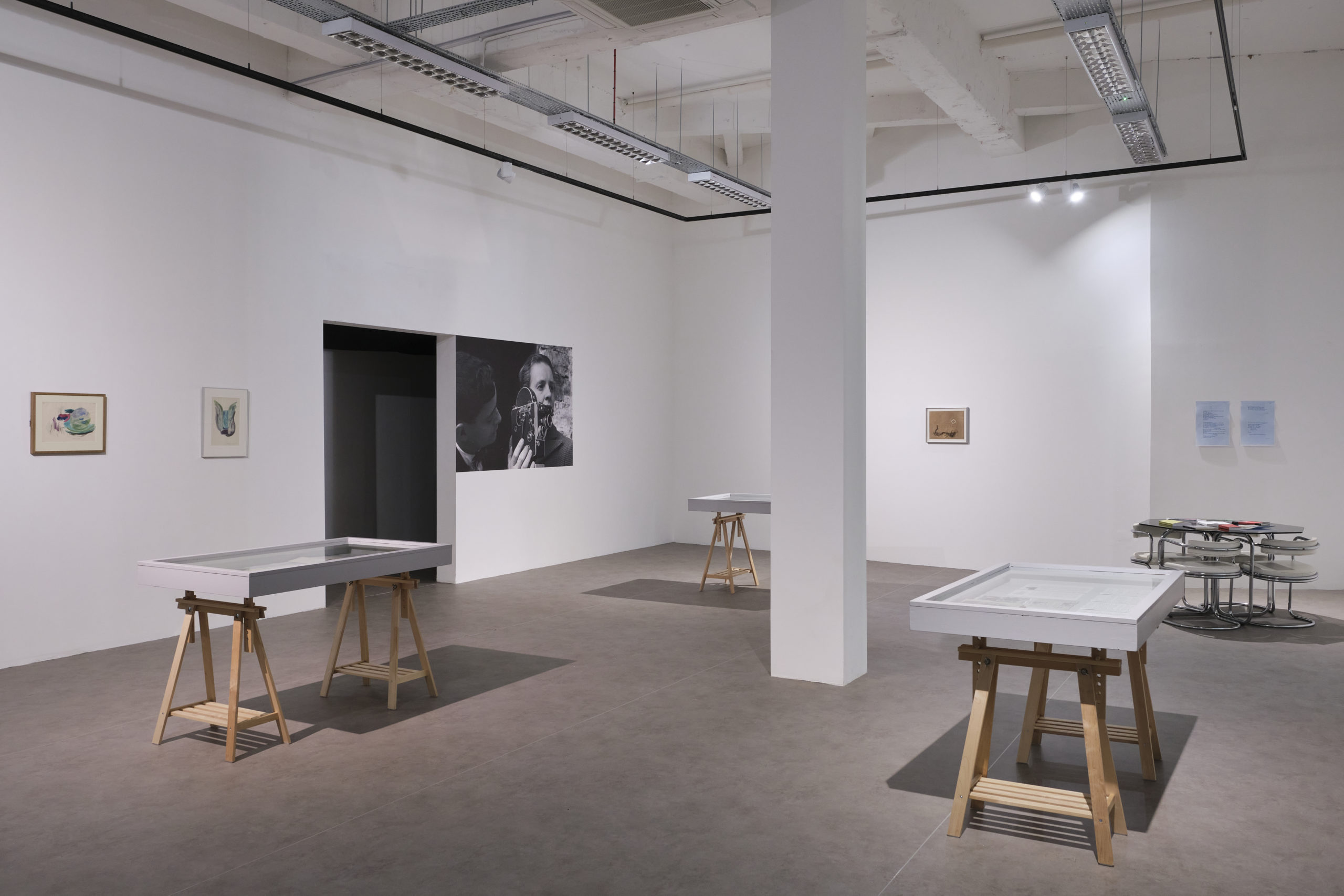 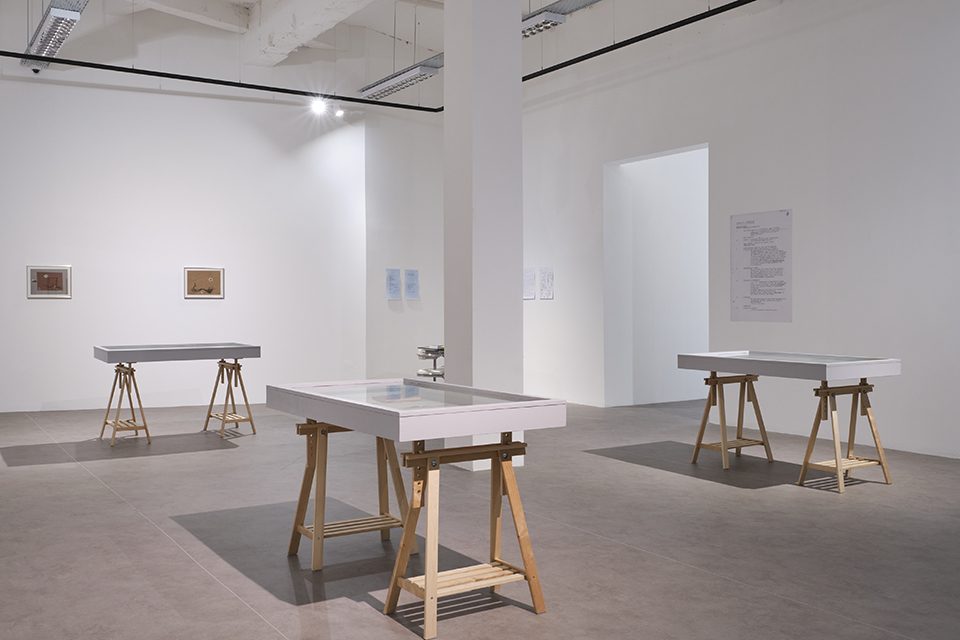 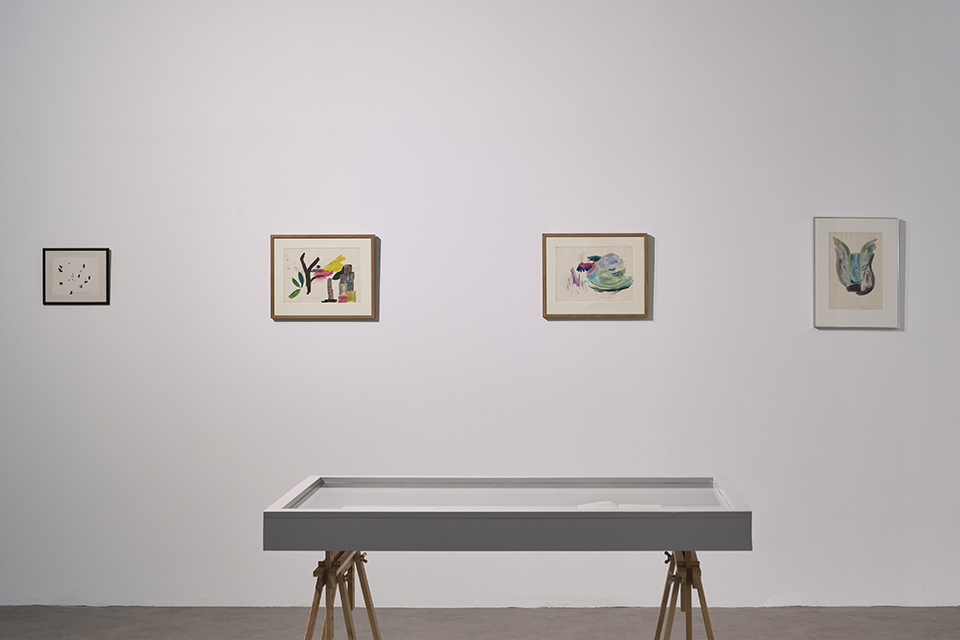 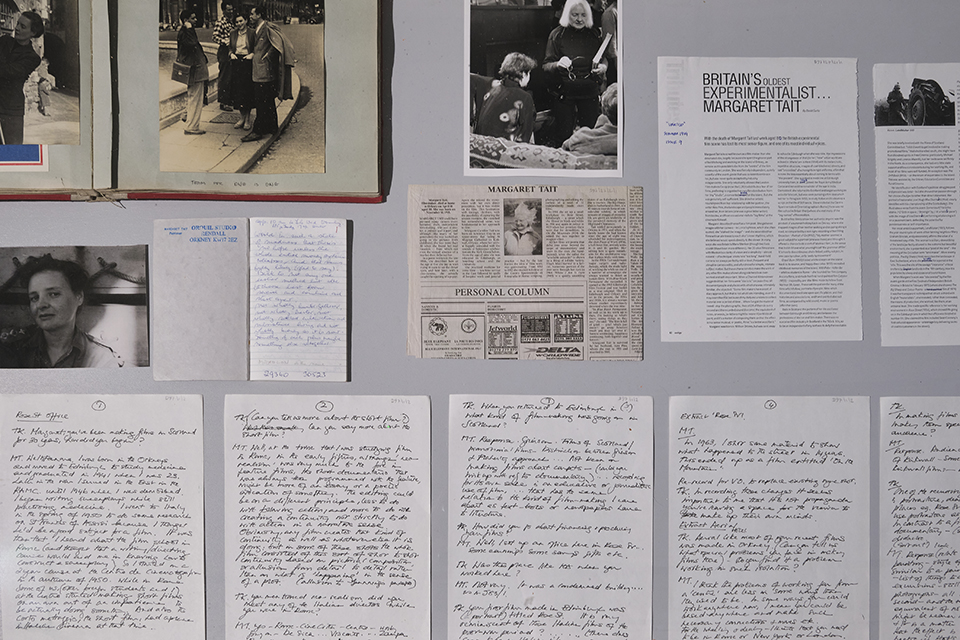 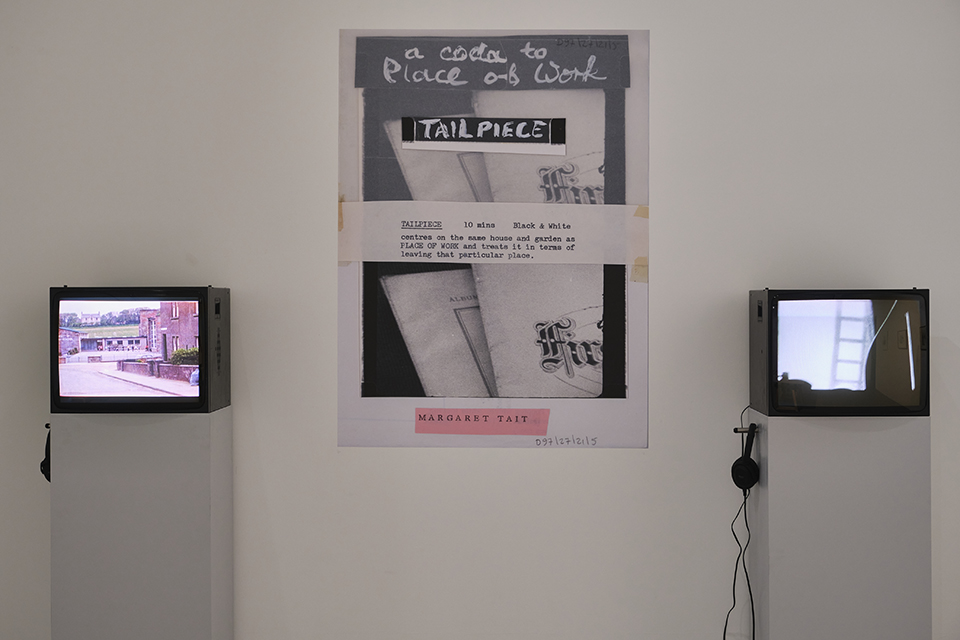 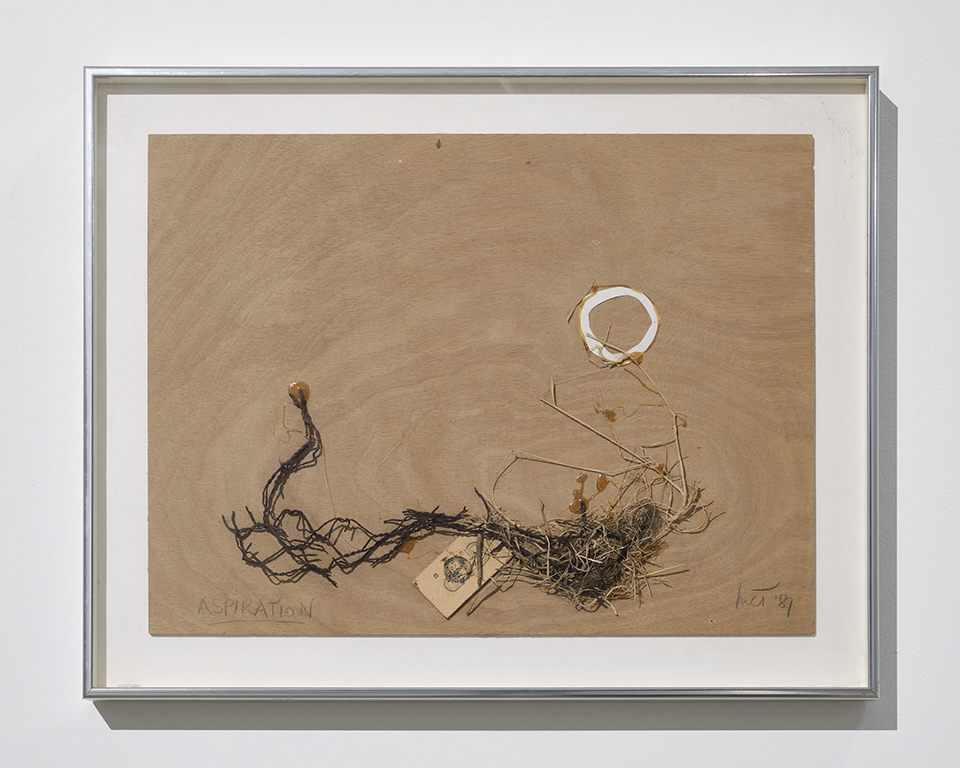 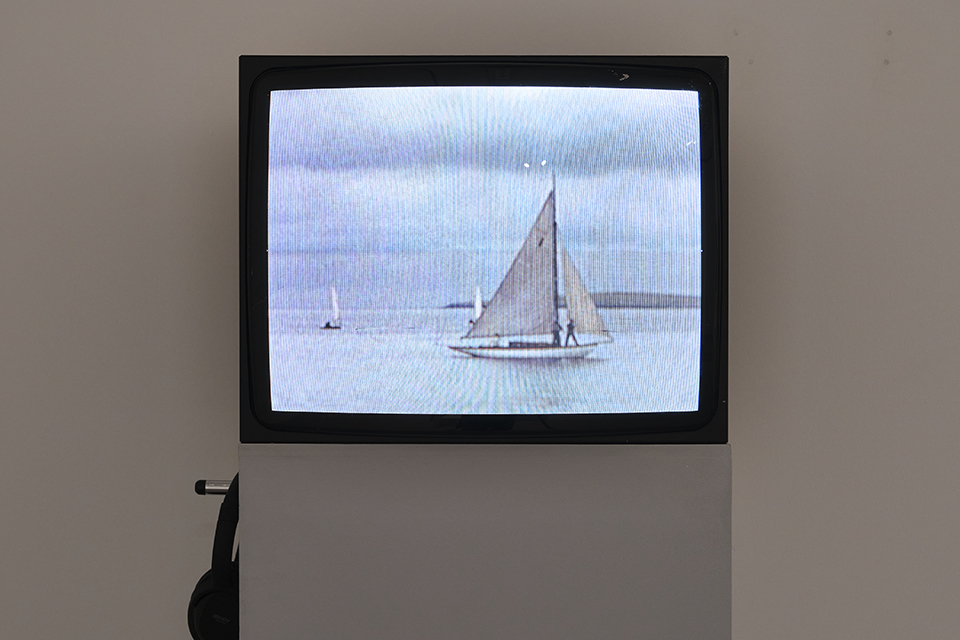 Gallery 1 exhibits ephemera, writing, photographs, drawings and films of Margaret Tait to provide a rich introduction to her diverse range of work; this section of the exhibition was co-curated by Sarah Neely who drew from the archive at Pier Arts Centre and the Orkney Library and Archive.

In Gallery 1, three of Margaret Tait’s films – Happy Bees (1955), Aspects of Kirkwall (Shape of a Town) (1981) and Tailpiece (1976) – demonstrate her intense method of looking in her film making; she often referred to Garcia Lorca’s notion of ‘stalking the image’, where if one looks closely enough at an object it will reveal its nature. Tait frequently referenced Lorca and undertook her own translation of Lorca’s, Poet in New York (1940). On completing the translation she made a series of twenty-nine illustrations to accompany it, some of which are on display in the Gallery. Tait drew a correlation between poetry and documentary filmmaking as both involve close observation of your surroundings and what is familiar. This style of filmmaking is prevalent in her film work and also in Fowlers’.

The first vitrine you encounter looks at her biography and her time in Italy which was a formative time for her in terms of her filmmaking and also meeting other writers and filmmakers that she would collaborate with. The second vitrine references Fredercio Garcia Lorca whose writings influenced her and her notebooks from that period as well as a selection of her watercolours. The third vitrine displays her poetry, and notes on her films, reviews and programmes from her Rose Street Festival in Edinburgh and also references to her films Happy Bees, (1955) and Aspects of Kirkwall (1981). This introduction to Tait’s work provides a unique insight into her mode of working and the layered nature of her practice. 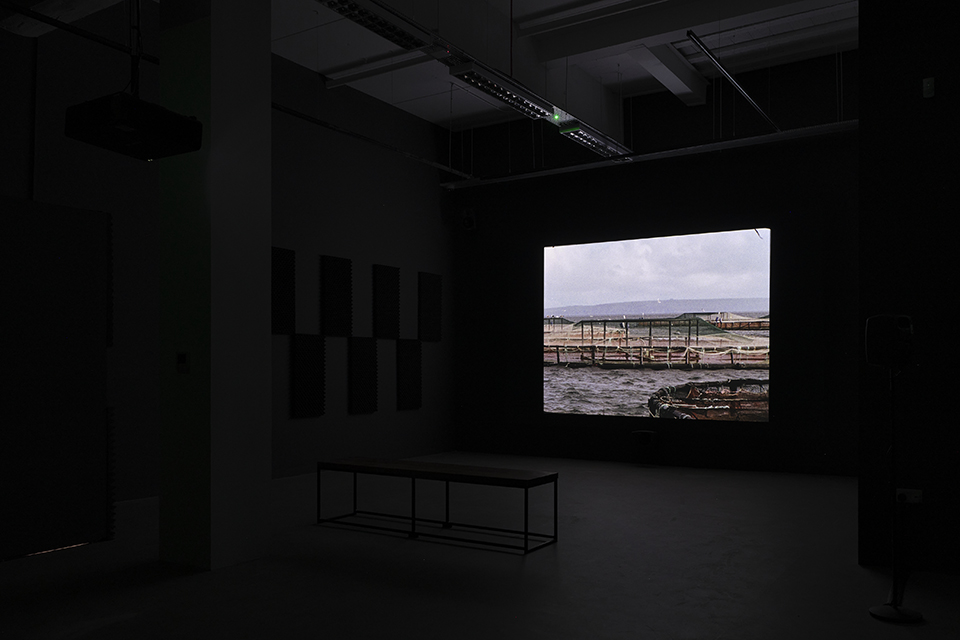 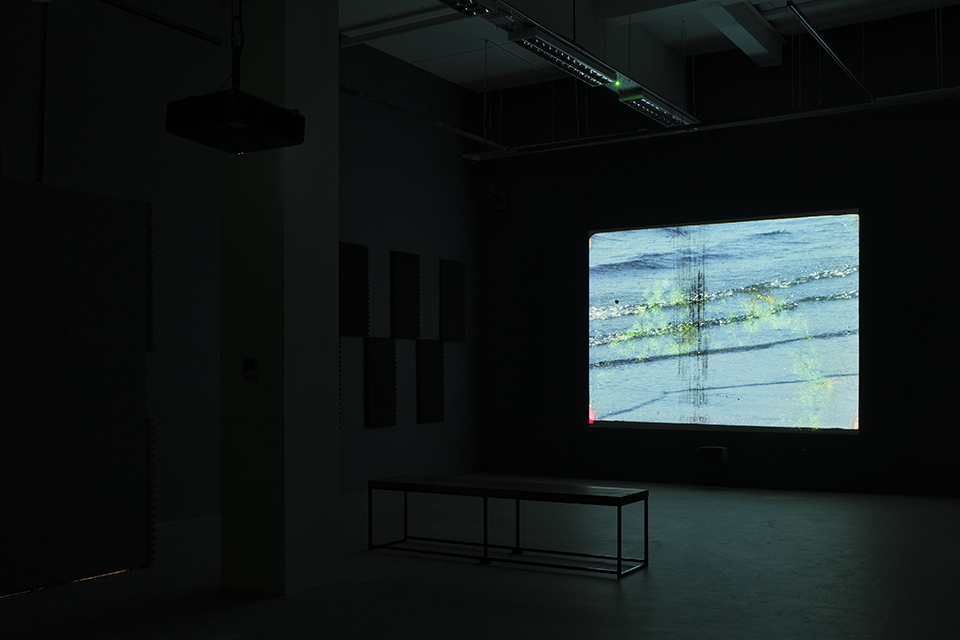 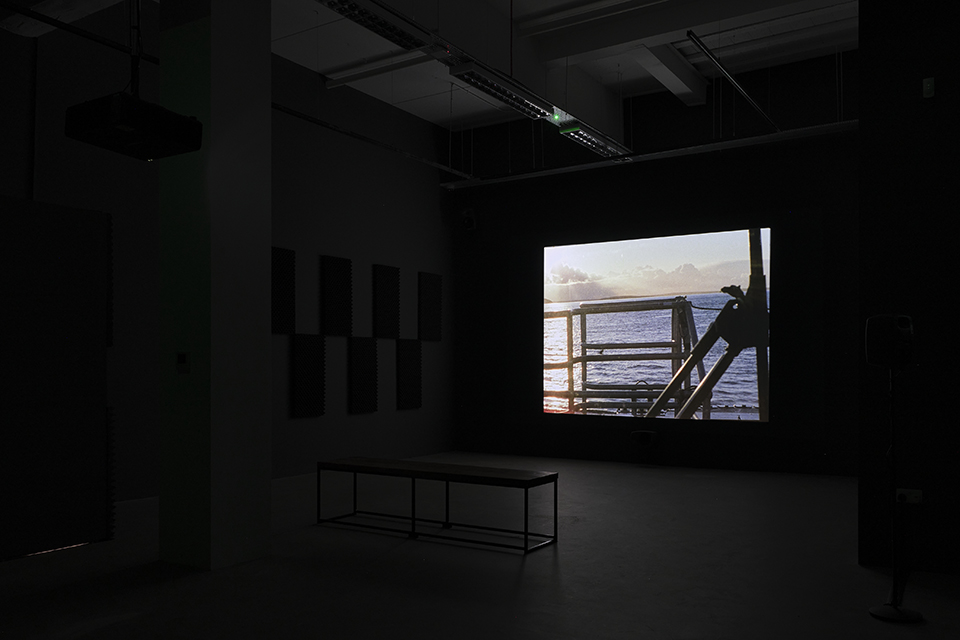 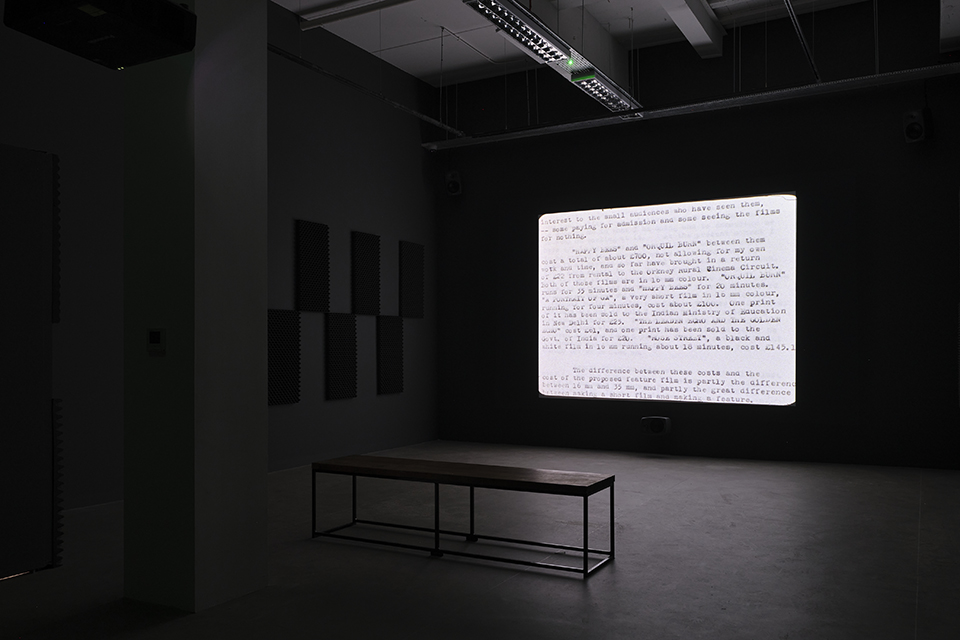 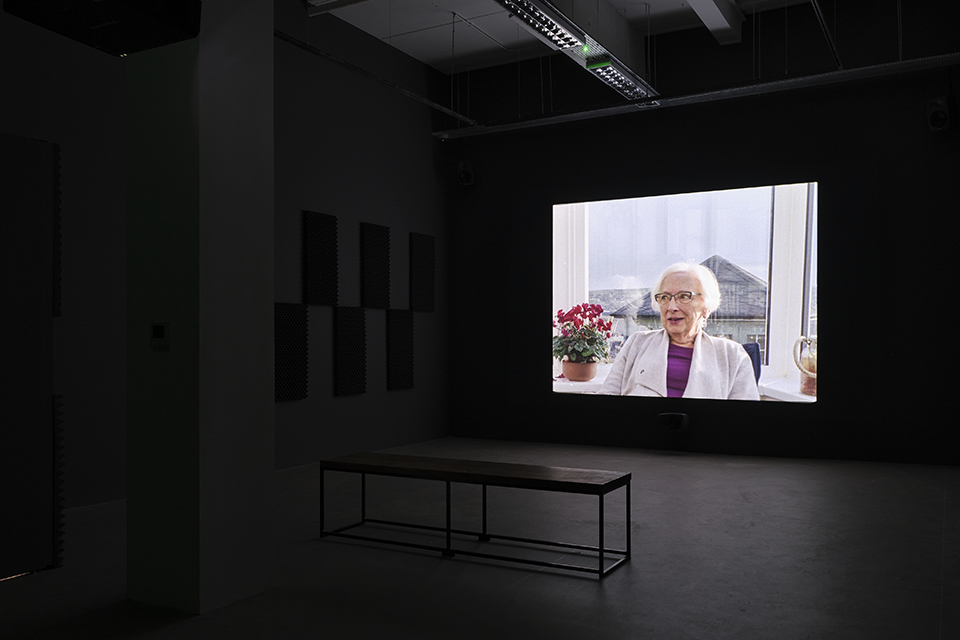 Luke Fowler’s film Being in a Place – A Portrait of Margaret Tait takes as its starting point an unrealised script for a feature film discovered amongst Tait’s documents in Orkney titled Heartlandscape: Visions Of Ephemerality and Permanence. Heartlandscape was originally written by Tait for Channel 4 in 1983 but never got beyond the proposal stage. The proposal describes several chapters including Garden Pieces (1998) which was realised and became Tait’s final film. At the heart of Tait’s proposal is the description of a landscape, and a journey through it; covering a terrain of moorland and hillside that Margaret knew intimately as her daily drive; from her home in Aith to her Studio, the old Orquil Kirk in Rendall. The journey encompasses views over Rousay and other Orkney isles and beyond it to the Atlantic ocean and Hoy but it was the diversity of the terrain that fascinated Margaret; covering everything from peaty wilderness areas to prehistoric dwellings and signs of modernity – the ‘heartlandscape’ could be read as a microcosm of Mainland Orkney.

This film sets about to offer a new reading of Tait’s life and work based on her own notebooks, film scripts, sound recordings, correspondence and portraits. Whilst the exhibition provides an opportunity to discover the works of Margaret Tait through archival material that demonstrates her multifaceted practice – through rarely seen watercolours, assemblages, poetry and films. Fowler’s film draws on the people and places that were so vital to Tait’s work whilst also looking at some, more recent, changes in Orkney’s landscape.

Although Tait’s films have been acknowledged recently as pioneering and ahead of their time – as a filmmaker, she lived a largely isolated life in Orkney. Apart from her feature film, her body of work – some thirty-two short films – were for the most part self-funded and self-distributed and, compared to the work of her male counterparts, often dismissed or ignored for appearing too “amateur-ish”.

Gallery 1 is co-curated by Sarah Neely.